In Fine Fettle: Making room for kindness and naps

I was running on a trail this weekend alongside a stranger who said his name was Mike and that he’d slid down that slippery slope of not exercising and then not eating right then boozing more. It’s a seductive slide with which we’re all familiar. He couldn’t have been that gluttonous – we were on mile 25 of a 31 mile mountain run. 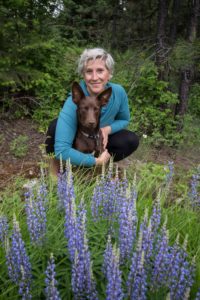 “I’m gonna get serious after this race though,” he was telling me. “Me too,” I said as I inwardly told my right foot to suck it up and stop cramping, we only had a couple more hours to go. “I’m going to be super duper kind to myself for a change.”

Training season, which sounds a lot more serious than I actually take it, is a time of the year when I have some pending commitment to run, ride, climb or otherwise suffer for specific distance or periods of time. The commitment adds a level of pressure to my life that is questionably healthy.

I have to get up earlier than I want. I have to run in the rain, sleet, and snow. I chew on vitamins like “branched chain amino acids” because I think they’ll magically make me awesome (there’s some science to support this, but most people don’t swallow them with red wine).

I typically combat this training load and physical stress with a free-pass for carbohydrate consumption in the form of scones glazed with self-pity, justification and cranberries. Then I lecture myself like I’ve got a winged Oprah on my left shoulder and Richard Simmons kicking my head on the right side.

Oprah is holding my hand and preaching self-compassion. Richard is telling me I’m going to have to sweat that pastry out to the tune of some Beach Boys song.

There is some sort of human nature or perhaps cultural pressure that drives us to a forced peak performance all the time. We must be exercising like we were that one year when we were training our hardest. We should be eating as clean as that time we got talked into a 30-days-to-perfection challenge. We should be sleeping eight hours. Taking our vitamins. Doing our breathing exercises. And don’t leave out all the investment in personal growth either. And family time. And sex. And starting that garden. And recycling.

It seems as though it may be unrealistic to expect ourselves to be all things all the time. By having this expectation, we’re setting ourselves up for failure. Even worse than the failure is the anticipation of it. Spending most of our days trying to narrowly escape self-flagellation does not appear to be particularly healthy of body or spirit.

When I’m training hard for something, it’s not really possible for me to not eat cookies. There has to be some sort of balance to my mental suffering. Sure, I’ve got to eat some steak and salad to nourish my body, but it’s the pie that nourishes my soul after a really hard day. Humans need that bit of kindness. It doesn’t have to come in pie either. It can be massages, pedicures, trash television or sleeping in.

So for the foreseeable future, I’m going to to nourish my soul and replenish by body. It has done its job well. It trained hard, it staved off most illness. It climbed Kilimanjaro in the middle there somewhere. And then it ran far and somehow didn’t even get blisters. Thank you, body. Thank you, stubborn Norwegian genes of determination. Let me show my gratitude by spending more time in the garden, eating a few less cookies, and sleeping in on the weekends.

As you’re planning your summer of being and doing all-the-things, remember to leave some space for kindness. Just because the days are longer doesn’t mean you have to fill them. But if you must, fill them with the occasional afternoon nap.

Ammi Midstokke can be contacted at [email protected]