A grain of salt: Why you should care if your tomatoes are huge

In my office, the questions of, “Should I eat organic?” or, “Are GMOs bad?” come up almost daily. The answer to both is, yes. But that isn’t always possible, and we have a culture that seems to think if we cannot be perfect 100% of the time, then why bother anyway? 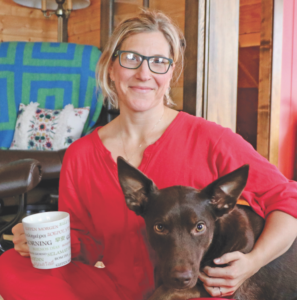 What has become blatant is a lack of education about what Genetically Modified Organisms are, how they function and why one group of people support them (mostly those who profit) and others do not (those who consume them, typically).

Genetically Modified Organisms are organisms that have had genes from a different species spliced into their own genetic code. This is different from a hybrid fruit tree or a hybrid tomato (a process we’ve been using since the dawn of agriculture). Rather, in GMO, DNA from bacteria, viruses, humans, plants, animals and fungi may be inserted. It is a fascinating science that will surely resolve and prevent many diseases. In the case of food, the evidence that it can cause disease is mounting.

In fact, Monsanto, the producer and distributor of GM seeds and the pesticides these seeds are resistant to, just lost an $80 million dollar lawsuit in a cancer case in San Francisco, a potential turning point in the ongoing legal battle against GMOs and toxic pesticides.

But why are these things bad for us? It is not known that simply splicing genes is dangerous. The often vague argument, “It’s not natural,” does not have any valid science to it, though one might argue that nature is doing a fine job managing things herself. Rather, it is what the GMOs are intended to do that is concerning.

There are typically two major genetic modifications made to plants. One of them is to make the plant toxic to pests, so when the pest chews on the plant, it actually dies. Unfortunately, farmers have found that other animals feasting on these plants (for example, sheep grazing on GM cotton) also died.

The other modification is to make a seed and plant resistant to glyphosate and other pesticide ingredients. These are often labeled as “Round Up Ready” and are patented by Monsanto. This means a plant can be sprayed heavily with these pesticides and not die. Everything else in the field dies (though we’re seeing an insurgence of ‘super weeds’ that are beginning to resist spraying as well — similar to antibiotic resistant bacteria).

The pro-camp will argue that hunger can be fixed with these farming techniques. Meanwhile, the starving Haitians burned the Monsanto seeds and politely declined a dependency on the industry. African farmers are seeing livestock die, and U.S. crops are being contaminated. Organic farmers in the U.S. will argue that they can produce as much as GMO farmers, and studies show that in times of flood or drought, their crops actually perform better than the GMO crops.

Regardless of the potential to resolve world hunger with corn meal and tofu, the issue of the biological impact of these products remains. The FDA has allowed companies like Monsanto to self-police and test the safety of their products in many cases, which should raise more than a few ethical concerns. Many of those tests, such as a three-month study on rats, showed no impact. But when the study was repeated by independent labs and lasted two years, those rats were covered with fatty tumors, developed cancers, lost fertility, had liver and endocrine disruptions and more.

What we also see in the research — independent research by white-coat folks working in labs financed by sources other than biochemical companies — is study after study that shows glyphosate (a key ingredient in RoundUp) is directly impacting the gastrointestinal tract in a myriad of ways that damage its tissues, function and health. Even in doses that are far less (three to 20 times less) than comparable doses considered dangerous to humans.

When we hear things like “the jury is not out” on the impact of GMOs, this is simply not valid because there are many studies that indicate that these products are having a harmful impact on everything from the soil to the farmer to the consumer. It is estimated that there are currently 11,200 open lawsuits against Monsanto alone. Those juries might not be out yet, and we’ll have to see who runs out of money first.

So should we avoid GMOs? That is an individual decision that each of us must make. We cannot make an intelligent decision unless we’re adequately informed. First of all, we need to have access to the information of which foods have GMO in their ingredients (the fight for clear labeling) and then we must seek objective information about the impact of consuming these products. In the mean time, hit up our local Farmer’s Market, look for the non-GMO Project label, and do a little reading.

To read more about GMO, access studies, or find other resources, check out https://responsibletechnology.org/gmo-education/