Even at their most inept, dads are the best

When I was a kid, I remember no authority more powerful and all-knowing than my dad. When you skinned your knee or needed help with a last-minute school project, mom was always a great resource, but for the other “dad-ly” matters like how to bait a fishing hook or how to change your car’s oil, dad’s word was gospel. 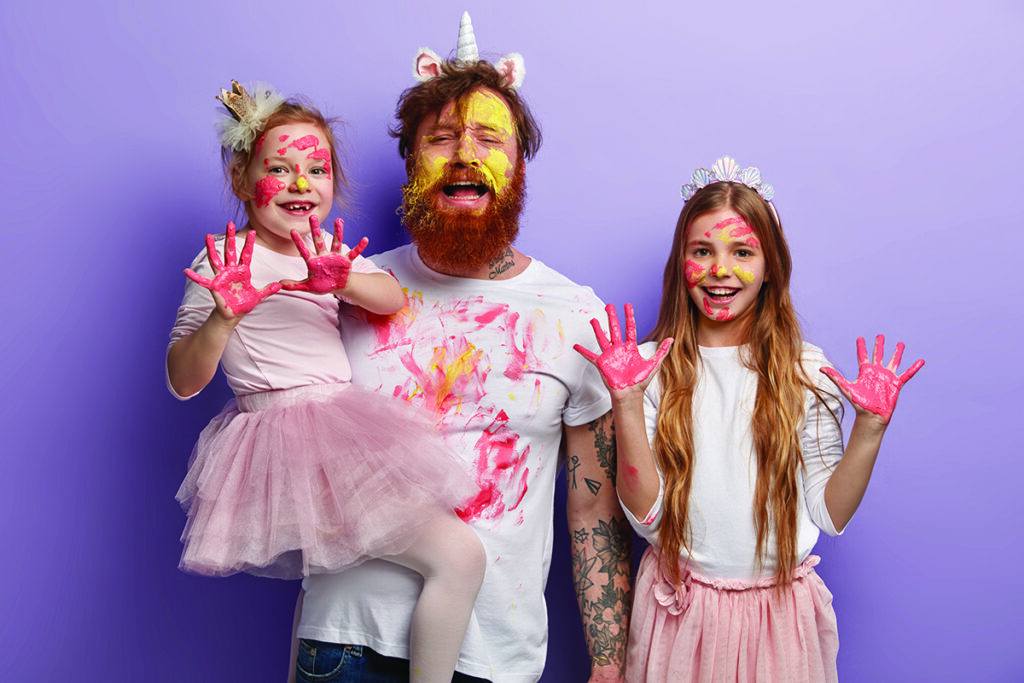 “Somebody please save me.” Courtesy photo.

It was only after growing up and watching my friends become dads when I realized that maybe my dad didn’t really know what the hell he was talking about all the time. Having no children of my own — a decision that seems to be the one we’ve stuck with — I’ve watched with hilarity some of the “dad advice” my friends have dispensed to their own children.

Most of the time, their words stuck true to the “dad tone” of authority, but when the little tykes scamper off with their world a bit brighter thanks to dad, I see what happens afterward, which is sometimes a shrug from dad, other times a comment that suggests they really don’t know if what they said was true, but it sounds like something a dad would say. Most of the time, I think they just want the kids to play somewhere else so they can finish drinking their beer in peace.

It reminds me that dads are not all-powerful, no matter how much they swagger and try to act like it. I can remember times in the past when my dad got us into some precarious situations. Like on a summer road trip to visit baseball parks around the country, he turned down a one-way street in Philadelphia and damn near killed everyone in the car to accomplish one of his patented short cuts. Or another time in Chicago when he was too cheap to park near Wrigley Field so he parked miles away in a seedy neighborhood. After the baseball game, while walking back to the car, we witnessed the aftermath of a shooting. I still have vivid memories of someone’s body hanging out of a passenger window. “They’re just playing around,” he told my cousin and me, hurriedly rushing us across the street.

Or the fact that he was usually too cheap to spring for hotel rooms while we traveled, so we all slept in the car at rest areas and washed in the bathroom like vagrants.

I could go on, but a short story about a father written by my good friend Jenna Bowers exemplifies the fact that while not all dads are good at everything, they sure leave lasting memories.

Jenna wrote the following about her dad, Ted Bowers, who remains one of my favorite people who has lived on this earth. After my own father died about 15 years ago, Ted stepped up and was there for me as a surrogate father until his own death a few years back. Jenna’s memories make me smile to remember the kind, gentle, man that was Ted Bowers:

“We went on lots of camping trips as a family. A few times we would borrow a boat to get to the more remote places on the lake. I was pretty young, so my memory is blurry, but the story has been told many times.

“We set out on what seemed to be a lovely summer day. When we got into the middle of the lake we ran out of gas. It was a pretty big bummer, because this was way before cell phones. We started paddling, hoping someone would come along and help us.

“Then, from across the lake we could see the storm quickly rolling over the water. Before long we were being tossed and turned in some of the biggest waves I’ve ever seen on the lake. Water was pouring into the boat so we were bailing as well as paddling. This seemed to go on forever. Eventually we washed up on a desert beach and made a miserable camp in the rain.

“The next day dawned sunny and beautiful and another boater came along and shared some gas with us. The story got around and we earned the name ‘The Baskets’ because, apparently, we were a bunch of helpless basket cases.

“The name endured as our family continued to have ridiculous mishaps, usually involving the wilderness. ‘The Baskets go boating,’ is the one that started it all.

“My dad was extremely capable and competent in most areas, but all the misadventures we encountered on the water led many to speculate that he was cursed when it came to boating. Eventually a boat-related malfunction claimed one of his fingers. He was thankful it was on his right hand so that he could still play guitar and bass.”

Whatever type of father you are, whether you know everything or just claim to, here’s wishing you all a Happy Father’s Day.