KRFY gives thanks with a free documentary film showing

Local radio station KRFY 88.5 FM is thanking the North Idaho community for its support of the radio station with a free showing of the award-winning 2017 documentary film “Rumble: The Indians Who Rocked the World” at the Panida Theater on Friday, May 25, at 7:30 p.m. Doors open at 7 p.m. 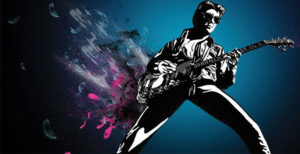 “Rumble” sheds light on the influence of indigenous peoples on nearly a century of jazz, blues, heavy metal, folk and pop music. Learn about Mildred Bailey, a member of the Coeur d’Alene people, who had three number-one hits in 1938 and 1940. She was an early influence on Tony Bennett. About rock guitarist Jesse Ed Davis, whose father was Comanche and his mother was Kiowa. Besides his solo recordings, Davis performed with Taj Mahal, Leon Russell, Eric Clapton, Jackson Browne, and others. Discover Link Wray of Shawnee descent whose 1958 song “Rumble” with its use of distortion and bass gives the title to this film. Rolling Stone placed Wray at number 45 of the 100 greatest guitarists of all time.

88.5 KRFY has been on the air for over seven years, and part of its mission has been to educate and entertain. “Rumble” does both, and the free showing is the station’s way to give back to the supportive north Idaho community.

So, mark the date of Friday, May 25, at 7:30 p.m. on your calendars and join KRFY in a free showing of “Rumble: The Indians Who Rocked the World” at the Panida Theater.