It doesn’t matter the country or culture: Human and sex trafficking exists everywhere, and it leaves human suffering in its wake. 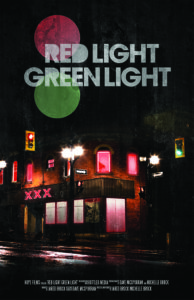 That’s the message of “Red Light, Green Light,” a documentary film set to be screened at the Little Panida Theater. The film screening is a part of an event meant to educate the public about the realities of human trafficking and generate support for its victims. The event is co-hosted by the organizations Inside Out and Hope Films with the goal of actively fighting human trafficking in Idaho.

“Red Light, Green Light” spans 10 countries and features interviews with experts and survivors of human trafficking. It is the result of two filmmakers attempting to answer the question, “How can we prevent sexual exploitation before it happens in the first place?”

The film specifically highlights how women are often lured into the sex trade through manipulation, economic desperation or coercion. Women tell their own stories about how boyfriends or spouses manipulated them into sex work. Likewise, individuals with no other viable income found themselves seeking a decent wage and instead found themselves in sexually or physically abusive situations.

The psychological relationship between buyers and sellers of sex is also detailed, portraying a power dynamic of men who need a rush of control. In one extended interview, a former John frankly describes what first led him into soliciting sex — and what kept him a customer for 20 years. The film goes on to detail the toll it took on him, his family and the women he saw.

Also under the microscope are the various legal approaches to dealing with the sex trade and human trafficking. The filmmakers examine countries with legalized prostitution, the prohibition of both buying and selling sex and the Nordic model, which decriminalizes selling sex while still prohibiting the purchase of sex. The intent of the latter approach is to create a system that attempts to reduce demand for prostitution while providing support for the individuals caught up in the trade.

The filmmakers hope that screening of “Red Light, Green Light” will not only educate the public on the consequences of human trafficking but also empower audience members to take a stand against abuse.