Which fruit will rule them all?

Funny things happen to a person when they turn 40. They start amassing crock pot recipes and have flannel shirts older (and sometimes more cherished) than most of their friends. Instead of talking about punk bands or radical politics at the bar, they discuss true crime documentaries and where to invest their Roth IRAs. That is if you can even get them to a bar, because life at home seems more enticing as you look back at your 30s in the rearview. 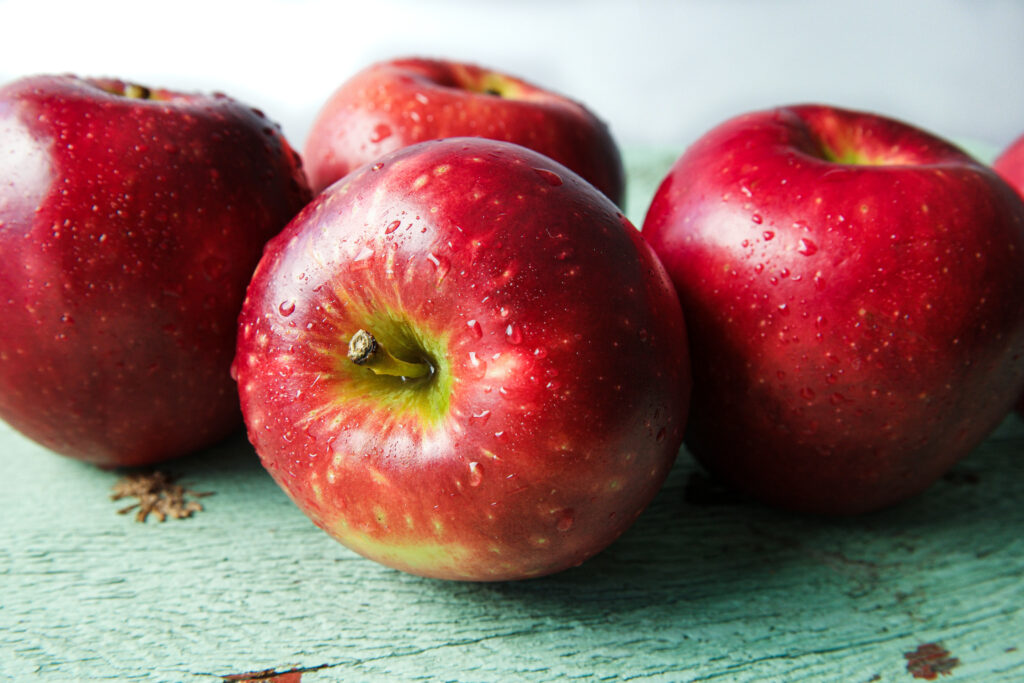 The Cosmic Crisp apple wins this round. Courtesy photo.

Having suffered from Peter Pan syndrome for most of my adult life, the thought of getting old has always scared the crap out of me. I don’t want to be stuck in a body that gives up on me.

In that spirit, I’ve attempted to reduce a few things from my diet: chips, fries, pasta, baked goods and that dreaded serpent god sugar, which has such a stranglehold on many of us. The only sugar I’m allowing myself for the time being comes from fruit alone — mostly apples.

Like a junkie in search of a fix, I have jumped head first into a completely unscientific study of apples. I must eat two a day to curb the insatiable call of the sugar gods, often trying different varieties to spice things up a bit. I never realized there were so many different varieties — more than 2,500 in the U.S. alone, and closer to 75,000 worldwide. Never before have I held such an intimate and meaningful relationship with this most humble of fruits. In that spirit, I offer this list of what I consider the best varieties of apples, and some real stinkers. May it serve you well in your own quest for the golden fruit.

Hands down my favorite apple of 2022. Cosmic Crisps are big and round, with a mottled red skin like Honeycrisp. They have a firm flesh that is as crisp as you can get in an apple, but not as sweet as the Honeycrisps, more flavorful than a Fuji. Instead, there’s a sour note that makes me think a little Granny Smith might have leaked into the gene pool. Excellent raw with a schmear of peanut butter.

The workhorse of the red apple line. Firm and sweet, with white flesh and a crisp bite, Fujis also hold up well when shoved into a hiking pack and trekked seven miles into the mountains (nothing, and I mean nothing tastes as good as a cold Fuji apple beside an alpine lake after a long hike). Like Tom Waits in the 1980s, Fuji apples are huge in Japan. They were introduced to the U.S. just 40 years ago, but now there are more produced here than in Japan. They also have a long shelf life, staying dense and fresh for extended periods of time. Some whisper legends that Fujis are the sweetest of all apple varieties.

I prefer red wine to white wine, and red apples to green ones, but there will always be a special place in my heart for Granny Smith. The real Granny Smith was named Maria Ann Smith, who discovered these neon green and tart-as-can-be apples growing on her property in Australia in 1868 in a place where she often tossed French crab apples. They have a firm, juicy texture with a lemony tang that could induce drooling from your sour face. Excellent for baking, they also pack a great crunch when dehydrated. The skin is kind of waxy sometimes, but who’s perfect?

The new kid in the apple market, Opals have quickly risen to fame in the produce aisle. They take after a Golden Delicious, which is one of its parents, the other being Topaz. Sweet and sharp, Opals are floral, with a hard flesh like tight-grained wood. Their pale skin has freckles like someone who forgot to apply the SPF-55. They are cultivated only in Washington, where one grower controls the entire U.S. market (capitalism!). Opals are best eaten raw or, if you’re a psychopath, while you’re standing in the shower.

Another youthful upstart like the Opal taking on the apple variety hegemony is Jazz. This tough little hepcat was first cultivated in New Zealand, but now considers itself a world traveler. Extra crisp, with notes of exotic pear, they have a buttery yellow flesh that makes you feel like you’re eating one of the characters from the Simpson’s. Probably Ned Flanders. If you can eat a Jazz apple while playing jazz trumpet at the same time, you win-diddly-in.

I wouldn’t say Gala apples are bad. Eating dung is bad. Gala apples are better than eating dung. Hailing from New Zealand, Galas are a cross between a Kidd’s Orange Red and a Golden Delicious for those of you up on your apple husbandry. They are pleasant to look at, with pink-orange stripes over a gold base, but as my granddaddy used to say, “You don’t et an apple with your eyeballs.” OK, neither one of my grandfathers ever said that, but they could have. Biting through a Gala’s thin skin, the flesh leaves you with a dull, uninspired feeling, like many other things in life. However, like many other things in life, Gala’s are improved with peanut butter.

This dowdy little tart seems to have more invested in its fancy name than in its flavor. Pink Lady is the brand name for the Cripps Pink variety of apples grown under a specific license, dictating a rigid sugar-to-acid ratio. Those that don’t qualify are sold as Cripps rather than Pink Lady apples. (Side note: Why didn’t they name Pink Lady apples Bloods? Then you would have gang warfare between the Cripps and Bloods apples, battling for who has the best sugar-to-acid ratio. Someone missed a golden opportunity. A Golden Delicious opportunity). Besides its dandy name, Pink Lady apples are firm and crunchy, but so are every other damn apple on this list. Life’s too short to waste on such pageantry.

Like Hobbits, and many of the apples in this exhaustively accurate list, Braeburns hail from New Zealand. They are distant cousins of one of the oldest varieties — Lady Hamilton — and one of the sourest — Granny Smith. Born with a chip on their shoulder, the rough-and-ready Braeburns struck out to forge their own way in life without such fanciful lineage weighing them down. Like a jockey falling flat on his face right at the starting gate, they failed. These thin-skinned buggers are quoted to boast “textbook apple flavor” by one reviewer. That same reviewer also noted that the tap water he was drinking was “wet” and “liquidy.” There are supposedly faint notes of nutmeg and cinnamon in Braeburns, but all I detect is bland apple, second cousin to crab apple. When I bite into a Braeburn, it’s like hitting a tennis ball against a wall. It’s fun, sure, but do you even want to play tennis? It’s like 40 degrees out there right now.

Once known as the Hawkeye, the Red Delicious is a fallen heir to a once powerful apple throne. Like English royalty and the entire population of the Deep South, the Red Delicious has suffered from generations of inbreeding. The goal was to achieve longer shelf life and greater cosmetic appeal (translation: sexy apples that could stay hard longer). The result is that most of the flavor has been cultivated out of this once noble fruit, leaving behind a cliché of an apple trying to live up to its pretentious name. It now has a skin thick as a toad’s arse and an unsatisfying crumbly texture when bitten into.

“They must be good for baking, though, right?” Think again, partner. Put a little heat on this malaka and it’ll mush up like baby food faster than you can say Johnny Appleseed. Worst apple ever.

(Fun fact: Johnny Appleseed was most likely based on a real person named John Chapman, a strange old man who gathered leftover seeds from the German cider mills south of his cabin on Grant’s Hill in Pittsburgh and sold or bartered them for cash, but sometimes only got a few dirty shirts or a hat in exchange. As a result, Chapman wore eccentric attire consisting of a tin can hat, coffee sack cloak and tramped about barefoot to sell his apple seeds to pioneers trying to settle the American West. He died of pneumonia. Go figure.)