A friend and I hiked up along Johnson Creek in Clark Fork last month, popular for winter recreation, only to find ourselves on the heels of a young family from Washington whose large dog stepped into a wolf trap set too close to the trail, according to the first Idaho Fish and Game officer we met. Or it could have been a legally placed leg-hold trap to catch a bobcat that wounded a deer, as reported by the other officer. At least it was good to know that the bloody tracks in the snow were from leaping prey, the natural order of things, and not from the family’s dog. The somewhat traumatized mom was grateful, as well, that her two little kids were safe. 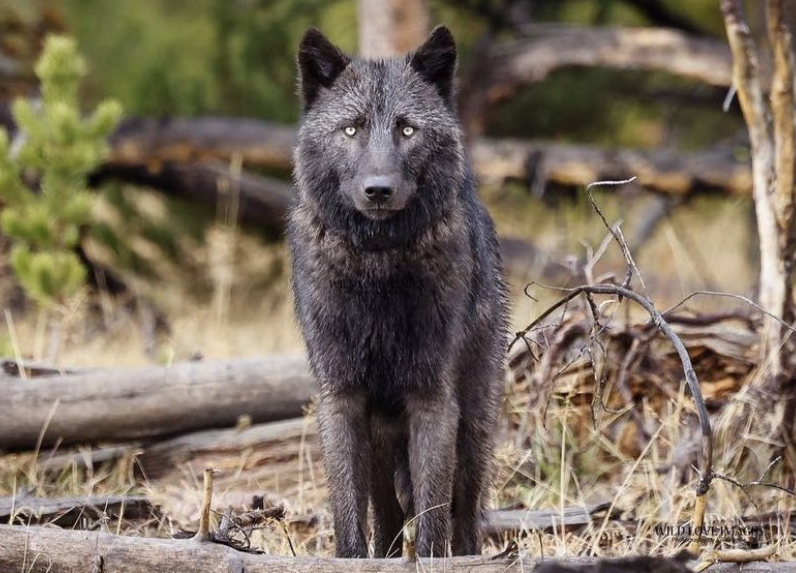 Chip Corsi, IDFG regional director in Coeur d’Alene, says lawful trapping doesn’t present a threat to public safety. Even so, the trapper was asked to remove the trap because of the disturbance. Traps are legal when set only 10 feet from the edge of any trail or unpaved road.

The reality is that dogs are increasingly being caught in traps set for large carnivores, primarily wolves, in North Idaho (see Jen Quintano’s, “LumberJill” column in the March 10 Reader).

The Idaho Legislature’s “no holds barred” hunting and trapping directives in 2021 and a year round wolf season is to blame. Corsi admitted that trappers “are getting sideways with recreationists” because it’s a far more effective way to kill wolves than hunting. But family pets are not the only collateral damage — an imperiled lynx or wolverine could be caught.

Corsi couldn’t tell me how many wolf hunters are out there in this July 1, 2021-June 30, ’22 “season,” because wolf permits were automatically issued to any big, or small, game hunter who purchased what’s known as a Sportsman Pack for deer, elk, turkey and so on. Still, wolves are not an easy animal to kill. They can hear up to 10 miles away. But it’s important to know that IDFG has been directed to eliminate 1,350 of the estimated 1,500 wolves in the state, just 150 wolves shy of what would put them back on the federal Endangered Species List.

This isn’t conservation, it’s going backwards in both science and sanity.

Wolves were eliminated in Idaho 100 years ago like everywhere else in the West. But, like in Yellowstone National Park, they were reintroduced to our state in 1995 by the U.S. Fish and Wildlife Service after several years of planning and contentious debate.

Beginning in 1990, I followed the Nez Perce Tribe’s interest in reintroduction for cultural and ecological reasons. Tribal leaders were hopeful for the return of the wolf, considered to be a close relative and important to them spiritually. Despite providing core habitat, Idaho wanted nothing to do with wolf management, so the Nez Perce Tribe stepped up to help restore this essential predator to Idaho’s wild lands. Respect for coexistence with wolves led to impressive population growth.

But in 2008, IDFG took over management, and it did not bode well for wolves. Their numbers declined. Then in 2011, a rider in an omnibus budget bill removed them from Endangered Species protection in Idaho, as well as in Montana and Wyoming. Since then thousands of Idaho’s wolves have been killed by trappers, hunters and state-hired USDA Wildlife Services sharpshooters from aircraft. Professional hunters have killed entire packs in Wilderness areas to boost elk populations. Since 2017, an average of 472 wolves have been killed yearly — more than a third of the yearly population — and 170 in the panhandle. But Corsi says that despite drastic changes, there’s been no appreciable increase in wolf harvest compared to prior years — 250 wolves statewide and 50 in our region since July. But the mandate stands: to kill up to 90%.

Sadly this hatred of an entire species is also part of Montana’s modus operandi, and it’s decimating Yellowstone’s protected population of gray wolves. A handful of Idaho and Montana hunters have killed 20% of Yellowstone’s wolves this winter, due to a lack of cooperation with park managers and removal of safe zones whenever the animals step outside park boundaries only 3% of the time. A wolf, acclimated to millions of visitors with cameras or spotting scopes, can’t discern a human with a rifle aimed to kill.

The Phantom Lake Pack is gone. The Bechler Pack on the Idaho side is extremely vulnerable. Rogue states and selfish hunters are taking wolves back to the era of eradication, undoing 25 remarkable years of creating an intact ecosystem and the best wolf science in the world.

It’s now up to U.S. Secretary of the Interior Deb Haaland and new USFW Director Martha Williams to put wolves in the Northern Rockies back on the Endangered Species List. But it will take every nature-loving voice to make it happen.