Regardless of whether you’re on COVID-19 quarantine at home, most of the world’s premiere art galleries, museums, libraries or exotic places are, or probably will soon be, on public health lockdown to halt the spread of coronavirus. Hell, unless you have unlimited time and money, it wouldn’t matter if there was a global pandemic — you couldn’t afford the travel, admission or lodging anyway.

For as much as this day and age seems like a dystopian dumpster fire, one thing we have going for us is the ability to digitize and make available some of the greatest works of human genius and examples of natural splendor — what the internet was supposed to deliver, instead of the means to commit mass civic suicide with only our thumbs as weapons.

Here are a few examples of how far you can go from the comfort — and viral safety — of your couch. You might even learn something, rather than spending an hour scrolling through Netflix only to rewatch The Office/Friends/Parks and Rec for the 50th time.

A world of art

As reported in early March, Google Arts & Culture has brought together more than 500 museums and galleries from across the planet to open their collections for the casual peruser. It’s a stunning achievement that, in better times, would have to be ranked among the great cultural events of the century. 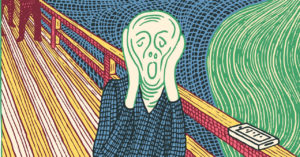 Check out the National Gallery of Art in Washington, D.C., which features a staggering 42,462 items drawn from across the world, spanning centuries and artistic styles. This one alone could keep you occupied for days. Meanwhile, MOMA includes hundreds of items organized in categories ranging from contemporary and installation to sculpture, abstract and performance art. You’ll recognize names like Cezanne, Van Gogh and Dada, plus discover many others.

Go to the Musee d’Orsay for all the French impressionists and stylistic pioneers of the 19th and early 20th centuries. Looking for the classics? The Uffizi Gallery in Firenze, Italy offers a breathtaking catalog of Renaissance and Baroque works from the greatest names in Western art history.

Some other highlights include The Met in New York; The National Gallery and Tate Britain in London; The State Russian Museum in St. Petersburg; the Acropolis Museum in Athens, Greece; The Israel Museum in Jerusalem; the National Museum in New Delhi; Hong Kong Museum of Art in China; Tokyo National Museum in Japan — it’s literally the world’s greatest collection of masterpieces, all accessible for free and, bonus, each item comes with a zoom function powerful enough to see those tiny brush strokes that add up to genius.

The Smithsonian Institution has for 174 years been the United States’ top scientific, historical and cultural repository. Up until recently, however, you had to go to Washington, D.C. and plan a solid three days to wander through its exhibitions. That changed Feb. 25, when the Smithsonian announced a “gargantuan data dump” of 2.8 million high-resolution images — both two- and three-dimensional — on its new Open Access platform.

Not only is the collection completely free to view, visitors may also download images that include everything from photographs, documents and art pieces to interactive 3-D models of things like dinosaur skeletons, historical artifacts and pieces of game-changing technology.

All of the Smithsonian’s 19 museums, nine research centers, libraries, archives and the National Zoo are in on the project, which is only just beginning. Another 200,000 such images are slated to be digitized and made available throughout the year, as part of an ongoing effort to broaden the availability of its collection of more than 155 million items.

In all likelihood, at some point you will find yourself sequestered at home with some kid(s) and, odds are, they’ll be even more bored than you are. As anyone who has ever spent time around bored kids knows, there’s nothing worse than bored kids — and nothing better for them having an adult read to them.

The Library of Congress in May 2019 made available 100 historically significant kids’ books spanning the eras, from classics that are still standards today to those that were published and disappeared from print in England and the U.S. before 1924.

Not only are many of the selections interesting for their age, but the digitizations are immaculate, giving readers the opportunity to experience both the text and the often incredible illustrations. We find Denslow’s HumptyDumpty, 1903; and The Cheerful Cricket, 1907, of particular charm.

We would be sick in the head not to give a nod to the East Bonner County Library’s Digital Library offerings, which — with your library card, of course — give access to everything from books, music and videos to magazines and homework help for kids.

Here, too, we’ll have to give props to the library’s amazing database of historical newspapers (eastbonner.advantage-preservation.com), which range from the 1890s to 2009 — perfect to catch up on your local genealogy project or just get a fascinating peek at area history.

If you still can’t find anything to pique your interest among these selections, take a random chance and hit up any of the “250+ Killer Digital Libraries and Archives” curated by the Open Education Database and offered — mostly — for free to the general public.

Organized by state, the list runs the gamut from university libraries to research institutions, state agencies, nonprofits, local libraries, specialist archives — if you have an interest, you name it and it’ll be somewhere in there.