The unfounded fear of social justice

Opposition to “social justice” by the Idaho Legislature, while troubling, is not surprising. If you are in a majority, which has experienced power and advantage, it’s uncomfortable to admit you’ve been part of an unfair system. This may be why Republican politicians are defunding education programs that teach a more complete story of American history. 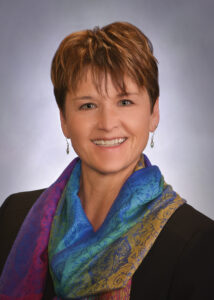 Republican legislators have leveled an assault on higher education programs addressing what they define as “social justice” issues. They cut Boise State’s budget because they felt threatened by diversity/inclusion programs, which are shown to have positive impacts on graduation rates. GOP legislators killed an early education bill from fear children would be introduced to “social justice” teachings — coursework emphasizing acceptance of all people. Quoting one legislator, these programs would also “encourage women to leave the home,” so the majority voted against funding early learning.

Sexism is alive and well in the legislature. Sentiments about a woman’s “proper” place in society simmer under the surface until they bubble up in votes like these, and he’s not alone. We see it in decision after decision. We couldn’t pass a simple bill to expand access to prescription contraception. We don’t have full-time kindergarten or preschool because of sexist attitudes about a woman’s so-called role. After fighting to raise awareness about sexual and domestic violence, we couldn’t pass common sense legislation to keep firearms out of the hands of convicted domestic abusers.

Clearly, if you don’t fit in the majority, you will be silenced, defunded, erased — dare I say canceled due to fear that traditional culture will be pushed aside.

This backlash against “justice for all” is not uncommon. When people in power feel their way of life is threatened, a common reaction to protect and fight back emerges. Our fight shouldn’t be against everyday citizens just trying to get by; it should be a fight against myths of meritocracy and individualism that have been ingrained in education and culture. I was taught growing up if you just worked hard enough, you could do anything, but that’s really not true.

We have all been indoctrinated into a false narrative of our history. Policies and laws in our country have been enacted to work against people not in the majority. A quick Google search reveals what my public education left out about being American and the difficulty accessing the American Dream if you aren’t in the majority.

I was taught about the founding fathers, but I wasn’t told they owned slaves. I was taught the Thanksgiving story, but not the Trail of Tears and genocide of indigenous people. I learned about Abraham Lincoln, but not the Great Compromise deeming Blacks as 3/5 of a person, nor about lynching or Jim Crow. I was taught nothing about “redlining,” the government’s practice to segregate and deny property ownership to people of color. I learned about the Civil War but not the Confederate “Cornerstone Speech” that used Christianity to justify slavery.

My public education reflected the values of the “majority” — it wasn’t until an educator challenged my own thinking that I began to examine what “justice for all” meant to those not in the majority. Educators are demonized for encouraging critical thought and inviting us to lean into discomfort as we learn a more complete narrative about our history. Social justice programs are merely set up to open our minds to a more inclusive truth.

Being from the white majority, I may not be responsible for past oppression, but I am responsible for righting wrongs and acknowledging how I have benefited from that privilege. And if we are going to achieve “justice for all,” we must look beyond what a quick Google search tells us and beyond what makes us — the majority — feel comfortable.

Melissa Wintrow is a first-term senator representing District 19 in Boise. She serves on the Transportation, Health and Welfare, and Judiciary and Rules committees.