A legal firm representing development company M3 ID Camp Bay, LLC sent a cease and desist letter dated Sept. 2 to lawyers representing Fred and Jennifer Arn, a couple residing on Camp Bay Road who have been vocal in opposing M3’s efforts to vacate a portion of the road that some argue leads to public lake access.

“While M3 ID admires and supports earnest grass-root campaigns genuinely seeking to protect and/or advocate vested public rights, your clients have evidently chosen to pursue a path of misrepresenting the operative facts and the applicable law to the public at large (or, at the least, to withhold highly material aspects of the same),” wrote Rick Haruthunian, an attorney with Coeur d’Alene-based Ramsden, Marfice, Ealy & De Smet, the law firm representing M3.

“Such conduct, along with their unabashed disparagement of the company and its principals, has severely damaged M3 ID in a manner clearly actionable and recoverable under Idaho law,” the letter, addressed to the Arns’ lawyer, Preston Carter of Givens Pursley, continues. “Such conduct has necessitated this letter, which to provide some color is the first cease and desist letter issued on behalf of M3 ID and/or any affiliate entity in over forty (40) years of business.” 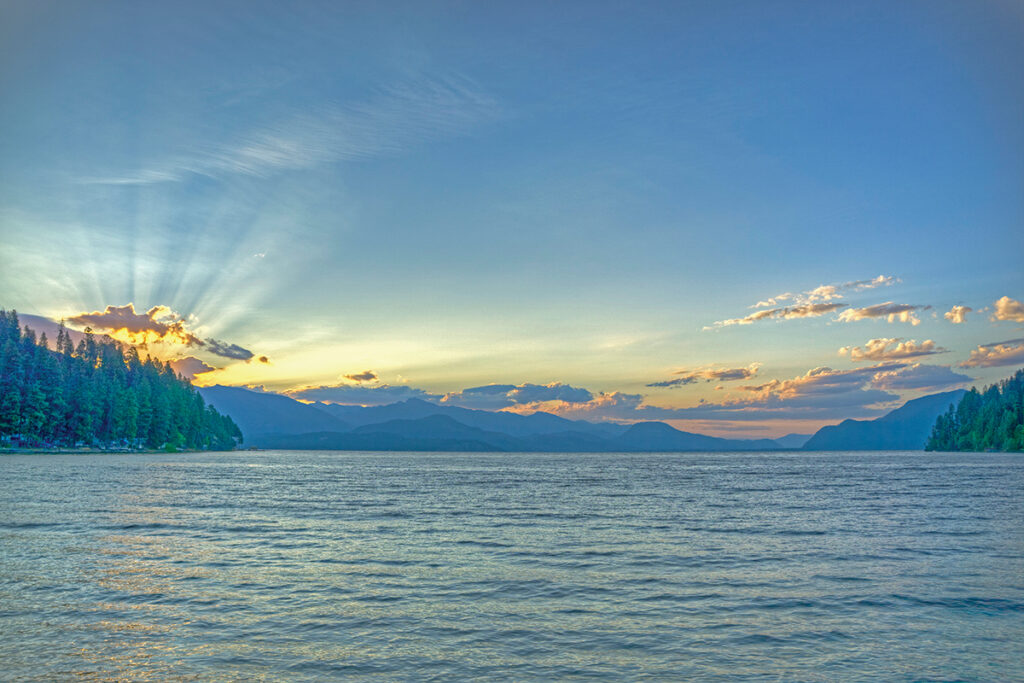 The letter marks the latest development in the legal battle over 50 feet of Lake Pend Oreille shoreline located at the end of Camp Bay Road. Bonner County commissioners approved M3’s petition to vacate the last 2,550 feet of the road in April 2021, ruling that such an action would be in the public’s interest. The Arns challenged that decision, with a judicial review on the claim that Camp Bay Road provides public beach access, and the court remanded the matter back to the commissioners, stating that the board “failed to issue an adequately written decision,” among other deficiencies.

Also in that ruling, the judge noted that the road extends “from Sagle Road to its termination at the high-water mark of Lake Pend Oreille in Camp Bay.” The parties disagree about where, exactly, that high-water mark exists.

The road’s termination would prove to be a sticking point for the county commissioners, who voted against the road vacation in a second hearing on the matter in February 2022, citing uncertainty regarding lake access. M3 filed for judicial review shortly after, and the Arns intervened. With attempts at negotiations having fallen through, both parties now await a ruling from the district court.

The September cease and desist letter from M3’s lawyers is extensive, running to 10 pages, and details several instances of what the company’s legal representatives call “fundamentally flawed and inflammatory public comment.” The letter threatens “immediate legal action” unless the Arns retract or remove online statements no later than Monday, Oct. 3.

The letter points specifically to statements written on the Arns’ website, 50feet.net, as well as on Facebook, which make claims of public lake access at the end of Camp Bay Road.

The letter concludes with a request for the correspondence to serve as a “litigation hold” on all materials pertaining to M3, dictating that the Arns and their legal counsel refrain from sharing such information with a list of platforms and individuals, including social media, 50feet.net, local land use watchdog nonprofit Project 7B, county officials and employees, some local legal professionals and media outlets, anyone who has contributed to the Arns’ GoFundMe campaign and others.

Neither representatives for M3 nor Fred Arn commented on the letter before press time.