A lifetime of beautiful music

Leon Atkinson lived a unique life. The world-renowned classical guitarist could bring an audience to tears during his performances, where he showcased his talent with six strings. Atkinson was also a professor, a concert producer and a longtime radio host. He performed with such greats as Nina Simone and the New York Philharmonic. He met and played for legendary classical guitarist Andres Segovia. He served as Harry Belafonte’s music director and founded five classical guitar programs in colleges around the country. 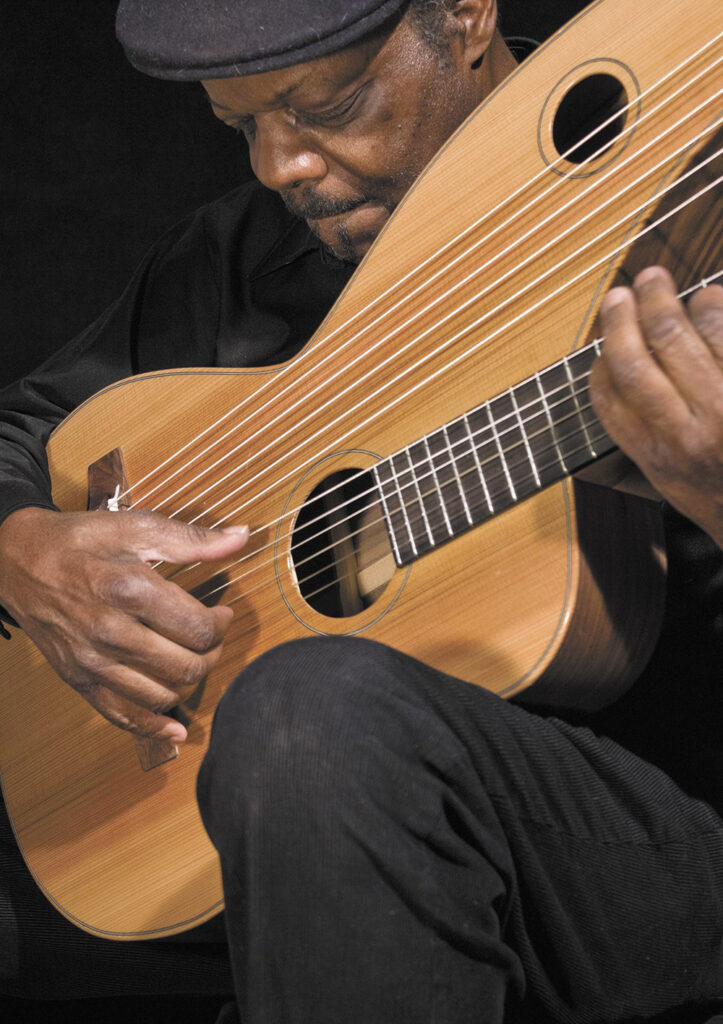 Atkinson passed away on Sept. 1 at the age of 75. There will be a tribute to his life at 11 a.m. on KPBX Spokane Public Radio, hosted by Verne Windham, with whom Atkinson hosted the show “Guitar Hour” for 28 years. There will also be a memorial open to the public at the Jacklin Arts and Cultural Center in Post Falls on Thursday, Sept. 15 at 11 a.m.

Spending most of his adult life in Sandpoint, where the population is more than 92% white, and choosing to play classical guitar, Atkinson walked a separate path than many.

“Well, the first thing when you enter anywhere as a Black classical guitarist, someone — maybe more than someone — will say, ‘Oh, do you play the blues? Can you play the blues scales or something?’” Atkinson told Richter. “And it’s quite insulting to me that because I have black or brown skin, they automatically associate me and guitar with playing blues. And I can play blues, but I’m a classical guitarist.”

Growing up in New York, Atkinson knew at a young age that he wanted to play music as a career. He was just 3 years old when his father took him to the Apollo Theater to see Josh White Sr. perform.

“He was on the stage with a stool and a pink floodlight, and he sang a song called, ‘One Meatball.’ It just touched me and I knew that’s what I wanted to do,” Atkinson told local writer and musician David Gunter for an interview in the Sandpoint Magazine in 2010.

Atkinson gained proficiency on guitar quickly, studying under guitarist Mark Oalth when he was 8 years old. Before he was out of school, Atkinson had already appeared on national television and was earning money as a studio musician, landing gigs by intercepting calls meant for his older, violin-playing brother.

By the 1970s, Atkinson walked away from his growing career as a performing artist in New York by moving out West, to a small town called Sandpoint.

Gunter shared stories about meeting Atkinson shortly after moving to Sandpoint in 1978.

“My admiration for Leon moved up a couple of notches just because, when it comes to race, gender, sexual preference, any time you’re the only one of somebody, it’s a pretty lonely road,” Gunter told the Reader. “Leon walked it with a lot of grace and a lot of chutzpah. … He was a legendary intellect.”

In Sandpoint, Atkinson dug in and got to work. He founded guitar programs at Whitworth College, Gonzaga and Eastern Washington universities, and North Idaho College. Transitioning from being primarily a performer and studio musician to an instructor was a rewarding challenge for Atkinson, which he pursued with a dedication to help share his love of music with others.

“One of the young Black men I taught when he was 10-years-old was Lenny Kravitz,” he told Lead Guitar.

One of Atkinson’s last students was Sam Clemmons, who first met the famed guitarist by chance.

“I ran into him by chance and we kind of hit it off,” Clemmons said. “I was also doing some work for him because he was getting older and needed the help. I was kind of a guitar student, but mainly I liked listening to all the stories he had to tell and his advice about life.”

Atkinson experienced several health issues in the early 2000s, including a bout with cancer and ongoing kidney failure, for which he had been receiving treatments for more than a decade. In recent years, he switched from playing a classical guitar to a harp guitar, which is a regular guitar and second set of unfretted strings played open to provide a unique interplay between tones.

Atkinson left behind a lifetime of beautiful music, along with many admirers of his talent. In wrapping up his interview with Gunter in 2010, Atkinson outlined what exactly music meant to him: “I see music, not in any kind of isolated way, but as a part of the involvement with the landscape of life,” he said. “The trees and the water and the rain. It’s all music and it all connects.”