Idaho drivers who find themselves unable to renew their driver’s licenses need not fret—the state has announced that all expirations are extended to Oct. 31. 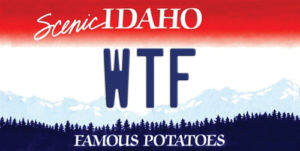 Offices across the state, including here in Bonner County, have recently been crippled by a botched rollout of new software. Now state officials are scrambling to address the issue even as drivers find themselves waiting to handle their vehicle business.

State officials said the rollout of new software was a badly-needed upgrade to the antiquated computer system it previously used. However, the introduction of the new software has caused its share of headaches as offices across the state were rendered unable to administer services. The problems were severe enough that law enforcement officials have called it a possible public safety issue.

According to Kieran Donahue, president of the Idaho Sheriff’s Association, the service outages have been a continual source of frustration for sheriff employees across the state. In a letter to Gov. C.L. “Butch” Otter, he questioned whether sheriffs should even be responsible for licensing drivers.

“Unfortunately, the Sheriffs of the State of Idaho and their staff have taken the brunt of the customers’ dissatisfaction,” he wrote. “As you are also aware, the Sheriff is statutorily held to provide Driver’s License services to the populous even though it is a function of (Idaho Transportation Department.) The vast majority of the Sheriffs in the State of Idaho feel that it is time for this state to consider removing Driver’s License as a function of the Sheriff and move it squarely to ITD where it belongs.”

Donahue also echoed the frustrations of drivers who found themselves unable to deal with their expired licenses.

“As Sheriff, and as taxpayer, I am furious the State of Idaho has poured millions of dollars into systems that are poorly designed and implemented without the benefit of beta testing sites to address the potential and real issues with these critically important systems,” he wrote.

According to DMV Administrator Alberto Gonzalez, there are three likely problems that exacerbated the situation. First, due to office closures during the implementation of new technology, they likely experienced an above-average flow of customers when they reopened. Second, since a relatively small percentage of staff attended training for the new software, most were inexperienced when the new systems were introduced. The final issue involved problems related to the system itself.

In a letter responding to Donahue, Gonzalez recommended forming a workgroup with the Idaho Sheriffs Association, ITD and possibly county commissioners to address the issue. He also didn’t shut down the idea of moving licensing responsibilities from sheriff’s offices.

“I believe we would need to develop a strategy and plan on how that could work,” he wrote.