We have an inside joke in the Reader office. On Wednesdays, our deadline day to put out this weekly effort, a few hundred tasks all come together before we send the paper off to our printers. Despite all odds, this little miracle usually happens without a hitch and we’re drinking a beer before the sun goes down.

Then there are the dreaded “high winds” days, as we call them. These are the days when it seems like a sudden gale blows everything off our desks, knocks out the power and maybe a tree falls through the roof, and we have to sort everything out before finally putting the paper to bed.

“High winds today,” one of us will warn the other as they walk into the office, expecting a calm deadline. Cursed high winds, they’ll strike when you least expect them.

As fate would have it, our weekly Mad Scientist Brenden Bobby is recovering from an illness this week and I thought it proper to guest-write his column about that very subject: wind. 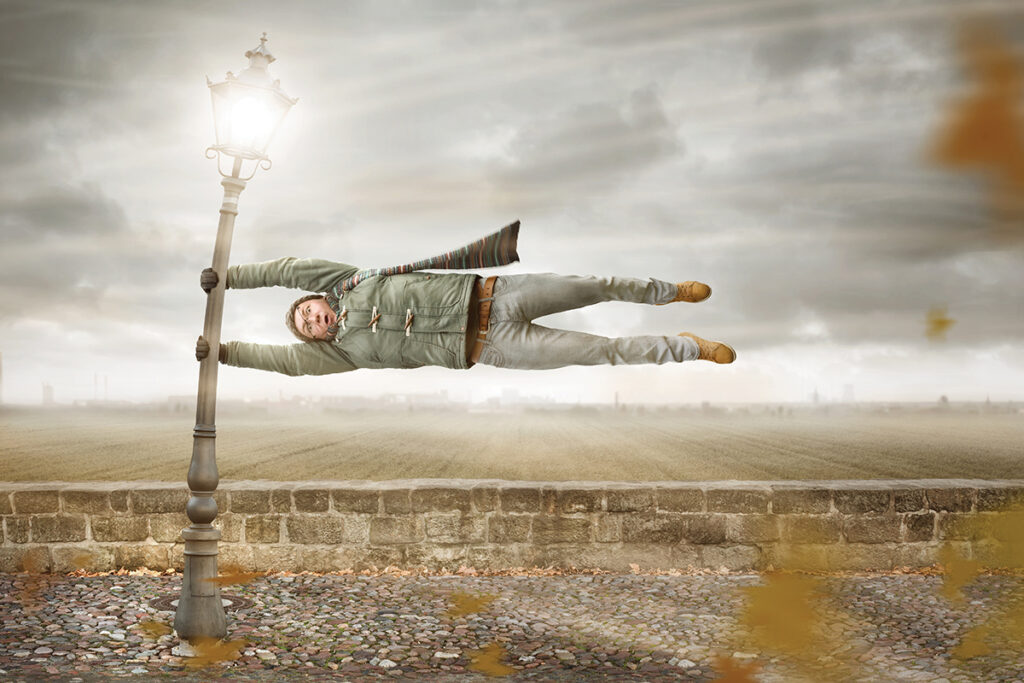 To understand wind, you must first understand pressure. The tilt of Earth’s axis toward the sun means unequal heating of its surface. Imagine a container of water placed on the equator. It receives direct overhead sunlight, while another, identical container placed in the Arctic Circle only receives a fraction of that light, and thus a fraction of the heat.

Because the Earth spins, anything floating above the surface — such as air — appears to follow a curved pattern of movement called the Coriolis effect, which is responsible for the prevailing global wind patterns we have understood for centuries.

The Earth essentially has alternating bands of high- and low-pressure areas — high pressure at the poles, low at the Arctic Circle, high at the tropics, low at the equator and repeated for the opposite hemisphere. The global winds are created as the air from high-pressure air moves into low-pressure areas, spinning as the planet rotates. The boundary where these pressure areas meet are called fronts. While weather patterns vary over time, these prevailing global winds have been harnessed by human beings since ancient times.

The easterly trade winds, for example, have been used to oceans by different cultures around the world for centuries.

Local wind patterns occur because land and water absorb the sun’s heat at different rates. During the day, air above the town of Sandpoint will heat up faster than the air over Lake Pend Oreille. The warm air over town expands and rises, and the heavier, cooler air rushes in to take its place. This creates wind. At night, the cycle is reversed. The air cools more rapidly over land than it does over the lake. This is why you might feel like the water is warmer than the air when swimming after the sun goes down on a cool summer night, or why you notice your campfire smoke by the lake changes directions when the sun goes down.

The same force that fills the sails of mighty ships can rip trees out of the ground by their roots, destroy buildings and maybe even save you a little money on your airline ticket.

The jet streams are strong, fast winds in the upper atmosphere blowing about 300 miles per hour. Airlines routinely fly at high altitudes to ride in the jet streams, which saves time, fuel and also provides a less turbulent ride.

Wind speeds don’t normally reach that high closer to the surface of the Earth except for events like hurricanes and tornadoes. Hurricanes begin as a tropical disturbance — an area of low pressure somewhere in the trade winds that sometimes builds into a depression. They can then progress into a storm and potentially a hurricane with a pronounced spiral of rain bands around the eye of the storm. Wind speeds in hurricanes have been measured as high as 254 mph, while tornadoes have been recorded as high as 302 mph. High winds indeed.

Wind has been used as a power source for thousands of years. Early forms of windmills used to crush grain or pump water, while modern turbines harness the power of the wind to create electricity. Wind energy supplied more than 8% of the total U.S. electricity generation in 2020, with especially windy states like Kansas, Iowa, North Dakota, South Dakota and Oklahoma generating more than 30% of their annual power from wind farms.

There are some pretty cool terms to describe different types of wind. A “mistral” is a cold wind that blows over the northwest Mediterranean coastline when pressure differences funnel it through the Rhone Valley. A “sirocco” is a hot, dry, dusty wind that moves air from the Sahara into northern Africa and Italy. A “chinook” wind carries warmed air down the Rocky Mountains and quickly raises the temperature in the valleys below. A “zephyr” is a soft, gentle breeze. Finally, a “willy-willy” is a local whirling wind in Australia that raises small columns of dirt, or dust devils, from the ground.

May all your high winds days be zephyrs instead of hurricanes.