There are a handful of annual events in Sandpoint that really draw people out of the woodwork. Banff Mountain Film Festival has always packed the Panida Theater in years past, highlighting the Banff Centre’s top picks for outdoors-related films, with funds raised to support worthwhile local programs. Due to COVID-19, this year will be a little different, but have no fear: Banff is still on — just in a virtual format. 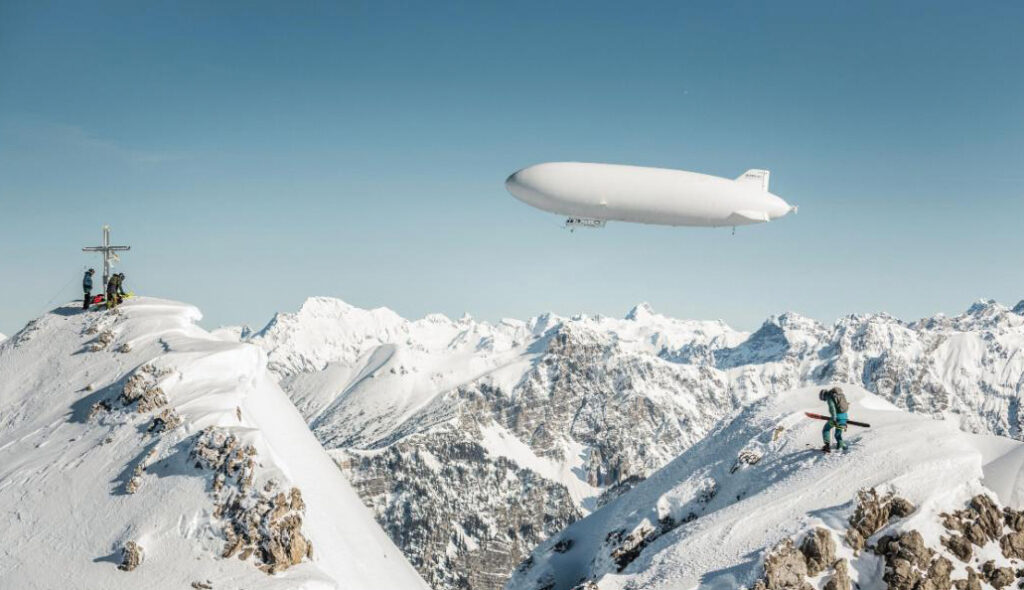 A still frame from ‘Zepplin Skiing,’ a film offered in the Ruby bundle. Courtesy photo.

This year, there are two programs available. The 2020/21 World Tour Bundle features the Amber and Onyx programs, with a total of four hours of mountain and adventure films available for $28. The alternate Ruby and Sapphire bundles will also include four hours of different films for $28. Both programs are accessible by visiting mountainfever.us and following the links to rent the films. Once you start watching, both packages will be available to view for 14 days. The Amber/Onyx Bundle is available now until Oct. 28 and the Ruby/Sapphire Program will become available to rent starting Feb. 4. Films are only available via streaming — viewers will not be able to download any films.

Michael Boge, the longtime local tour host for the Banff Mountain Film Festival in Sandpoint, said this year has been a challenge, but the show must go on.

“On hearing the word that there would be an online program, we decided as a family that we would market as effectively as we could, watching our costs and giving back to groups we have supported in the past,” Boge told the Reader. “Banff is gracious and has allowed for a portion of the proceeds to go to us for films that are booked through our site [mountainfever.us] thus we have let folks know to book through us if they want their local group to benefit.”

Boge said for 2021 he has decided to give back “whatever we get from Banff and the Sandpoint shows to our Panida Theater. Our decision was based on our love for the theater and really, we gotta help the place that has hosted our events the last 26 years. It only makes sense and we want the Panida to survive this mess.”

The virtual format assures that the show will go on, but Boge estimates a severe revenue drop for 2021.

“I anticipate a 95% revenue drop for 2021,” he said. “We are really fortunate on this, as theater, equipment, hotels, rental equipment and promotion have all been shelved so are not needed for the virtual event.”

Worthy programs Boge has donated to in the past have included the Satipo Kids Project, a philanthropic effort started by Boge and his wife in 2005 that provided support for dozens of school age children to attend school in Satipo, Peru.

“The Satipo Kids Project which we had run for so many years was completed this year with our final student, Miguel, who will be graduating from college in engineering,” Boge said. “At one point we had 34 kids that all graduated from high school as well as three other girls who we managed to put through college. In the end, while the world is in a mess, we have been very fortunate on the timing as we have completed our long-term goals on the Satipo Kids Project because of our Banff shows and Sandpoint’s support over the years.”

Looking back on the history of the film festival in Sandpoint, Boge said this town has built up quite a reputation with the Banff Centre.

“It is the energy of the audience in our Sandpoint community that makes our little town ‘rock it’ compared to other audiences that host the films,” Boge said. “It was a very simple idea of wanting to take a hand at producing shows while being a member on the Panida Theater board and taking the chance on the Banff Mountain Film Festival, which I had never attended in the past.”

Boge smiled as he remembered being told he would be lucky to get 100 people to attend, but in its first Sandpoint appearance, the film festival packed the house with 450 people.

“I knew right then that I was on to something special and have worked it for all it was worth with our three-night program that we have now hosted for many years,” he said. “What a ride it has been and, while things might or will change in the future, I do believe we will get the chance to host live shows again… hopefully in 2022.”