Unpacking Sandy Compton’s newest book, The Dog With His Head On Sideways 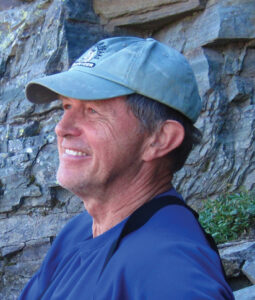 For local author and man-about-country Sandy Compton, writing about his native land and the characters who occupy it is… complicated. Like any steadfast native of this region, Compton walks a thin line between capturing the quirks and oddities of living in such a region and bringing too much attention to a place that has already been discovered by too many people.

In his newest book from Blue Creek Press, The Dog With His Head On Sideways and Nineteen Other Sappy Sentimental Stories, Compton penned 20 short stories that largely take place in the fictional town of “Shoreline,” which bears a striking resemblance to Sandpoint — just don’t tell anyone. 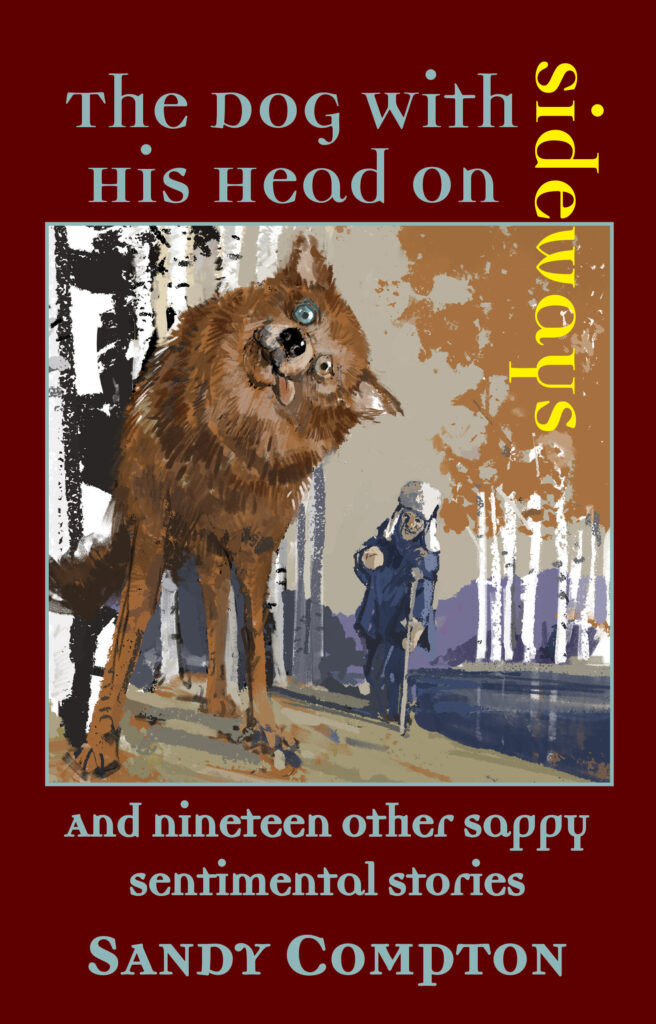 The cover of ‘The Dog With His Head On Sideways.’ Courtesy photo.

“Shoreline is a mythical town I discovered during Y2K while casting around for a tale to tell for the Idaho 2000 fiction contest sponsored by (I think) the Idaho Humanities Commission,” Compton wrote in the book’s introduction. “In the mind of its creator, Shoreline is a small town on a big river somewhere in the central part of the state. It’s over 50 miles from the nearest Walmart, and the river is undammed in both directions for at least 30 miles — though there was a plan to dam Crooked Neck Canyon at one time. Shoreline would have been flooded. The most defining thing I know about the town geographically is that the Shoreline Loggers play Grangeville in school sports, and, win or lose, it’s a long bus ride in both directions.”

“Some of the stories fit into more than one category,” Compton said, “but I tried to put them where they belong best. Many are fraught with dreams and encounters with the Spirit, but Shoreline has always been a dreamy, spirit-laden place. Its residents seem to think they have all the time in the world. I sometimes wonder if I didn’t accidentally stumble onto some iteration of heaven.”

Compton’s stories mostly follow his style of writing, which is humorous, wry, cathartic and filled with intriguing — sometimes odd — characters of the Northwest. Like the famed Irish beer cocktail Black and Tan with dark beer and light lager suspended together in harmony, Compton’s stories embrace the oddity and humor of life encased in an attempt to understand our spiritual position in the great rural liminal space of North Idaho and western Montana. That’s fitting, as Compton was raised — and still lives — somewhere between the border of Idaho and Montana in a special place untouched by time; a place where love still exists, where people are somewhat outside of time, living out their days suspended in a halcyonic bliss.

It is this western landscape that is always a character in Compton’s stories, from “A Cold Day in Hell,” which entails a woman’s Christmas Day fight with barbed wire, a white tail buck and her own abiding anger, to “Dyin’ Ain’t as Easy as All That,” which serves reminders of things that can go wrong in a life.

Beneath it all, most of Compton’s stories have something to say about the efficacy of love, forgiveness and forbearance.

“Rosalie Sorrels once said that the trouble with stories is that we never know when they are going to end,” Compton said. “Sometimes, the end is not quite what the storyteller had in mind, but when a good story has come to a proper place to stop, it will, like a good pack mule, refuse to go farther. If you listen to your characters, they will show you a good place to pull up.”

Lots of stories in this book are new creations, but Compton also dug deep in the archives to include some unpublished gems, such as “Redemption at the Hand of Alice Lundberg,” which was written in 1983.

“I searched through almost 40 years of files to put this together,” Compton said. “It’s my seventh book of fiction — I think — and I’m pleased with how it came out. I like my characters, and I believe in their stories — even though some of them are out on the edge of believability. But so is all of life.”

The Dog With His Head On Sideways and Nineteen Other Sappy Sentimental Stories is available at select bookstores, and online at bluecreekpress.com/books or Amazon.