TNT’s ‘Snowpiercer’ series is worth the ride, but don’t expect First Class

When Snowpiercer appeared in theaters in 2013, few American viewers knew the work of Korean director Bong Joon-ho. Yet, the film — one of the most expensive in Korean movie history — met with widespread critical acclaim for its gritty claustrophobic mood, inventive camera work (remember that strobe-lit ax fight?), and stellar lead performances by Chris Evans and Tilda Swinton.

Seven years later, Bong is one of the most highly regarded auteurs in the world — especially after his Korean-language horror-comedy Parasite became the first international film to win a Best Picture Oscar in 2019. Likewise, the 2013 Snowpiercer (now streaming on Netflix) has settled into its place as part of the contemporary sci-fi canon.

Given that success, it’s perhaps no surprise that Snowpiercer has been reimagined as a series. What is surprising is that its power is more locomehtive than locomotive.

While Bong is listed as executive producer of the show — which premiered on TNT in May with a Season 1 run of 10 episodes, all of which are now available on HBO Max — it bears only a passing resemblance to his earlier film. 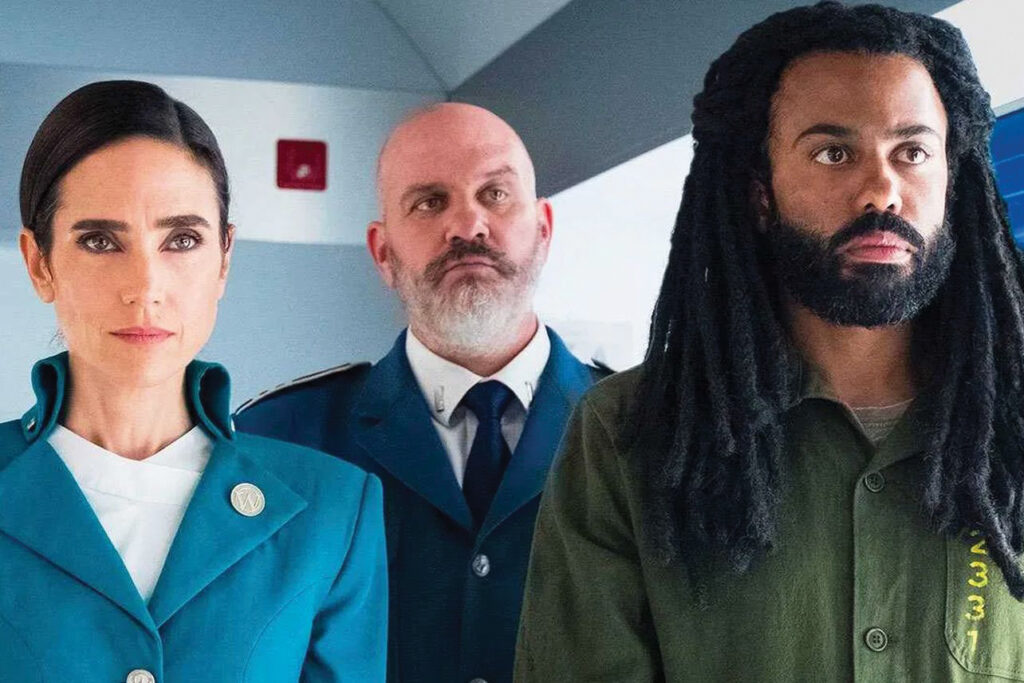 It’s a deceptively simple story: an attempt to reverse global warming has resulted in turning Earth into a frozen waste, killing almost everything on the planet. The sole human survivors have packed themselves on a specialized 1,001-car train constructed by a billionaire known only as Mr. Wilford, intended to serve as an “ark” for civilization with its perpetual motion engine piercing through snow and ice on its revolutions around the now-dead world.

Based on the French graphic novel created and published by Jacques Lob and Jean-Marc Rochette in 1982 (titled Le Transperceneige), the train itself serves as the narrative structure of the story, as it is divided into strict social, economic and therefore political classes based on their proximity to the almighty engine. Those in the back are the lowest order, living in a grotty chain of frigid, starved cabooses, while the ascending orders contain service workers, law enforcement and military personnel, scientists and various administrators and, finally, the 1% of ultra-rich passengers who live out the new ice age in extreme comfort and safety — maintained, of course, by the lives and labor of those “downtrain.”

That’s pretty much where the tracks diverge between the 2013 film and 2020 series. Season 1 puts a police procedural spin on things as former detective Andre Layton (Daveed Diggs) is hauled up from the back of the train to solve a murder in First Class. What he discovers helps spark an uprising that draws in a much broader cast of characters than in the film.

Of special note is Jennifer Connelly as Melanie Cavill, whose position as head of the train’s Hospitality Department gives her enormous powers over life and death. The character played by Alison Wright (The Americans) serves as Cavill’s right hand with a maniacal fervor, bordering on religious devotion, to Mr. Wilford and the order on his “ark.”

Unlike the film, the Snowpiercer series is a true ensemble effort, which through secondary and tertiary characters delves far deeper into the world of the train. That’s engaging, for a while. It seems to forget, however, that the beauty of the graphic novel and film is its beguiling simplicity. Too often the series gets bogged down in exposition. Also, its basic cable origins on TNT mean it’s a much less visceral experience.

Board the train, but don’t expect too thrilling of a ride. Next departure: Monday, Jan. 25 on TNT.