It was 71 years ago when the Universal Declaration of Human Rights was signed by 48 different member countries of the United Nations, marking Dec. 10 as Human Rights Day thereafter. In the seven decades since the non-binding pact was signed, the struggle for human rights still continues. 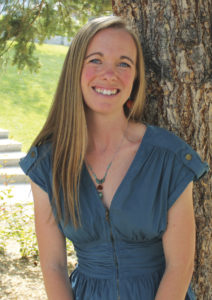 Rachel Rivas is the co-director of the Montana Human Rights Network. Courtesy photo.

To commemorate the day locally, Bonner County Human Rights Task Force has invited a dynamic speaker to an event from 5:30-7 p.m. on Tuesday, Dec. 10 at the First Lutheran Church, 526 S. Olive Ave. in Sandpoint.

Rivas has worked to expose anti-democratic white nationalist forces and organized communities to respond to hate activity for more than a decade. Her work has even been covered extensively in the national news, including NPR and The New York Times.

“She’s remarkable,” Hammond said. “She shared so much experience that she has had and knowledge about the various anti-democratic groups that try to spring up in this region of the world.”

Hammond contends that Montana, Idaho, Washington, Oregon and Wyoming is a region that has been targeted by anti-democratic groups, often with a desire to “break off from the rest of the country and establish a white Christian-dominated nation.”

Rivas’ presentation will focus on the methods some groups use to co-opt human rights language.

“It’s often so confusing to listen to people talk about freedom and liberty and patriotism and understand that they mean something entirely different than what I grew up knowing about those terms,” Hammond said. “I think they are redefining those words. I don’t know if they’re aware that they’re co-opting human rights language.”

Hammond believes the efforts to “mainstream” extreme ideologies has had an effect, especially among those who don’t traffic in facts.

“I think these groups are well aware of the fact that the majority of the people in this country don’t read and research very carefully,” Hammon said. “The sound bytes are good enough for them.”

Rivas has previously worked for The Policy Institute, the Western Rural Development Center and Jeannette Rankin Peace Center, also has helped manage six successful political races, including that of Montana’s first African-American mayor, a refugee from Liberia. Her presentation also touches on how anti-democratic ideologies leak into local politics.

“It starts with dog catcher and then the school board and county commission or city council,” Hammond said. “It’s part of the strategy … we’ve seen it here, too. When [Sandpoint mayoral candidate] Ken Lawrence said we need to ‘fight against godlessness and liberalism,’ I don’t know if he really knows what that means. What would he have done as mayor to ‘fight godlessness and liberalism’? It’s a really confusing world to live right now.”

Rachel Rivas’ presentation is free and open to all. For more information, visit bchrtf.org.