The stories a building could tell

Sandpoint’s first federal building, a grand spectacle of brick done in the Spanish Colonial Revival style located at 419 N. Second Avenue, has been home to the post office, library, museum, various shops and administrative offices over its storied lifetime. In an effort to capture that history, new building owners Mickey and Duffy Mahoney of MickDuff’s Brewing Company enlisted the help of Bonner County History Museum Executive Director Heather Upton to curate a historical display inside their new brewpub. 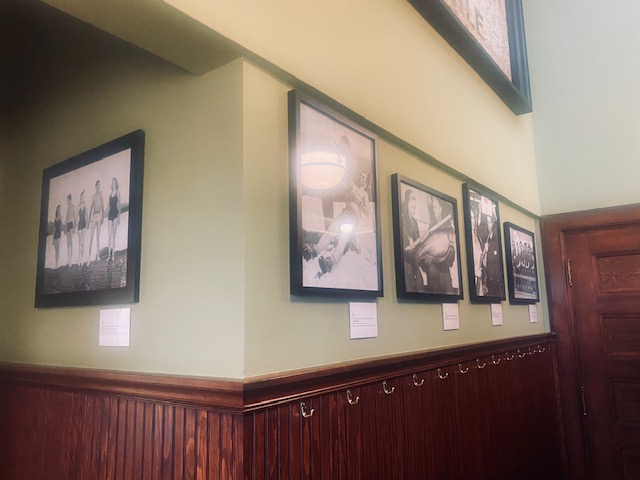 “Buildings are amazing, and they are visually incredible,” Upton told the Sandpoint Reader, “but it’s what existed in that building that brings it to life in my eyes.”

While exploring the museum’s archives in order to create a display for the brewpub, Upton said she found photos of the building under construction in the 1920s, as well as more than 200 original blueprints.

“We have this really strong history of the beginnings, but as I became well aware, that structure has held so many different businesses and there are so many events that have happened [there],” she said, adding later: “I have a great preliminary overview of the history of what existed in that building, but the heart of exhibits are the stories and the memories of the community, and I don’t have that.”

Upton is putting a call out to the community, urging people who were able to experience the building in its many phases to share those memories with the museum so that those oral or written histories can be added to the archives. Photos are also welcome, which Upton said can be scanned and given back. She said her hope is that over time, she can “layer in” more written accounts, photos and objects to the display at the brewpub, filling in the gaps of the building’s history one community contribution at a time.

“So the patrons that walk in have a beer or a great bite to eat will be able to truly understand the space that they’re in,” she said.

Mickey Mahoney told the Reader that he and his brother “had a wonderful time” working with Upton and the museum to get the first stage of the photo installment hung in the new MickDuff’s Brewpub. He said the photos currently on display — which Upton called some of the museum’s “most charming, mid-century” shots — help tell the story of Sandpoint.

“I believe our location is the perfect place to do so, because it’s one of the most historic buildings in the area,” he said. “The exhibit has been a great conversational piece. Since opening our new space, I have already met friends and relatives of some of the people pictured in the photos.”

Mahoney said he hopes people will share their personal stories about the building with the museum “because it’s important that the memories are not forgotten.”

“Just think of all the memories made here in the last 90 plus years,” he said. “Pretty neat.”