Unearthing the long lost treasures and trash of my first car

I’ve had my first car, a sporty little Ford Focus hatchback, for four years. It’s served me well as a reliable commuter, but I decided this year it was time for something bigger; and, with all-wheel drive. One too many hopeless phone calls to report I was “stuck in the driveway” last winter made the decision easy: I would trade in the Focus for a pre-owned SUV. 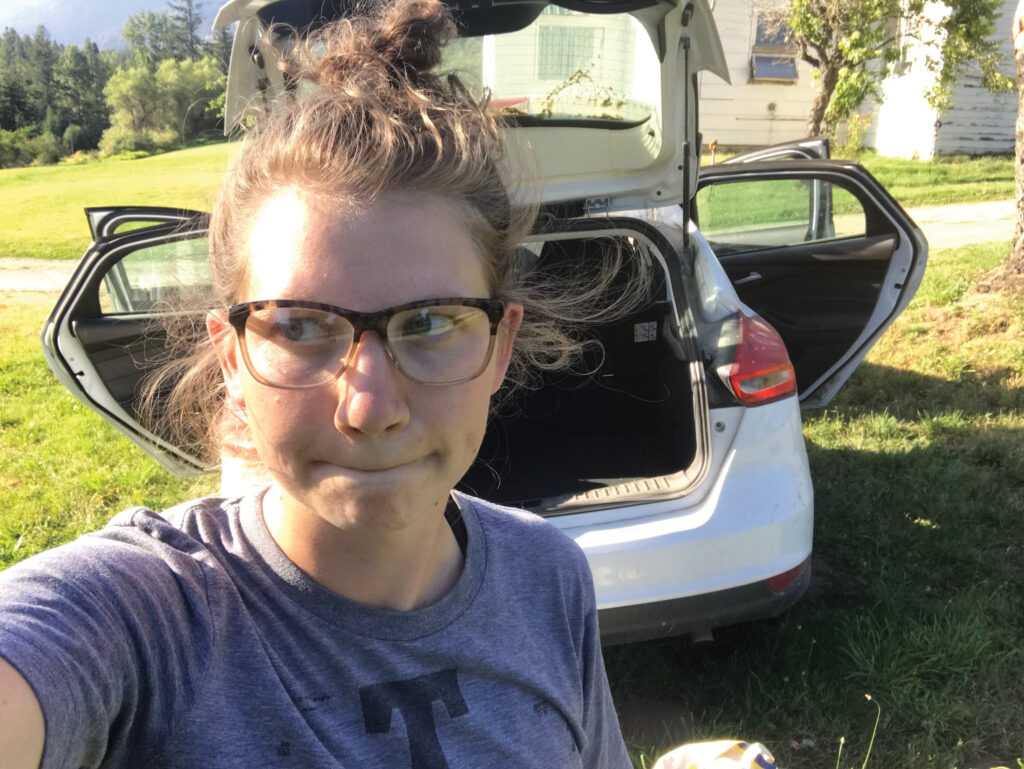 Lyndsie Kiebert sent this “guilty” photo to her mom after telling her that she’d “definitely” lost her glasses. Photo by Lyndsie Kiebert.

Before any trade-in could take place, my car was overdue for a serious interior cleaning. I discovered many treasures the afternoon I began the process. I found my glasses, which I hadn’t seen since last August. I found CDs spanning every genre and mood one could possibly feel in the car, from Snoop Dogg to Matchbox Twenty. There were perfectly good pens, notebooks and hair ties. I even found four unopened AirHead candies in the back of the glovebox. They’d changed temperature so many times that they no longer resembled taffy and had to be thrown away, but I was grateful to my past self, nonetheless.

I learned a lot about myself while sifting through my car’s contents. I discovered I was a thief, having found three of those complimentary leashes they hand you at the veterinarian’s office. I might have also appeared to be a transient if a passing stranger were to peer into my trunk to discover two pairs of pants, four pairs of shoes and a dozen jackets and sweatshirts. As it turns out, I just like to be prepared with whatever outfit the day demands.

Perhaps most disturbing was the number of drinking receptacles hiding beneath the seats — most of them empty, thank heavens. I curse every time over the past four years I bought a new water bottle or coffee mug, seeing as there were 10 perfectly good ones rolling around beneath me. 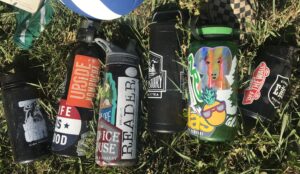 A sampling of water bottles Kiebert pulled out of her first car. Photo by Lyndsie Kiebert.

I’ll admit that my car also revealed some of my — to put it lightly — pigsty tendencies. I found enough Goldfish crackers to fulfill a day’s necessary caloric intake, alongside an apple that — upon blind touch — I assumed was a balled up pair of nylon tights. I also removed enough dog hair to build an artistic reconstruction of my dog, and so many napkins that I’m now positive the people in the Taco Bell drive-thru know my face and order by heart.

Most of all, I found stories — both literal (I unearthed at least 50 copies of the Reader) and abstract. Press passes told stories of basketball games I covered in college and concerts where I was fortunate enough to stand stageside. I found receipts from grocery trips when I first moved out of my parents’ house, and from gas stations between Hope and Boise — the farthest my car had ever been from home.

There were thank-you cards, coffee punch cards and scribbled story ideas on scratch paper tucked into every nook and cranny that Ford Focus offered. I drove 78,000 miles in that car, all the while graduating college, finding jobs, nurturing relationships and figuring out how, exactly, to be an adult.

Family members refer to my new-to-me SUV as my “grown-up” car, but it was in my little Focus that I grew up.