You asked for it… the Laddies of the Day

Within recent months this esteemed journal has run two features on Sandpoint’s wondrous Ladies Of The Day. Readers responded happily. Well, ladies did. But laddies? Not so much. To this writer’s horror, an unruly mob of local laddies cornered me in the library lobby. Slinging rotten tomatoes, shouting vile slogans and waving obscene banners behind a stack of burning tires, these Laddies Of  The Day demanded Reader equality. The noise and stench of burning rubber brought David bursting into the lobby from the circulation desk. One of David’s jobs is to keep the lid on at the library. A curious species of librarian, David has a triple black belt in quaff som sashimi, most deadly of the martial arts. He tamped things down in a hurry.

Risking the wrath of the spooky NRA, my 1957 bride and I feel it unnecessary to arm ourselves against our friends and neighbors. Sissies at heart, we believe in a powerful military but much prefer peace to war. We don’t even pack heat when visiting granddaughters their elementary school, dining at Arlo’s, or shopping at Yokes. I know, we’re sitting ducks. Clearly lacking the required backbone and machismo of U.S. congressmen and senators (who fear NRA warriors) I quickly caved to the mob’s fury. The next day I recorded happy encounters with several of my favorite Laddies Of The Day. 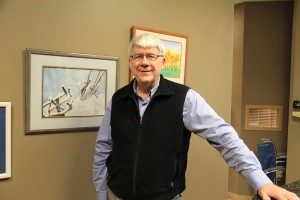 Arlene’s Pack River Store is among the most convenient, old fashioned neighborhood foodie hangouts on the globe. To dine there or grab a bottle of highly drinkable cabernet to go is both scrumptious and festive. Doing much to make it so is Arlene’s ebullient, craggy-faced husband, Bob The Sailor. New Jersey born Bob’s white hair is long and braided. Like Willie Nelson’s. Whereas Willie strums and sings, Bob keeps the store shipshape and serves as roving ambassador. His authentic grin lights up the lives of Arlene’s many loyal, finger-lickin’ customers. Unless the wind blows. Then it’s jibe ho!

Comfortably sated after a handcrafted breakfast burrito, I head into town. Arlene doesn’t sell single malt scotch so I go where they do. It’s January and Mike at the liquor store cash register isn’t clad in his usual short pants. I ask if he’s okay. A new winter dress code, Mike explains. “Funny, but I feel warmer now,” he says. In the parking lot I am hailed by old pal Shannon. I suspect that he, too, might be going to visit Mike. I mean, his name is Shannon Patrick May. History has never known a teetotaler with a name like that. Shannon keeps things maintained up on the ski mountain. A journalist by training, Shannon has a surplus of leadership DNA and ably chaired our library board for several years. He plays tennis and might even be fairly good at it. At least he’s skinny. All good tennis players are skinny.

In the drug store l hear my name called. It is Laddie Of The Day Daniel. A single dad, Daniel is the scion of a distinguished Santa Fe, New Mexico family. He’s happy to be rearing his young son, Avery, in Sandpoint. Daniel calls him “cowboy.” My dad called me cowboy in the 1930s. Daniel works for Bonner County and grooms ski trails at Schweitzer at night. My educated guess, based on decades of labor in NYC’s corporate vineyards, is that some Schweitzer corporate Personnel maven must know his or her stuff. Shannon May and Daniel Britt would help nourish any business’s bottom line.

Among Sandpoint’s finest Laddies Of The Day are those who make things work. Including us. Frazier King, MD, has been keeping locals healthy and happy for years. He’s expert at both. He is a doctor whose droll wit and people skills match his medical talents. His “bedside Manner,” as we called it in the olden days, is everything PBS’s Doc Martin lacks. The American medical Association should bottle Frazier’s upbeat personality and, prior to graduation, sprinkle it over every med school student everywhere. 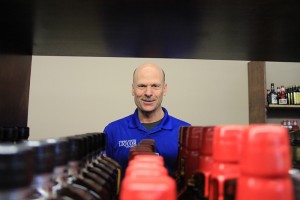 Ralph Millen of Whisky Jack Road (someone deserves an Oscar for that name) makes TV sets function as they ought to. A throwback, Ralph is 80-something and scrambles up a ladder like a monkey. He can install a roof antenna and coax it into finding lost channels. His ancient vehicle bulges with tools, gadgets, wires, pipes, cable and assorted electronic geegaws. From this intimidating pile Ralph plucks odd pieces and constructs communications miracles. He charges 1943 prices. But any customer who fails to at least double what Ralph requests is cheating this amiable gentleman from yesteryear.

Selle Valley Prime Minister Don McCabe is another whose toil and talents keep us feeling perky. A devoted catch-and-release trout fisherman, Don grows an annual veggie garden that would make our downtown farmers market green with camaraderie. Over several decades Don built his one-of-a-kind, big-timbered house on 20 forested acres. He won’t build you a house, but he will paint one for you. Local homeowners who have had this one-time logger turned Michelangelo paint their ceilings (and the rest of their homes) are many. In some cases they are famous. Like me. No, scratch that. Some of his customers really are famous.

Laddie of the day Don credits his ongoing success to a hardy, hard-working cadre of faithful craftsmen. Rich Holub of Trestle Creek is one. He can build a house, remodel a kitchen or add a front porch. So, what contractor can’t? But Rich brings something to the job that not every builder can. Rich is fun just to have around. He’s like family. During lunch breaks from arduous projects at our house Rich has built a dog door, unplugged a sink, fixed a shower door and repaired a barn outhouse. Every homeowner needs a Rich Holub. Society at large needs more Rich Holubs. They bring kindness and good feelings along with their craftsmanship.

As a former Heisman Trophy recipient back before Reader readers were born (which is how I can make such an outrageous claim), it is fitting to end  with a comment about a local soccer coach. Justin Landis is, among other things, the sort of coach parents feel grateful for when they see him coach their kids. At least they ought to. Like his friend and fellow coach Justin Henney, Justin Landis is to pint-sized soccer stars what a horse whisperer is to a bucking bronco. No yelling or yanking around. No chewing out. No dramatic sideline meltdowns. Just lots of love, 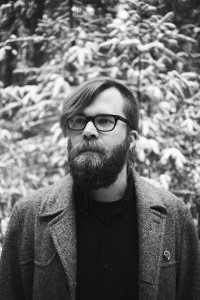 congratulations and encouragement. Whether football, baseball or soccer, America’s little league-type competitions have produced their share of screeching, demanding parents, grasping for glory through their progeny. They have long since become a negative sports cliché. But not so much here. That’s because Laddies of The Day like Justin Landis choose to laud rather than lambast their mini-athletes if they kick at a ball and miss it. Parents see this and follow suit. Win or lose, Justin’s half-pint players adore him. And who wouldn’t?

Tags: the laddies of the dayTim Henney