Details on the constitutional amendment HJR4 being considered by Idaho voters

In an historic election shaped by COVID-19 social distancing restrictions and allegations — unfounded — by some including the president that the attendant mail-in voting will result in compromised results, Idahoans are being asked to weigh in on a constitutional change directly related to voting.

House Joint Resolution 4, passed by the Legislature in February, removes language in the state constitution to establish the number of Idaho voting districts at 35, making it impossible to alter that number without a further amendment. House Speaker Scott Bedke, R-Oakley, introduced the legislation, which House members approved 65-3, with two members absent, and Senate members passed 34-4. 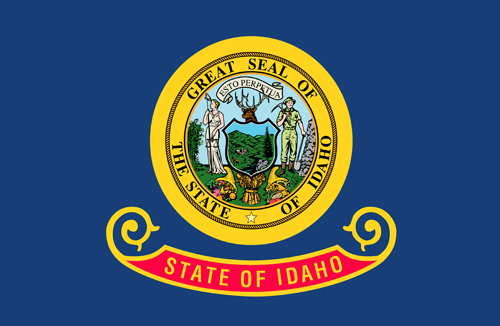 Idahoans will see HJR4 on their 2020 election ballots, but many have already expressed some confusion about its significance.

Bedke said the legislation is intended to create stability and remove a point of contention that erupts every 10 years when the state’s non-partisan redistricting commission meets to apportion districts across the state.

Bedke also argued that the amendment is necessary to ensure that urban and rural areas of the state remain balanced in their representation and Idaho is able to grow its franchise with a burgeoning population. As it stands, the Idaho Constitution allows for as few as 30 legislative districts. Bedke said Idahoans are better served by more, not fewer, voting districts — particularly when it comes to rural districts, which with growing population could come to encompass unwieldy geographic regions and swathes of the electorate.

Opposition to the ballot measure has made for some strange bedfellows. In the House, Ultra-conservative Reps. Heather Scott, R-Blanchard, and Priscilla Giddings, R-White Bird, voted against HJR4, alongside Garden City Democratic Rep. John McCrostie.

Scott in her Sept. 24 newsletter urged voters to oppose the amendment, writing, “I voted against this proposed amendment in session because I found it unnecessary, I believe it hurts rural areas, and I would like to eventually see one Senator per county to balance the state’s rural vs. urban community representation.”

Scott also criticized the cost of a constitutional amendment — between $200,000 and $300,000 — that she said isn’t even needed given that the current law caps the number of districts at 35. Giddings told Boise-based KTVB-TV that she opposed the measure because it doesn’t meet the Idaho Republican Party’s resolution that the Legislature establish no fewer than 35 and no more than 45 legislative districts.

McCrostie, meanwhile, voted “no” on the amendment in protest that the Idaho Constitution continues to include a ban on marriage equality, telling KTVB that until the ban is removed he won’t be supporting any constitutional amendments.

There are no known proposals to reduce the number of legislative districts to the constitutionally allowed minimum of 30, but — again — Bedke said it’s a matter of thinking about the future.

“If we have fewer districts, then they will have to get larger geographically, and we have some right now that span from nearly Oregon clear to Montana,” Bedke told KTVB.