Lost in the ’50s canceled for 2021, but organizer has hopes for the event’s 35th installment next spring

For the second year in a row, Sandpoint’s Lost in the ’50s — a celebration of the cars, fashion and music of the 1950s — has been canceled.

“It’s not gonna happen,” organizer Carolyn Gleason told the Reader March 30. “There are reasons, and it’s not because I don’t want to do it.”

A major reason is the continuing effects of the COVID-19 pandemic on travel. Lost in the ’50s relies on musical performers from the era — many of whom are not yet traveling, Gleason said — as well as tourists from surrounding states and Canada, the latter remaining under a border closure put in place by Ottawa last year. 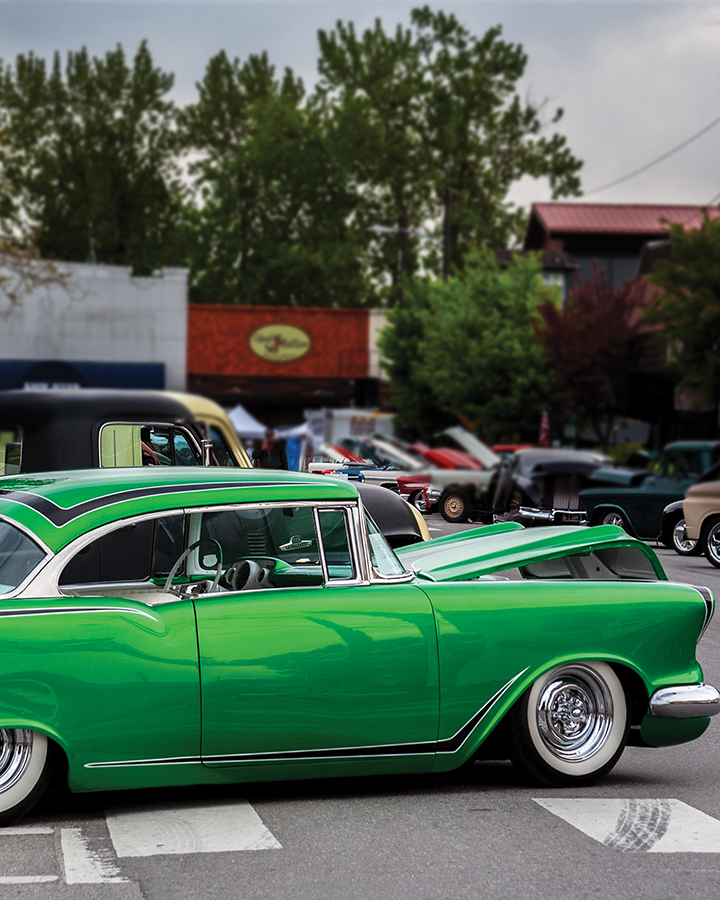 Additionally, many out-of-towner fans of Lost in the ‘50s are part of the “older generation,” as Gleason put it, who are not ready to venture to Sandpoint for the array of annual events, including a parade, street dance, car show, concerts and more.

“I have people in Spokane go, ‘You know, we’re still not going anywhere.’ And they’re car show people,” she said, adding later: “I just feel like next year we have a better possibility, as people get more vaccinations, [and] the travel is not so skeptical for everybody.”

Gleason has been organizing Lost in the ’50s since its inception more than three decades ago, funding it through an annual breakfast fundraiser, T-shirt and ticket sales, and donations from local businesses. Gleason has been open in recent years about waning financial support for the event, and the uncertainty surrounding attendance in 2021 makes it a “risky” endeavor in her eyes.

Rumors have swirled that Gleason has simply given up Lost in the ‘50s for good — rumors that she told the Reader are simply not true — not yet.

Sandpoint City Administrator Jennifer Stapleton told the Reader that the city’s relationship with Gleason is a “partnership”; while Gleason organizes the events, the city provides support by permitting, closing down and sweeping streets, and coordinating law enforcement. However, Stapleton emphasized that the decision to cancel the event is entirely Gleason’s.

“While we are disappointed that the event will not go as it has in prior years this year, we certainly understand her reason for that,” Stapleton said. “We very much look forward to working with her next year on her event.”

While Gleason’s Lost in the ’50s might not be happening in 2021, Stapleton said that a seperate group might look to host a smaller-scale event downtown in May to kick off Sandpoint’s summer event season. Nothing is permitted or set in stone yet, Stapleton said. She also noted that, if permitted, the event would be a “one-time” thing, as the city “look[s] forward to partnering with Carolyn next year for a very successful” Lost in the ’50s.

“I’ve told everybody that’s called me, all my car people, all my people that come to the shows — get your dancing shoes on, polish up that chrome, get a new car, do whatever you’ve got to do,” she said. “We’ll be back.”