The rivers and lakes of Idaho are a natural draw for those seeking recreation, but they can have a treacherous side. When news broke that four people had gone missing after a boat capsized on the Pend Oreille River last week, many feared the worst. Four bodies were ultimately recovered from the river.

Bonner County Coroner Robert Beers told the Reader that Bonner County has recorded 19 drownings since 2017, averaging two to four per year. Two drownings have been recorded in 2022 so far, not including the four fatalities in the recent boating crash on the Pend Oreille River because it is still an open investigation. 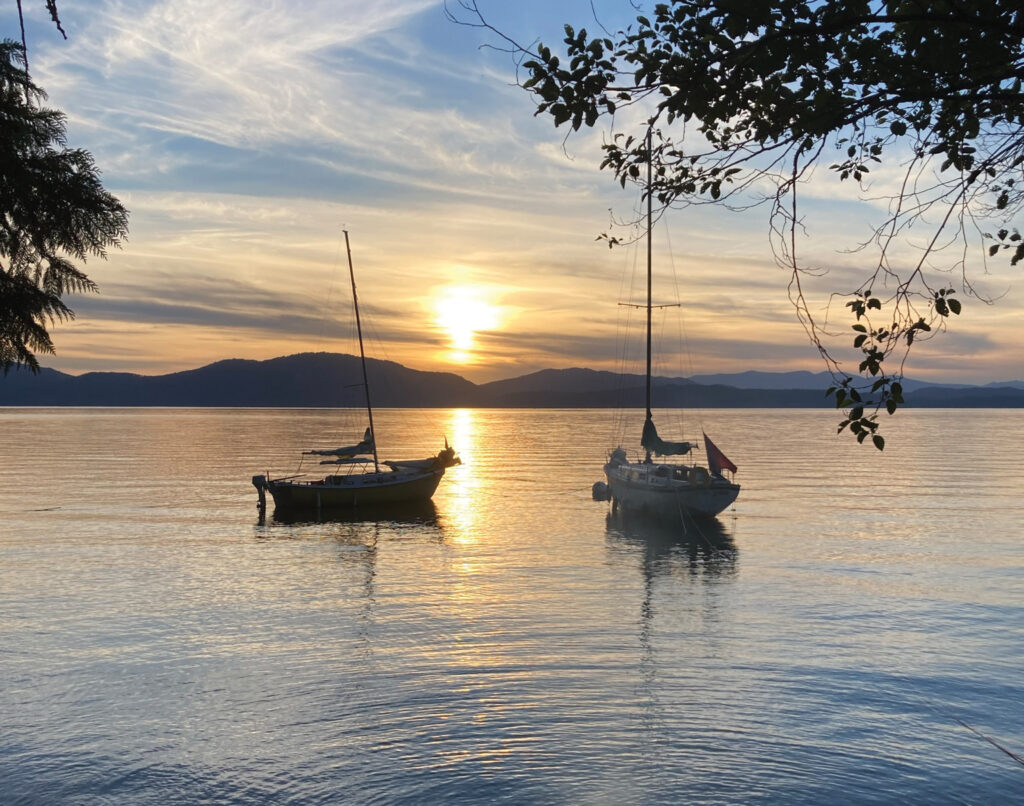 A pair of sailboats on Lake Pend Oreille. Photo by Ben Olson.

With bodies of water around every corner in North Idaho, practicing water safety is not only a good habit, but a potentially life-saving choice as drowning deaths increase during the busy summer months.

Litehouse YMCA Aquatics and Wellness Director Olivia Langs told the Reader that parents can start swimming lessons for their children as early as 6 months old.

“They become acclimated to the water so they don’t have as much fear of the water,” Langs said.

Langs said it’s vital to learn swimming and water safety habits because of the prevalence of water in North Idaho.

“We have so many bodies of water all over, between Lake Pend Oreille, Lake Coeur d’Alene, all the other lakes, the rivers, creeks, ponds — it’s just really important to have water safety and instruction to all kids until we are maybe able to incorporate it into our physical education classes in school,” she said.

Working in conjunction with the Long Bridge Swim, Langs said Litehouse YMCA is dedicated to making sure “all of Lake Pend Oreille School District is educated,” when it comes to water safety.

Langs said a shortage of lifeguards — both at YMCA and the City Beach — has exacerbated the problem.

“During COVID, lifeguards weren’t able to renew their certification,” Langs explained. “The Red Cross pushed it out so your certification was valid an extra year, but now they are expiring and some people have chosen to not get recertified. It’s all around the nation, not just here.”

Langs said to remember old sayings like, “swim with a buddy,” and, “reach or throw, don’t go if someone needs help in the water,” to ensure everyone has a safe day.

“Our hearts go out to everyone affected by the tragic boat accident on the Pend Oreille River early this week,” McCahon wrote. “Tragedies like this bring heightened awareness to dangers on the water and we hope everyone will practice extreme caution when recreating on or near the water.”

McCahon shared a few life-saving rules while on the water: do not attempt to boat or swim in high river currents, everyone should wear a lifejacket on the water, keep a close lookout for large floating debris, follow the speed limit and “rules of the road” for Bonner County waterways, and be aware of extreme cold water temperatures from recent snowmelt.

Sandpoint resident Claudia Morris witnessed the boat crash last week, telling KXLY, “We were on the deck watching the river and we heard an incredibly loud boat coming down at a high rate of speed. Unfortunately, the boat right outside our house caught wind, and the wind forced the boat to come up and ultimately flip over.”

McCahon also urged boaters to follow no-wake zone policies, which means boats must travel not more than 5 mph, nor with more than a 6-inch wake, whichever is greater when 200 feet from the shoreline or structures.

“Please be safe and enjoy our beautiful waterways,” she said.

Boaters are encouraged to sign up for boating safety classes with the Bonner County Sheriff Marine Division. Call 208-263-8417 for more information about these classes and for any other boating related inquiries.