Nearly a year after The View Cafe was gutted in a fire, the business is building a second life from the ashes.

The Cocolalla restaurant reopens this Monday after a struggle to recover from a 2018 fire that devastated the business. According to the owners, they’re working with all-new equipment and may have a few kinks to work out of the system, but once The View is running like a well-oiled machine once again, they will announce a grand re-opening event. 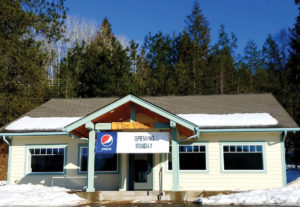 “We have some of the crew back, (and) we have a couple people that worked at the Hound we were able to find jobs for,” said owner Kerri Newsome. “I could go on and on about the past year and how excited we are for this new start.”

The excitement is well earned after the devastation of last year’s fire. On April 10, firefighters responded to reports that The View was smoking heavily. While the fire was extinguished quickly and was relatively contained to the kitchen, the damage was extensive. Business owners were forced to close for an indeterminate period of time, which they ruefully announced on Facebook.

“Yes we had a fire,” read a post on The View Cafe’s Facebook page. “We will be closed for a while but we will be open again and I will let you all know as we get through the process of it all.”

It was a huge setback for a restaurant with true community roots. According to Newsome, The View Cafe’s location has served up good food in one form or another since the late ‘40s or early ‘50s.

“We are happy everyone was safe, and we are hoping to rebuild,” she told the Reader shortly after the fire. “I will say it is so heartbreaking for all the time my crew and myself have put into the place in the past two and a half years.”

After such a long period out of business, Newsome said it’s exciting to be back doing what The View does best. But it’s no small amount of work getting set up once again. The restaurant staff has an all-new kitchen to work their way around, and they still need more employees before they can return to the full hours of operation. The View begins with breakfast and lunch service, and it will be open from 7 a.m.-2 p.m. seven days a week.

According to Newsome, full operation will begin once again when the restaurant is running at full capacity. In the meantime, it’s enough to celebrate the end of what has been a tough experience.