Variety is the spice of Oak Street

Those who frequent downtown Sandpoint have noticed that something is missing — Northern Grind coffee stand, previously located at the corner of Cedar Street and Second Avenue, is gone. 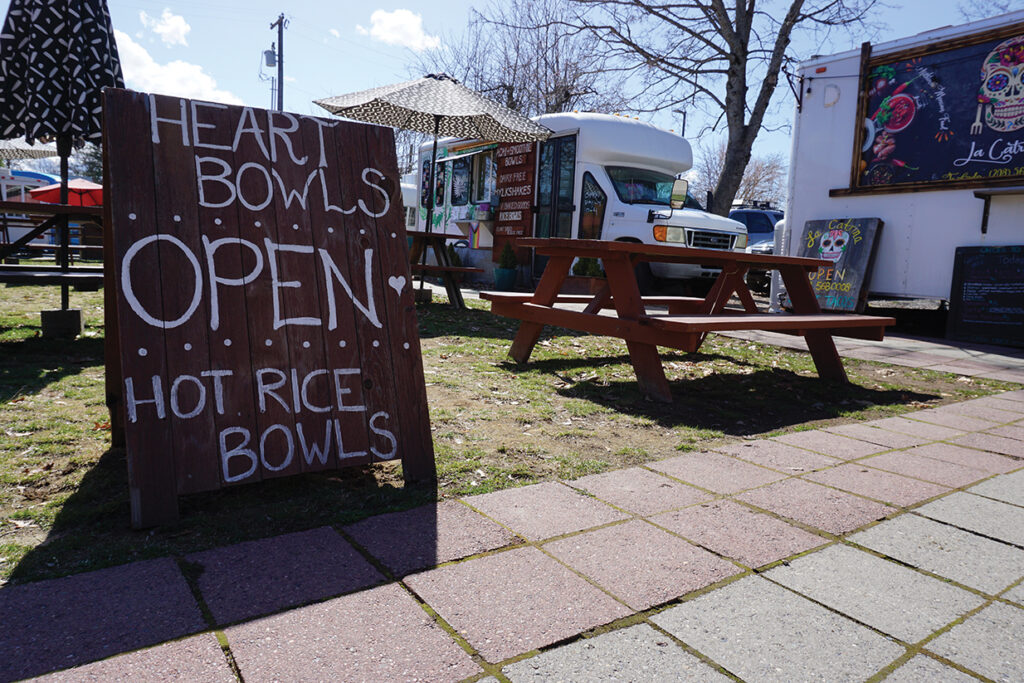 Luckily for dedicated patrons of Northern Grind, the shop was relocated in one piece to the Oak Street Food Court, and has plans to be open in its new location in the coming weeks.

“My goal is to have the least amount of change as possible, because I believe the community loves what Northern Grind was already,” said new owner Jacob Holmberg, noting that the move was necessary because the lease for the Cedar Street location was terminated. “Aside from the obvious — which is us moving — we will have a couple new faces as well as some familiar.”

Holmberg plans to implement a military discount and looks forward to being located across from Farmin Park, where the Farmers’ Market is held each Wednesday and Saturday from May to October. He said Northern Grind’s mission is to “create relationships, make delicious coffee and make it fast.”

“To be honest, owning a coffee shop has always been an absolute dream of mine,” Holmberg said, “so when the opportunity arose, it was too easy to take advantage of.”

Northern Grind is the latest addition to the Oak Street Food Court, which has become home to several new Sandpoint businesses over the past year. Traditionally, the food court’s season starts in tandem with the Sandpoint Farmers’ Market — typically early May.

However, some food court eateries are already slinging good eats, each with varying hours. La Catrina offers authentic Mexican food; Heart Bowls does smoothie bowls and more, all gluten-free and plant-based; Moxie’s is a grill and bakery offering comfort food with a vegetarian and vegan twist; Shilla Korean BBQ with Seoul specializes in Korean fusion cuisine; and Chili D’s, which offers a variety of chili, burgers and more. There are other businesses not yet open for the season, including Ohn’s Thai Plate, which is owned by Ohn and Ken Nail — also owners of the Oak Street Food Court itself.

Ken said he is excited about the addition of the Northern Grind coffee stand, and hopes Holmberg does well in the new location.

“The special thing about a food court is that there’s a variety of food,” Ken said, “and anybody that’s not interested in going to, say, a specific restaurant for Italian food or Mexican food, they can go there and look at a number of different concessions, and they have a wide variety of choice for what they might decide.”