Robb Talbott moved to Sandpoint because it reminded him of his hometown in West Virginia. In coming to Idaho, he brought a piece of that home with him, if only in a name: Mattox Farm Productions.

It all started when he and his wife were married in 2016 on Mattox Farm, which has been in Talbott’s family since the 1880s, he said. The wedding took on a music festival feel, Talbott said, with three bands playing that day. 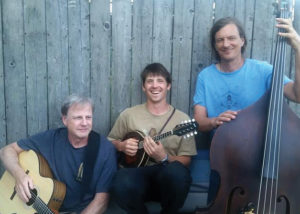 Now, Talbott and his wife, along with a few friends, make up Mattox Farm Productions, whose goal is to bring Americana music to North Idaho with shows and events that are family friendly.

Jack Frost Fest is one such event, held this Saturday, Dec. 2, at the Panida. The evening will consist of live music, and above all, getting people together, Talbott said.

“We just want to bring the community together in a part of the year when it’s kind of wet and kind of cool but there’s not really a lot of skiing or snowmobiling yet to do,” Talbott said. “Just to get out and have some fun and say ‘hi’ to people — it’s built in that spirit.”

Talbott said that even though Sandpoint has “a really cool, growing music scene,” he and his wife see an opportunity to brings shows meant for families. 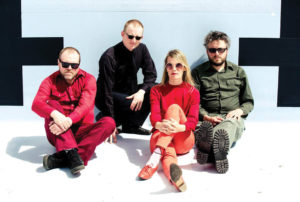 “At our shows I’ve seen three generations dancing together,” he said. “I think that’s the niche that we’re looking for here in Sandpoint.”

Jack Frost Fest will feature several bands that Talbott said all fall under the Americana banner, despite their array of sounds: BareGrass, Sasha Bell Band, Moonshine Mountain and Shakewell.

“Americana is music that has roots in American history — anything from bluegrass to Motown to New Orleans jazz,” Talbott said, just to name a few genres. “(Americana) is a blend more than it’s any one thing.”

Talbott said Mattox Farm held their first official show back in April after waiting a while to find a band that would be a good fit. They found that band in Yarn, and are now looking to build relationships with a number of bands that can bring roots music to the area. 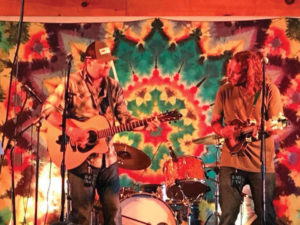 Cove Jasmin of Shakewell said that after he and the band played the Panida earlier this year, they couldn’t wait to come back.

“The community is extremely supportive of the arts and isn’t afraid to shake a leg — or join a conga line, for that matter,” Jasmin said of Sandpoint. “We play a lot of clubs and bars, so the Panida is refreshing because it welcomes all ages and is a place where the whole family can come out and get down.”

For Talbott, Jack Frost Fest will do a lot to further Mattox Farm Productions’ mission to not only bring Americana tunes to Sandpoint, but to bring people together in the process. 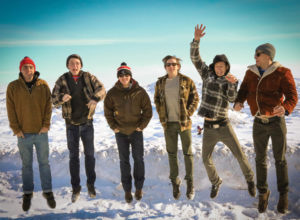 “I love the music, but I’m surprised how much I’ve just sat back and watched people have fun,” Talbott said. “I’m shocked at how much that has taken over and moved me.”

Buy tickets to Jack Frost Fest in advance at Eichardt’s, Eve’s Leaves, Evans Brothers, 7B Grooves or online at www.mattoxfarm.com/jack-frost-fest for $20. Tickets at the door the night of the show are $25. Doors open at 4 p.m. and BareGrass will kick off the party at 5 p.m.