Kids ran and played ball, some turning cartwheels and kicking up bits of cork in the process, on the new War Memorial Field turf Aug. 7, as city dignitaries milled about in preparation of the official ribbon cutting to signify the opening of the refurbished artificial grass surface – a day that, as Sandpoint Mayor Shelby Rognstad noted, Sandpointians would typically be gathered “under the stars, enjoying a beautiful night” of music at The Festival at Sandpoint, which has been canceled owing to COVID-19 public health concerns. 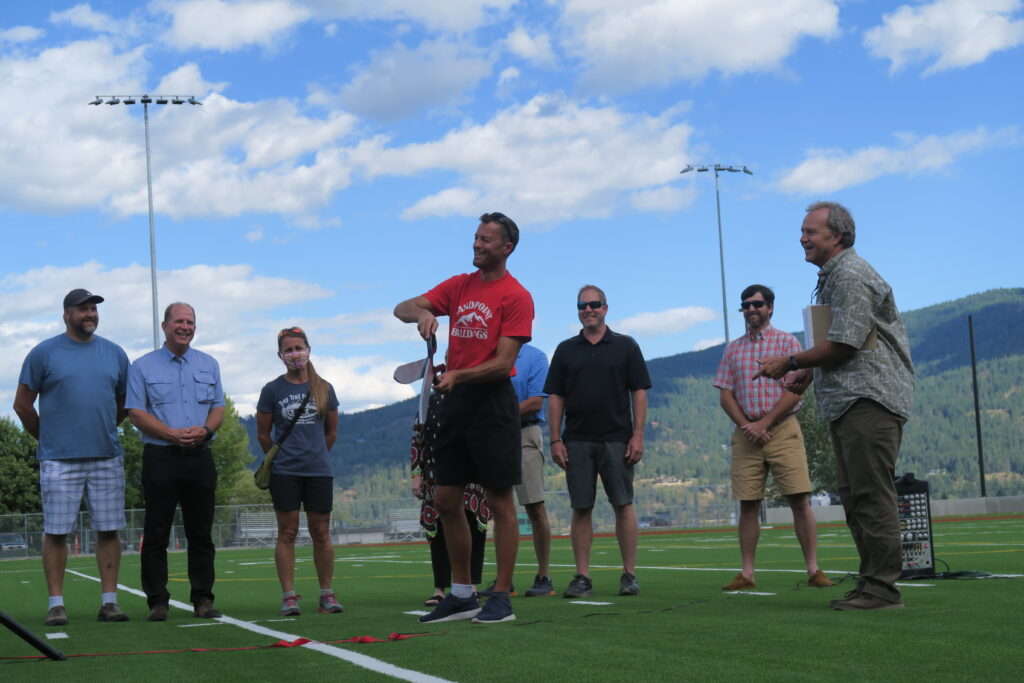 Rognstad nodded to the yearslong debate over what shape the field would take – as controversial a decision as any in the history of the Sandpoint City Council – recollecting his tie-breaking votes last autumn to approve the artificial turf design as “the most difficult decisions we’ve ever had to make – politically, for sure.”

Sandpoint Parks and Recreation Director Kim Woodruff took in applause for his role in shepherding the project, referring to it as his longtime dream and legacy.

“I can’t believe that we’re here today, finally, after all these years,” he said. “This project has been a long time coming.”

Phase II of the field work will continue into the fall.

“It’s super, super exciting for me to see how we’re positioning ourselves for the future,” Woodruff said.