A bipartisan plan to help an Idaho hero

Sgt. Jeremy Kitzhaber, a proud Idahoan, served 22 years in the Air Force with the highest distinction. He deployed to four continents, and among the many honors he received are the NATO Medal and the National Veterans of Foreign Wars “Beyond the Call” Award. Unfortunately, his time in the service of our country left him with more than just a cabinet full of medals. It left him with Stage 4 cancer. His duties in the Air Force included handling radioactive materials, and now, at age 51, his doctors have declared him terminal.

After 20 rounds of chemotherapy and multiple surgeries that removed parts of his intestines and other organs, Jeremy has massive internal scarring and is in constant pain. Every day, he must take a fistful of opioids that cause nightmares, carry a high risk of addiction and overdose, and threaten deadly intestinal obstructions. His wife carries NARCAN everywhere in case he overdoses on these potentially fatal opioids.

While Jeremy dedicated his life to serving his country, Idaho is not currently doing all it can and should to repay him. What Jeremy really needs is not a backpack full of opioids that cause devastating side effects, but medical cannabis. Numerous doctors, including his oncologist, have recommended he take medical cannabis, but he can’t because Idaho is one of only 14 states banning it. He actually tried it in other states and it worked very well, relieving his pain without the nightmares and intestinal problems caused by opioids. Almost every jurisdiction that borders Idaho permits medical cannabis, and some have suggested he just smuggle it in, but Jeremy is not a law-breaker.

Instead, he spent the past two years drafting legislation to carefully regulate and control medical cannabis, containing extensive safeguards so Idaho would not turn into Oregon. Jeremy’s bill is modeled after Utah’s legislation, but is more strict. The cannabis must be in medical dosage form (blister-sealed packaging) in very limited doses, no growing or production allowed, cannabis card needed for possession and only medical providers who can prescribe opioids could prescribe cannabis. Also, if a person misuses their card to obtain cannabis for someone else, it would be revoked immediately.

We are state representatives from different parties, but we are co-sponsoring the “Sergeant Kitzhaber Medical Cannabis Act” because pain is not partisan. We agree Idahoans should not become criminals for seeking safer treatment. Thirty-six states have legalized medical cannabis, and 22 of these have not progressed to recreational marijuana. Many of these are red states, like Ohio, Utah, Oklahoma and Missouri, which have found a way to get sick people the treatment they need without unsavory pot dispensaries popping up or kids getting access to marijuana.

We can get patients help for pain without stepping on a slippery slope, and this is what most Idahoans want. A 2019 poll from FM3 Research showed 72% of Idahoans were in favor of legalizing cannabis for medical purposes, and that number has likely climbed higher since the poll was taken. There is strong evidence cannabis is a much safer treatment than opioids and would better serve those suffering from a variety of illnesses, like cancer, epilepsy, ALS and multiple sclerosis. 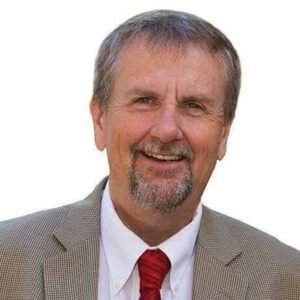 We have seen efforts this session to put a permanent ban on cannabis for any purpose in Idaho’s Constitution. Instead, for the sake of Jeremy and the thousands of Idahoans in his situation, we believe it is time to provide a safe, regulated way to access the treatment they need. We hope you will join us in helping an Idaho hero and passing the Sergeant Kitzhaber Medical Cannabis Act.

Rep. Ilana Rubel, D-Boise, serves as Idaho House minority leader and on the Health and Welfare, Resources and Conservation, Transportation and Defense, and Ways and Means committees. Rep. Mike Kingsley, R-Lewiston, serves as vice chair of the Local Government Committee, as well as on the Commerce and Human Resources and Health and Welfare committees.