‘This is a tourist tax’

City Hall still working on the language, but expect to see a 7% bed tax increase on the Nov. ballot

Sandpoint residents are more likely than not to see a measure on their 2022 ballots asking to increase the current 7% tax on short-term lodging to 14%, though the specific language has yet to be finalized. 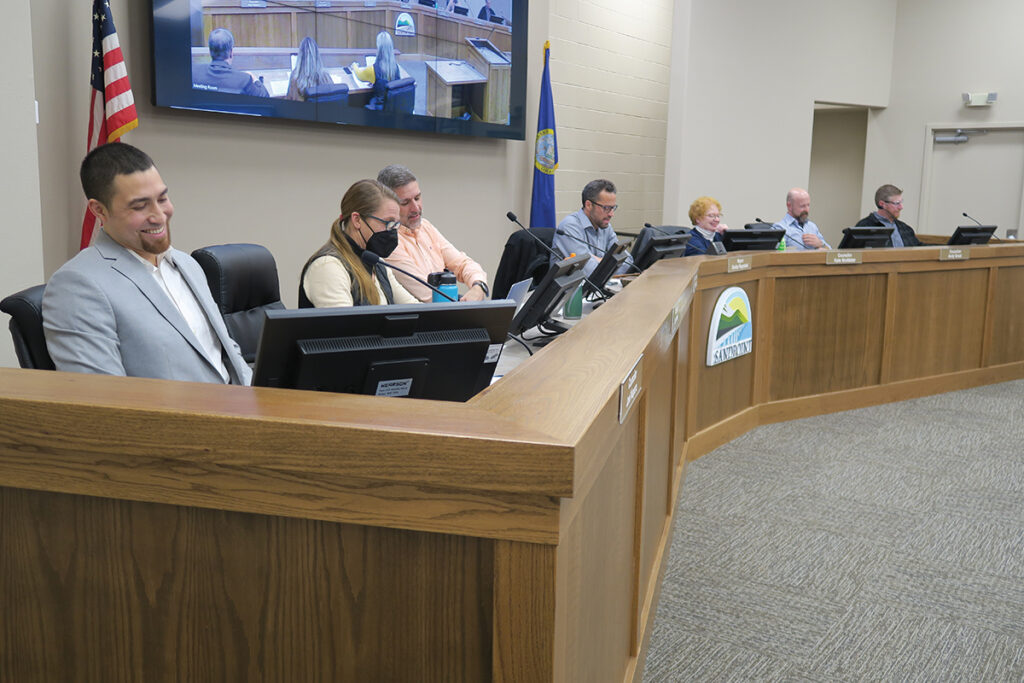 City Council members voted July 20 to table the ballot measure in order to get the wording just right, but the essence of the ask will remain the same: doubling the resort city local option tax on hotel, motel and bed-and-breakfast rooms, as well as condos, tourist/vacation rentals and other businesses that rent or lease temporary occupancy of 30 days or less.

The city’s current 7% “bed tax” goes to support public safety services and public parks operations — including 50% or more of the City Beach lifeguard program — as well as the SPOT bus. Excess funds collected by that 7% go toward property tax relief for residents, which in fiscal year 2023 is expected to run to approximately $200,000.

Sandpoint City Administrator Jennifer Stapleton said there’s been some confusion over how the bed tax increase would be allocated, with some written comments to City Hall expressing concern that the 14% tax would be siphoning money from public safety and parks.

“To be clear, the 7% — the amount that is currently collected — will continue to go to the uses that voters had approved, which is public safety services, parks and can also be used for infrastructure improvements,” she said. “But the increase of 7% for consideration by council would be specifically dedicated to streets and sidewalks. It would not take away from public safety services or parks.”

In other words, half the tax would flow to the same beneficiaries that it always has, while the other half would go toward street pavement, sealing and associated stormwater infrastructure; the pedestrian priority network, which includes maintenance, reconstruction and extension of sidewalks and pathways, as well as curbs, ramps and other improvements to ensure ADA accessibility and safety; property tax relief; and the costs associated with collecting and enforcing the tax.

Over the past three years, the city has collected an average of $500,000 per year from the current bed tax, with year-over-year increases. Adding a further 7% to the tax is estimated to pull in an additional $6 million by 2035.

The need for that additional revenue — especially applied to street infrastructure — is great, according to City Hall.

Based on data collected during formulation of the Multimodal Transportation Plan, Sandpoint has a significant backlog of streets in “poor” or “very poor” condition — about 21%, which is double the national average. The plan called for increasing street spending to $1.3 million a year just to avoid increasing that backlog and prevent further failing conditions. Meanwhile, the annual funding for paving maintenance and reconstruction over the past few years has increased from $250,000 to $500,000 per year and sidewalk funding has gone from $25,000 to $50,000.

The bed tax is designed to fall on visitors, rather than residents, in order that the former pay for the wear-and-tear on infrastructure and demand for services that result from their spending time in the community.

Underscoring that short-term rentals are as lucrative as they are perilous, Stapleton reported that when she, City Planner Amy Tweeten and Mayor Shelby Rognstad recently sat in on a call with 20 other resort cities in Idaho, they learned that as much as 60% of McCall’s total housing stock is made up of non-owner-occupied short-term rentals.

“We are by far the most restrictive in terms of short-term rentals. I think that’s been great for Sandpoint,” Rognstad said. “it is universally recognized as aggressive.”

That said, it is known that there are numerous unpermitted short-term rentals operating throughout the city — “I know of about three on my block,” said Councilor Jason Welker — and Stapleton said the city is currently working on its enforcement procedures.

“It’s kind of an ongoing battle for communities that have permitting requirements,” she added.

Raising the bed tax has been one strategy to disincentive the expansion of short-term rentals in other communities where they have eaten into the long-term housing market.

“It certainly could have an impact and we would hope that it would have some of that impact here, but absolutely it would increase the cost for short-term rentals with the potential to make them less desirable,” Stapleton said.

Referring to a 2019 industry study of lodging taxes around the country, Stapleton said the average bed tax is about 13.5%, with many resort cities charging a total tax rate of over 20%. Montana recently increased its short-term occupancy tax statewide.

Welker pointed out that the current 7% bed tax is in addition to the 6% Idaho sales tax and 2% state lodging tax, which means a further 7% increase really brings the effective rate of tax on short-term lodging from 15% to 22%.

“That is significant,” he said.

Council President Kate McAlister said that while paying these taxes may be a burden on short-term lodging operators, “they also reap the benefit of tax deductions and having a rental.” She also emphasized that “this is a tourism tax.”

Councilor Deb Ruehle suggested that there seems to be no problem filling any of the short-term rentals in the city, and “considering that this is a national average, it doesn’t seem like we’re going above and beyond.”

Rognstad added that “even coming at 14%, we’re still leaving quite a bit of money on the table.”

Council directed city staff to work on the ballot language and bring it back for further review. The deadline for submitting the measure so that it appears before voters in November is Sept. 1.