The sounds of the season

Conductor Jan Pellant has traveled a long way in his musical career to arrive in Sandpoint. Born in Prague, Czech Republic, and the son of professional musicians, Pellant has put together a new orchestra called the North Idaho Philharmonia, which will hold its inaugural concert Friday, Dec. 17 at 7:30 p.m. at the Panida Theater. 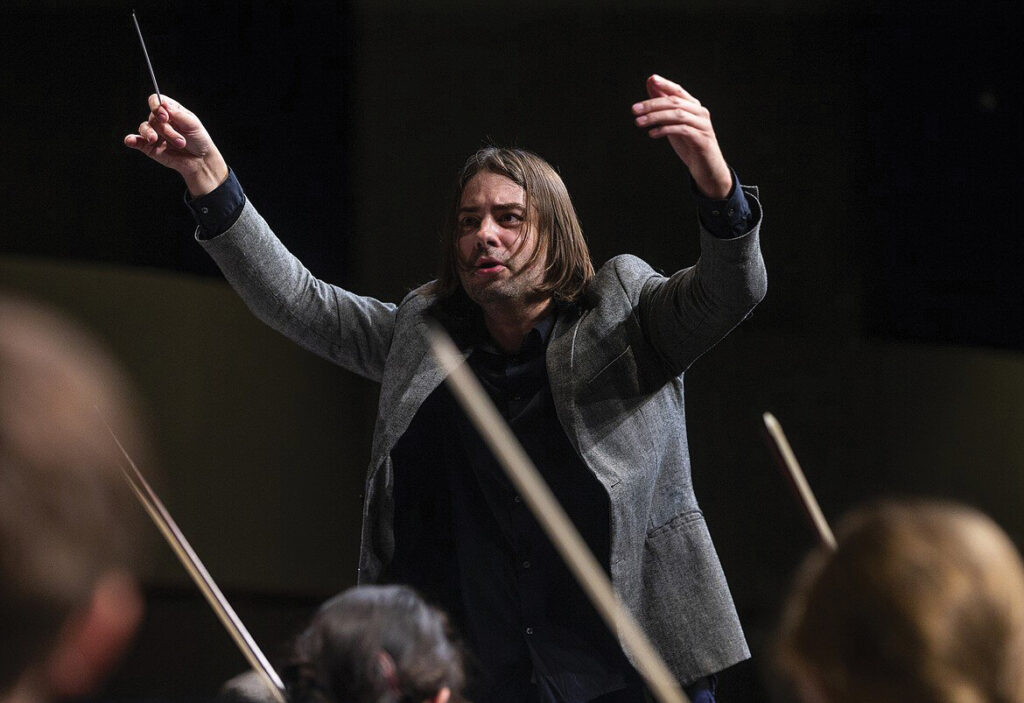 Pellant’s vision of the Philharmonia is to create a unique sound and showcase the cultural talents he’s seen come out of the community. Working in collaboration with both the Sandpoint and Coeur d’Alene Music Conservatories, Pellant will also draw on other high-level performing arts institutions to invite local and international professionals, as well as young musicians, to participate. The Philharmonia will aim for four to six performances a season, including a chamber music festival in April and one opera in the summer.

“I can see there is a really great arts community here,” Pellant told the Reader. “There is great music, great interest. I think having a professional orchestra performing regularly here and elsewhere around the region would contribute to promoting the performing arts of this beautiful city.”

While a symphony orchestra is usually characteristic of a larger size and a chamber orchestra smaller, philharmonias don’t specify a particular size, which gives the conductor the opportunity to make each performance unique.

Pellant said the program for upcoming shows will include all types of music, with classical taking up 70-80% of the program, while jazz, folk, pop and other genres will fill out the rest.

“We are open to any type of music that has good compositional technique,” Pellant said. “That’s how the orchestra creates such a unique sound. The composers are having to pay attention to all the ranges of the instruments.”

Aside from regular concerts at the Panida Theater, Pellant plans to take the North Idaho Philharmonia to other venues, including local churches and the Little Carnegie Hall at the Music Conservatory of Sandpoint.

“This idea of creating this orchestra sounded like it would be something that could be important to this community,” Pellant said.

Each performance will see the orchestral members meeting for just a week before the show, rehearsing four times in a row before showtime, then disbanding for a couple of months until the next performance. Each show will be unique, with different members and instruments.

Pellant first received classical music training at the Prague Music Conservatory, where he learned that he wanted to become a conductor — which he achieved at the age of 16. He then studied in Brussels before moving to the U.S. to earn his masters at the Carnegie Mellon University in Pittsburgh, followed by his doctorate in Lexington, Ken.

“I think music is, in my opinion, international speech,” Pellant said. “You don’t have to speak too much of a language because the music making is its own language.”

Pellant said he’s very excited to introduce the North Idaho Philharmonia at the Dec. 17 concert so he can highlight the magic that takes place when talented musicians work in sync with one another.

“Why should people come to a concert when they can listen to recordings at home?” Pellant asked. “Because they come to see the energy. The magic. To see musicians really play and feel moved by the music is wonderful. You are experiencing something that is unique.”

For any professional musicians interested in auditioning for the North Idaho Philharmonia, contact Marcy Hogan at 714-7971213 or Jan Pellant at 859-866-8472.