Those familiar with the ins and outs of literature might be familiar with the concept of the unreliable narrator — the character who tells the story, but one that may be swayed by personal interest or factors outside of their control, leaving the reader wondering whether they’ve experienced the story in its truest form.

In the case of Anthony, the main character in the 2020 film The Father, the lack of reliability can be blamed on dementia. 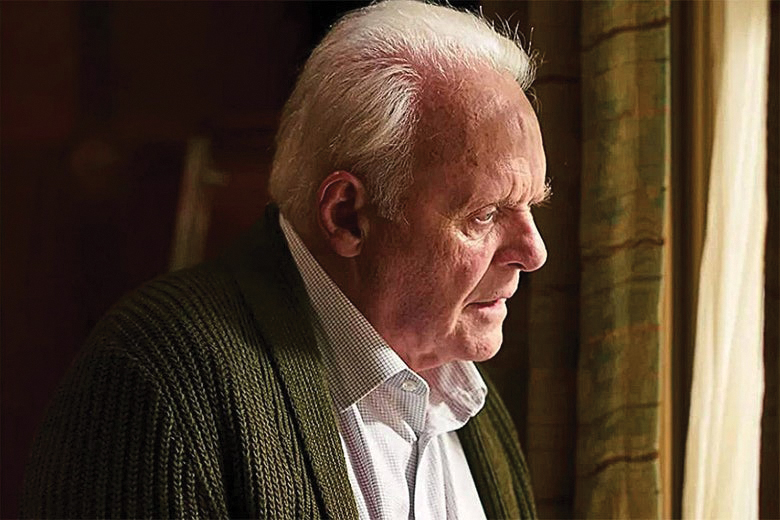 The Father — set to screen at the Panida Theater on Saturday Dec. 11 and Sunday, Dec. 12 — tells the story of a father and daughter as they deal with the former’s loosening grip on reality. As Anthony’s mind fades, his daughter, Anne, attempts to find yet another in-home caregiver for her increasingly cantankerous father. Time is of the essence, too, as Anne is moving abroad and will no longer be able to make daily visits.

Based on his play by the same name, director Florian Zeller uses purposefully disorienting storytelling and film techniques to reflect the world as Anthony is experiencing it — without linear time, and full of confusion and fear. The result is an “unbearably heartbreaking film,” according to The Guardian; but, nonetheless, a film worthy of a 98% approval rating on Rotten Tomatoes and countless rave reviews from top critics — including an Oscar nomination for Best Picture.

The Father’s success comes partially from stellar acting, particularly from Anthony Hopkins as, appropriately enough, Anthony — a role for which he won a Best Actor Oscar, making him the oldest-ever Academy Award winner in a competitive category. Reviews also laud the emotional performance by Olivia Colman as Anne, who earned an Oscar nomination for Best Supporting Actress.

Despite a small cast and setting limited largely to Anthony’s London flat, The Father makes up for its lack of physical breadth with overwhelming depth. Familial relationships, fear and grief are all prevalent in this film — in particular, the grief one must face while the person they love is still alive, though quickly slipping beyond reach.

Tickets to see The Father at the Panida Theater can be purchased online at panida.org, or at the theater before the screening. The Panida Theater “strongly encourages all guests to wear a mask, regardless of vaccine status, while enjoying performances.” Doors open half an hour before each viewing.