The one who Shook up City Beach

By Hannah Combs and Chris Corpus
Special to the Reader

Young Vernon Shook didn’t let anything stand in the way of his ambitions to become an engineer or doctor — not even the Great Depression.

Upon graduating from Sandpoint High School, he took on dozens of jobs to raise money for college. One was a short stint as a lifeguard at the Natatorium (indoor pool) in Wenatchee, Wash. The next summer, in 1932, he came back to his childhood swimming hole and had a vision that would change Sandpoint forever. 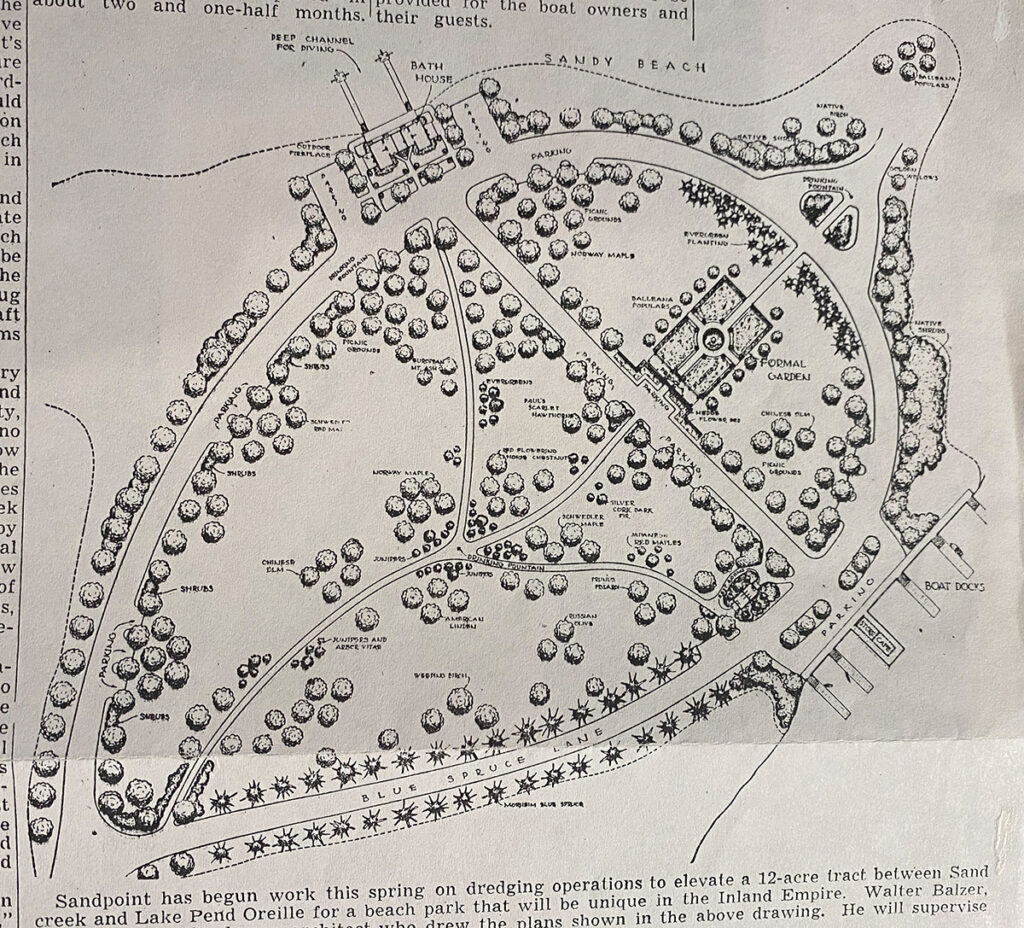 Up to that point in time, locals waded in the shallows around City Beach after the spring floods, cleared out driftwood and danced around submerged logs that had escaped during log drives. Drownings occurred at the south end of the sandy area where the river started because of the swift current. The most notable was the young daughter of a local tribal chief. Some say that was the beginning of the end of the annual summer Salish gatherings.

Shook’s vision for City Beach included a safe swimming area, lifeguard training, swimming lessons for children and a picnic area for all residents to enjoy. His exuberance also included a 12-foot tower so lifeguards could see all the swimmers, and — of course — take a periodic high dive into the deep waters.

The city leaders were hoping to entice tourism based on car travel, so they jumped at Shook’s proposal. It helped that he was willing to do all of the work and be paid a pittance; but Shook had a passion for his town’s cool waters. He cobbled together monetary donations and marshaled volunteer labor to create the first city bathing beach.

After motorists learned of the new amenities, Sandpoint became known to have the best bathing beach in the Inland Northwest, complete with a fine bath house. It evolved from a seasonal gathering place for the Kalispel to a part of the Northern Pacific Railroad land grant, and it was eventually conveyed to the city of Sandpoint for the express use of a public park. 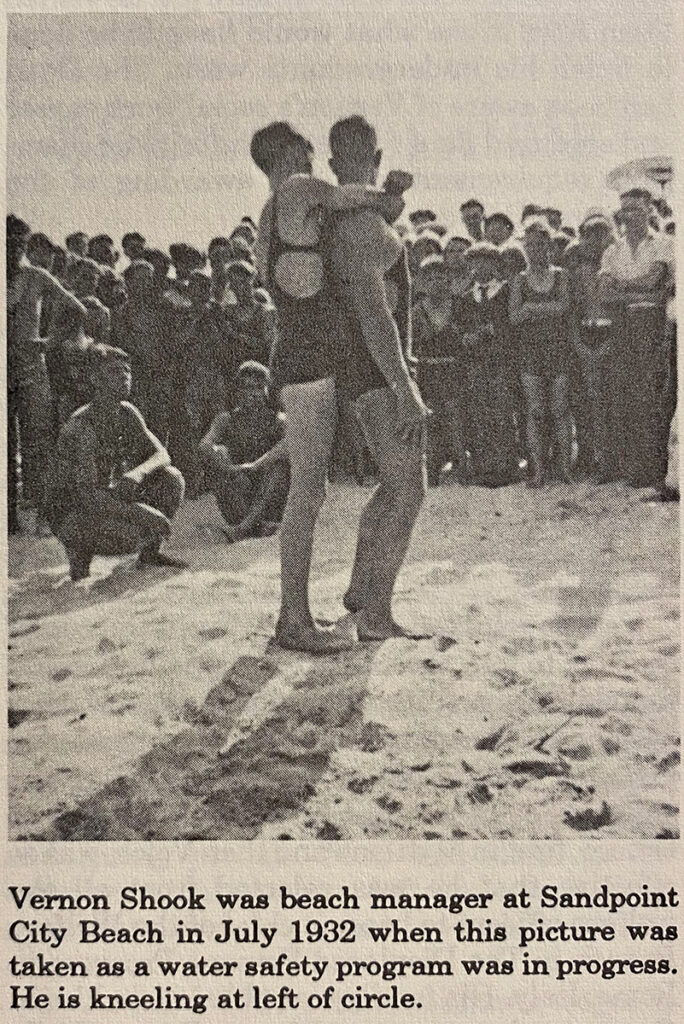 Periodic improvements took place over the next few years, but in 1939, a major renovation took place thanks to financial assistance and labor through the Works Progress Administration. The entire beach area was dredged to fend off the impact of flooding. Submerged logs were removed, sand was bulldozed onto the beach to raise the land height, and houseboats were removed and demolished under guard of the sheriff. In addition to the bath house, a formal garden and arboretum were designed, as well as a broad promenade.

The 1948 flood decimated the park and its improvements, and prompted the building of Cabinet Gorge and Albeni Falls dams. The Sand Creek outflow was rerouted for the safety of beachgoers, and more dredging for an improved boat marina provided some of the fill needed to raise the land area even higher.

After Shook’s impassioned efforts to create the first public beach area, he credited the people of Sandpoint for providing much of the volunteer labor to make it what it is today. The Lions Club headed the main modern improvements — most notably the barbecue pavilion and the club’s Fourth of July events centered on the beach.

Today, thank goodness, the lifeguards continue their fine work. As for Shook, he went on to have a long career in social work, and was assigned by the United Nations as chief of the Displaced Persons Program in Rome following World War II. Even off the beach, he was still helping struggling people find their way safely home.

Thanks to the Bonner County Historical Society for this story.