The next generation of storytellers

With the advent of new technology and media, the art of storytelling has changed volumes in the millenia humans have inhabited the earth but, at its core, storytelling still relies on humans sharing their insights with others. And there are few media more powerful in telling stories than film.

The Music Conservatory of Sandpoint is aiming to bring up the next generation of artists with its forthcoming Filmmaking Program, slated to begin in spring 2022.

Course instructor Tim Bangle said he got involved with this program because he’s always had an interest in movies. 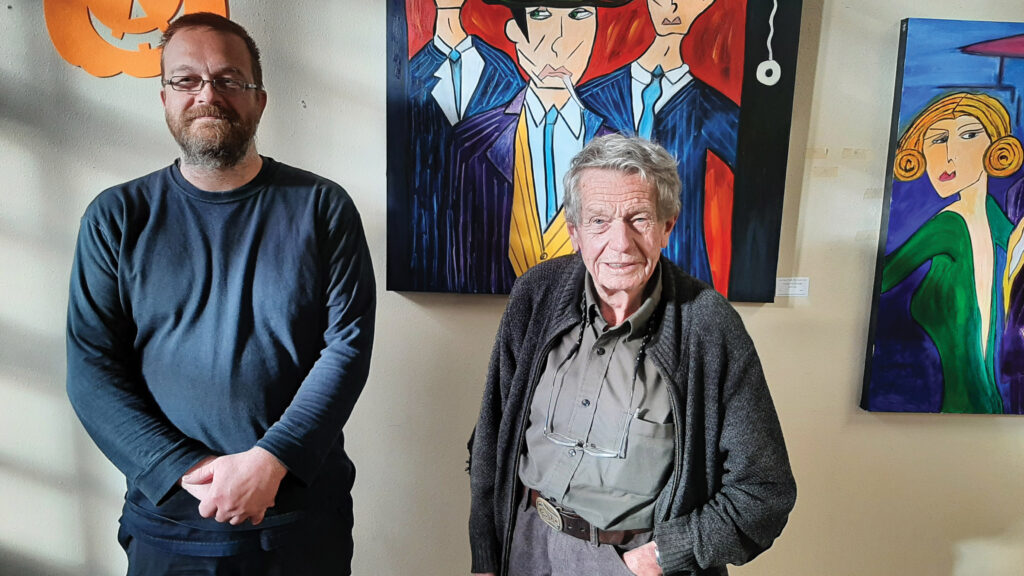 Tim Bangle, left, and Erik Daarstad, right, hope to usher in the next generation of filmmakers with the Music Conservatory of Sandpoint’s Filmmaking Program. Photo by Ben Olson.

“I graduated in ‘96 and always had an interest in film,” Bangle told the Reader. “Coming from Sandpoint High School, being part of a filmmaking community seemed so unrealistic when I graduated. So I went down to California for 20-plus years before I came back to the area. I graduated from film school and am currently wrapping up my master’s degree in creative writing.”

Bangle has also worked on several short films in his career and hopes to pass on what he’s learned to prospective film students interested in the MCS Filmmaking Program.

“We decided to start with a 16-week pilot program to teach the basics of filmmaking, which includes a bit of film history, storytelling, lighting and cinematography,” Bangle said.

The goal is to let students write two screenplays and film them from start to finish, teaching about documentary filmmaking along the way and culminating in a red carpet event to present the movies to the community.

Award-winning documentary filmmaker Erik Daarstad, who has worked on about 300 films and as many television commercials, was also tapped as a guest instructor to help share some of what he’s learned in 62 years working in the film business.

“Hopefully it might light a spark in somebody to pursue film,” Daarstad told the Reader.

“Part of the appeal of having Erik involved is showing students that it is possible to make movies and be successful at it,” Bangle said.

MCS Director Karin Wedemeyer is excited about the forthcoming program, pointing out that filmmaking is yet another aspect of the emphasis on performing arts at MCS.

“If you put someone behind the lens, you teach them to see and view more,” Wedemeyer told the Reader. “It’s another angle of artistic expression. … Perhaps this will inspire students to look at life in a new way, captured through the medium of a camera. That fits what we do here. This lives under the umbrella of the stimulation of the mind and creative heart through different forms of media.”

The pilot program is open to students 12-17 years old. No experience or equipment is required — just an interest in film. Starting in spring, classes will take place Fridays, both on-site at the MCS building (110 Main St.) as well as off-site during field trips shooting around various locations.

MCS will host an open house Friday, Nov. 5 from 5-7 p.m. at the conservatory for those interested in learning more about the program. Bangle will give a presentation and Daarstad will speak to the class about his experiences behind the camera, showcasing some of his life’s work and students a glimpse of what this experience will look like.

Organizers said there is quite a bit of interest already, and the class size will be limited to 10 students, so participants are encouraged to attend the open house or contact MCS right away.

“It would be wonderful to create the legacy of teaching for the next generation of students to be inspired, especially in a community like this where it’s never offered,” Wedemeyer said. “‘If you build it, they will come,’ as the saying goes, and we are the epitome of this at MCS.”