A light in ‘unusual times’

The Panida Theater will unveil the full power of its newly refurbished marquee on Tuesday, Nov. 9, as the theater’s board and staff invite the community to attend a marquee lighting ceremony, followed directly afterward by the Panida’s annual membership meeting. 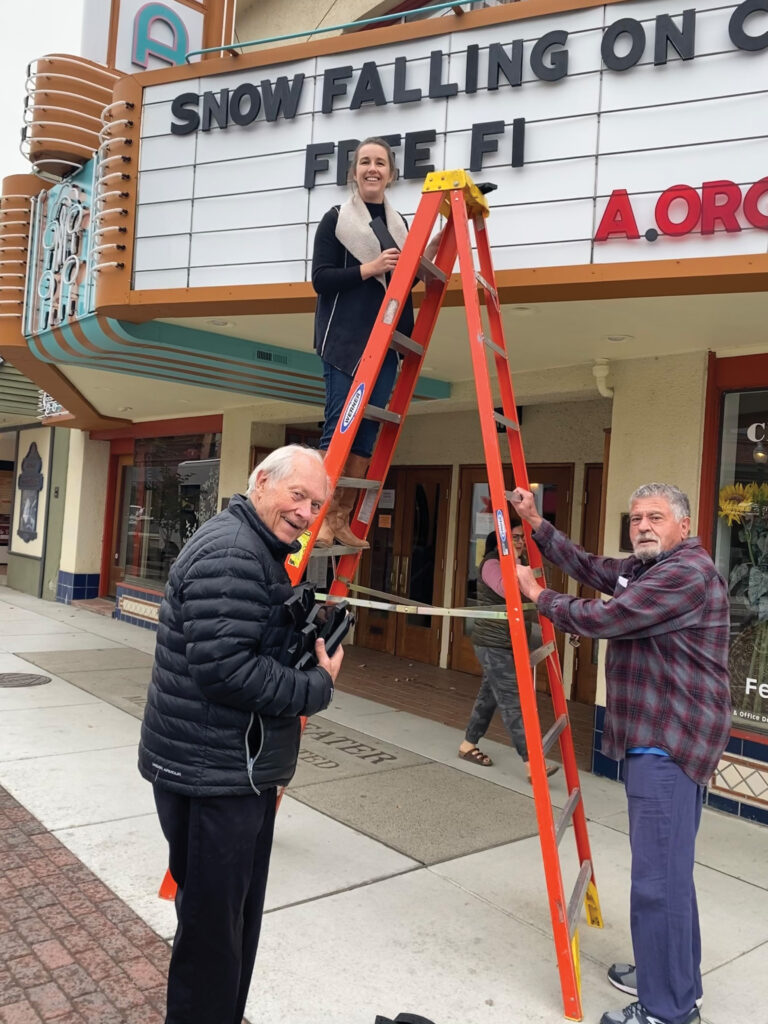 The Panida marquee, which is scheduled to light up First Avenue at 6 p.m. on Nov. 9, features new neon, fresh paint and cleaned reader panels. Board members announced in August that they’d achieved their fundraising goal of more than $50,000 to give new life to the iconic signage, thanks in large part to community donations and grants from the Innovia, Equinox and Confidence foundations.

“These are unusual times for the Panida and elsewhere. The spectre of the pandemic hangs over everyone and every aspect of our society,” Panida Interim Chair Jim Healey told the Reader. “The relighting of the marquee is a celebration of the resilience and endurance of the local community.”

Also slated for Nov. 9 is the Panida’s annual membership meeting, held in the theater’s main auditorium following the marquee lighting ceremony. During the meeting, new board member candidates will be introduced and a vote will take place.

According to a Nov. 1 email from newly minted Panida Managing Director Veronica Knowlton, Panida officials were still accepting and reviewing board applications, and “aren’t releasing candidate names until the meeting.”

Aside from the vote, the membership meeting will also feature a manager’s report, as well as time for staff and volunteer appreciation. Panida officials said that attendees will “learn of offerings for the season and hopes for a very bright future shared by the managing director and board members.”

“You will be encouraged to share your thoughts, concerns, hopes and wishes,” theater organizers stated on the Panida website. “This board listens! We welcome and appreciate your suggestions.”

The event will be Knowlton’s first high-profile introduction to the community at a Panida event, as she was just hired in September (for more, see the Reader’s profile on Knowlton on Page 21).

“I am most looking forward to meeting the community and celebrating the collaborative effort in restoring the marquee,” she said, also noting that the Panida is approaching its 100th birthday in 2027. “People should come witness local history and hear about the Panida’s renewed vision as we set our sights toward our centennial year.”

Healey echoed that sentiment, emphasizing that the community has the chance to be a part of a bright future at the theater by participating in events like the marquee lighting and membership meeting.

“We are celebrating the Panida as a focal point for entertainment and community,” he said. “People should attend because they love themselves, their families, their community and the arts.”