The many gospels of the Caped Crusader

New release The Batman adds little to its foundational text

Watching Batman movies is starting to feel like going to church. Every time we have a new interpretation of the “Caped Crusader” on TV or in theaters, we dutifully sit for a retelling of the same story and line up behind our various preferred sects. There are the Adam West-ian Originalists, the Reformed Keaton-ites, Clooney-ates and Kilmer-ist Skeptics, as well as followers of Bale-ist Revivalism and the odd adherent to the Affleck Heresy. 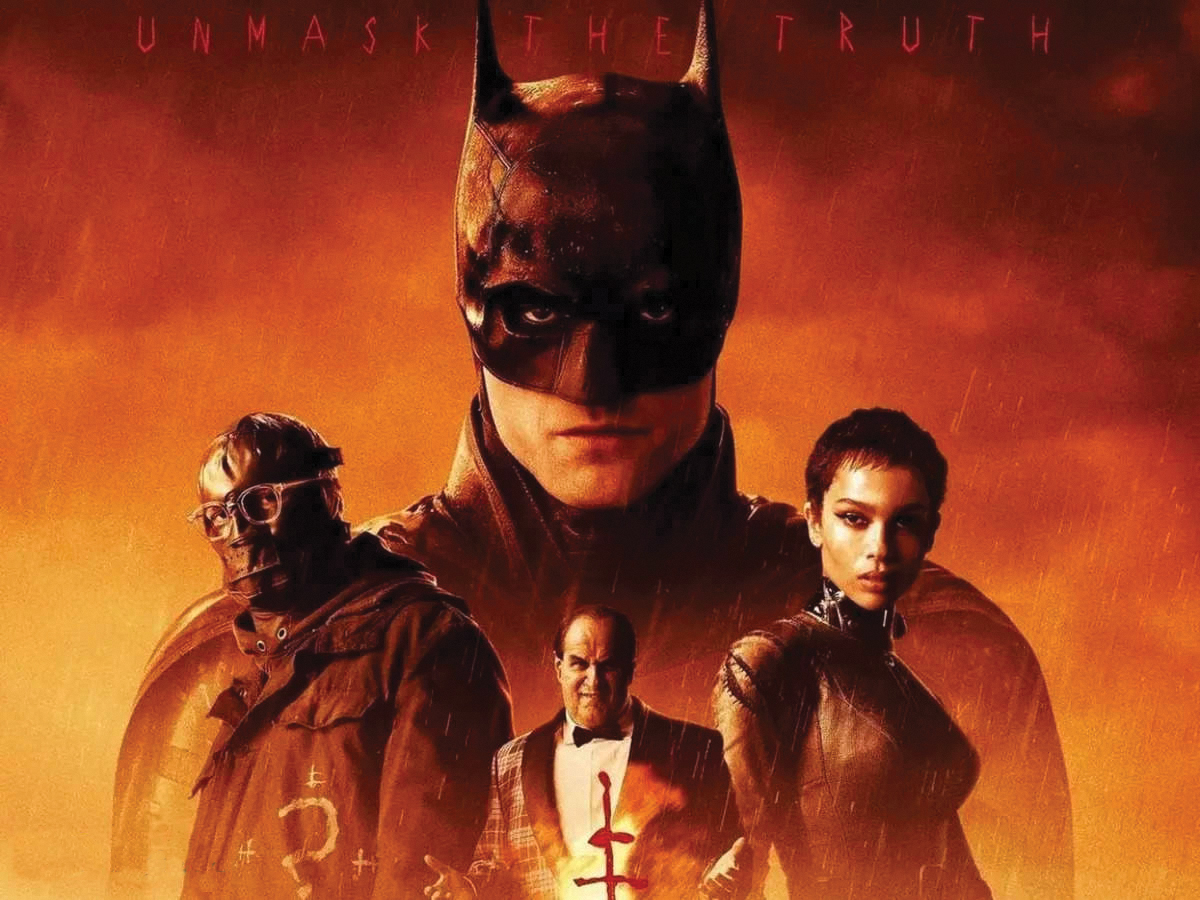 This isn’t even taking into account the devotees of Animated and Expanded Universalism, who encompass any number of schisms ranging from Justice Leaguers to Suicide Squadists and Joker-ists to worshipers of the Cult of Harley Quinn.

Now we must add Existential Pattison-ianism to the ever-expanding Batman canon.

Released in theaters in March and now streaming on HBO Max, Robert Pattison dons the mantle for his titular turn in The Batman, but offers little to alter the foundational text.

Directed by Matt Reeves, this iteration of Batman is as grim, seedy and overcast as the darkest chapters in Christopher Nolan’s “Dark Knight Trilogy,” but lacking those films’ essential inventiveness and verve.

That hasn’t mattered much at the box office. The film has already grossed $365 million in the U.S. and garnered a respectable 85% rating on Rotten Tomatoes.

Still, with its almost three-hour runtime, The Batman feels like it should have accomplished more than simply giving us another version of broody Bruce Wayne, another put-upon-but-steadfast Alfred (Andy Serkis), another slinky-deadly-ethically-iffy Catwoman (Zoë Kravitz) and another harried last-good-cop Jim Gordon (Jeffrey Wright).

Despite these all being fine performers, they fail to break in any significant ways from the templates established by Nolan’s singular vision 17 years ago. The notable exceptions are with Gotham’s villains.

John Turturro provides an unexpected mingling of menace and paternalism as crime boss Carmine Falcone. Colin Farrell submerges himself entirely in the role of Falcone’s henchman Oz, a.k.a., the Penguin, meanwhile providing the only glimmers of humor in this otherwise bleak environment of urban decay and rain-bloated skies.

The real standout is Paul Dano as the Riddler. Dano brings a truly unsettling level of unhinged malevolence to the character, pushing him from the prancing goofball portrayed by Jim Carrey in 1995’s Batman Forever into a serial killer with a twisted moral mission.

The Riddler conceals his identity in a clunky leather suit, murdering Gotham’s political leaders in ultra-violent ways that are often reminiscent of the maniacal torture devices in the Saw franchise. He then leaves deviously contrived clues and cards for Batman at the crime scenes, drawing him further and further into revealing the conspiracy that has resulted in the city’s physical and moral rot.

Meanwhile, the Riddler’s online followers construct an army of ersatz mini-Riddlers itching to dish out similar Old Testament-style punishment against the “liars” who have turned Gotham into a sewer of corruption.

Amid this upswell of popular violence — and the mounting evidence that the Riddler really is hacking away at the city’s criminal superstructure — Batman is forced to consider his own moral ambiguity as a self-appointed law enforcer. That’s nothing new in the world of Batman and Pattison portrays these ruminations with a particularly doleful variety of angst, which is juxtaposed against the single-minded self-righteousness of Kravitz’s Catwoman. Both become tedious long before the end credits.

Uninspiring and rote, the ostensible heroes in The Batman never quite leave their own mark on their long-familiar characters. Following that, I suspect Existential Pattison-ianism will end up as an offshoot of Bale-ist Revivalism, perhaps even one day to be overshadowed by the Dano-ic apostles of the Riddler.