The glorious return of Tennis

Picture this: a dance floor is packed to the gills with young and old, clutching drinks, shouting out the words to their favorite songs. A drummer bangs on his skins like his life depends on it. A bass player dances and thumbs his notes along with the keyboarding screaming and playing spread eagle chords all up and down the keys. 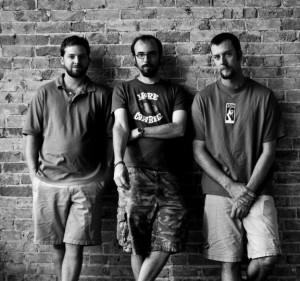 This, my friends, is Tennis.

Years and years ago, while I was still just a  lowly Reader contributor and managed the Downtown Crossing Bar (when it was still upstairs), Tennis was our “house band” that played a couple times a month and drew an amazing crowd every show.

Led by Brian Hibbard—whose family started the Downtown Crossing—Craig Baldwin and Jeremy Kleinsmith, the trio’s heyday lasted for the better part of a half decade.

Then front man Hibbard moved to Boston five years ago for his job, as well as to seek out the best health care for his seven-year-old son who has cystic fibrosis. When Hibbard left Sandpoint, the group didn’t exactly disband, but they were only able to take the occasional wedding gig.

It’s been a  year since the trio has played together, but Hibbard is returning to Sandpoint this weekend to revive the magic, thanks to a wedding and a show at MickDuff’s Beer Hall.

“We had an extra day after the wedding party gig,” said Hibbard. “So Craig set up the show at MickDuff’s.”

Hibbard ruminated on the glory days of Tennis, when Sandpoint couldn’t get enough of the band and the Downtown Crossing was still around.

“It was a lot of fun,” he said. “Nice to be noticed and attended. It was three or four years of work to build the crowd up, build up the venue, finally get a band that was awesome, that was proficient, could do and play anything. It took a lot of work at that point and we enjoyed it for a few years.”

Testament to the band’s prowess is the fact that they haven’t played together for almost a year and Hibbard doesn’t seem to be too concerned.

“We don’t have a lot of time to practice,” he said. “We’ll just hope we know each other’s moves so well.”

Tennis has been known to do a little bit of everything. Covering the songs that nobody covers, playing originals with a fun twist, the trio strives to put 110% into every show, which is why their fans still remember the band after so long with no shows.

“We don’t play super heavy metal,” suggested Hibbard, when asked if there was anything they don’t play. “We do lots of rock songs and indie songs. Sixties, seventies, eighties, but we’re not a greatest hits station.”

For this time around, Tennis will focus on playing a few more of their originals, which Hibbard has written over the past decade.

While Hibbard mostly holds down the trio with a keyboard, he’s been known to strap on a keytar and dance around the stage like a madman. Baldwin’s bass sensibilities and harmonies are usually spot on, as is Kleinsmith’s energetic full kit. Together, the trio tackles everything from the Who to Stevie Wonder, Franz Ferdinad to obscure, difficult arrangements that leave audiences in wonder and awe.

For their reunion show, Tennis will be appearing Friday, July 24 at the courtyard at MickDuff’s Beer Hall from 7 p.m. to 10 p.m. There will be a $5 cover charge, but don’t worry about that—the show is well worth the money.
Long live Tennis!