From New York to Bonner County, riders from all walks of life can learn something from Stephanie Johnson

Stephanie Johnson grew up in a wealthy part of Albany, N.Y. as one of very few Black children in her neighborhood. She danced ballet and excelled in school, but belonged to a family void of love. Johnson had a tough start in life not because of a lack of opportunity or money, but due to a lack of humanity in her own home. 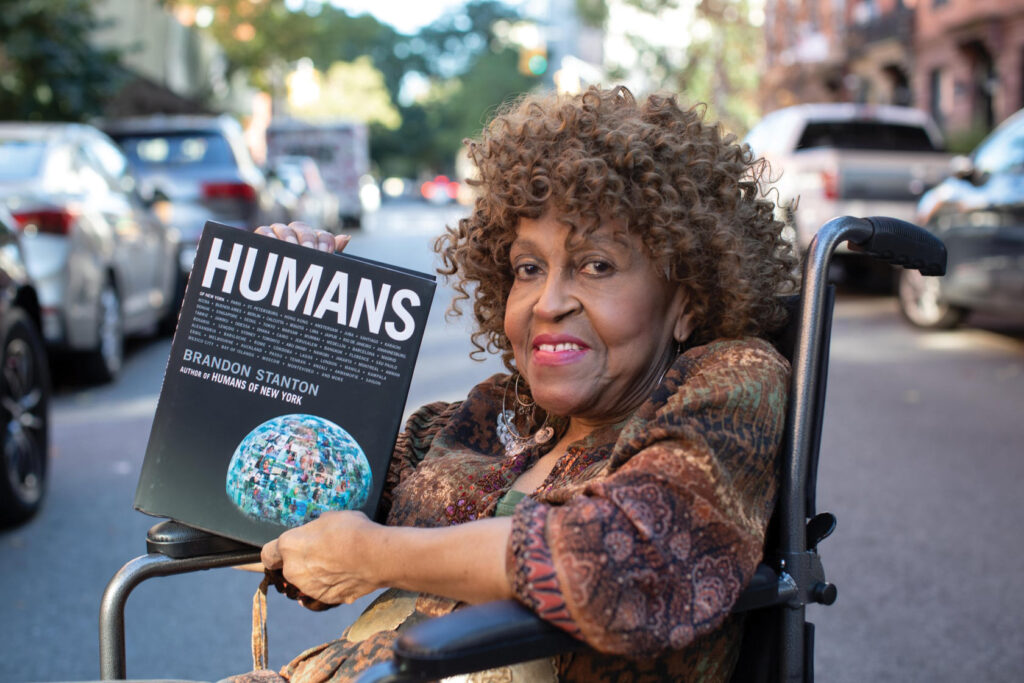 As a teenage runaway, pregnant and sent to prison, Johnson decided she would never go back home. Instead, she headed down state to New York City to build a life from scratch — a life she shared in a series of Humans of New York blog posts to critical international acclaim.

HONY is a project by photographer Brandon Stanton to collect images and stories from the city’s inhabitants, and the decade-long endeavor has taken him across the world and made him the author of two books.

As Stanton tells it, he met 76-year-old Johnson on a cold day in New York in early 2020. The two struck up a friendship and Stanton ended up conducting one of his most extensive interviews yet, detailing Johnson’s stories of heartbreak, triumph and hard-earned wisdom as a longtime New Yorker and popular burlesque dancer named Tanqueray in the 1970s.

Stanton shared Johnson’s story online in a 32-part series during the final week of September alongside a GoFundMe meant to raise money for her medical care. Without insurance and having recently experienced a traumatic fall, Johnson needed help.

“The ultimate goal is for Stephanie to live the rest of her life on her own terms,” Stanton wrote on the GoFundMe page. “Maybe that means an assisted living facility. Maybe that means remaining in her apartment with the assistance of a home health aide. I’m not sure. But I want to provide her with enough resources so that it’s her decision, and not a decision forced upon her. But I’m not viewing this as charity. Stephanie brings a priceless resource to the table — her story.”

Those who gleaned anything from the blog posts were invited to contribute. The fundraiser has amassed more than $2.5 million.

In all, Johnson’s story is a sad one. She navigated the social circumstances of a Black woman living on her own in the city with grace and sass, though acknowledges that no matter if she found love, no matter if she found success, it was shrouded in secrecy and short-lived. Readers cried for her, laughed at her jokes and left comments filled with awe toward her frank observations.

She named and described characters along the way: fellow dancers, mobsters, a quiet and kind fan who would bring her chocolates each year on Christmas. Her experiences outline the broader changes that have happened in New York over the past 50 years. Through Stanton’s photos of Johnson in her wheelchair and Johnson’s own memorabilia from her past, a clear picture forms of time’s relentless passing and the perspective that a hard life imparts on its victims.

But Johnson is no victim — she is a survivor. She wrote her own story, and then she shared it thanks to a chance meeting with Stanton. Now the money she earned will help her live out the remainder of her life comfortably, and what’s left after her passing will go to the Association to Benefit Children, which assists homeless youths.

“It was starting to feel like everything that was going to happen to me had already happened,” Johnson told Stanton. “There was nothing left but a bunch of stories. And those aren’t worth much when there’s nobody to listen. But then I got this one last gig. Right as the curtain was coming down, I get this one last chance to be on stage. One last chance to be Tanqueray. And I haven’t forgotten how to do it.”

To read Johnson’s story and donate to her fund, visit humansofnewyork.com or find Humans of New York on Facebook.