Suicides down 29 percent world-wide; up 30 percent in the U.S.

20 young vets kill themselves every day

If America gave up its guns, suicides would crash. 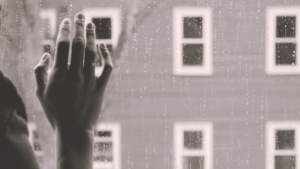 In 1972 I moved from Denmark, where I had had taught for one year, to Moscow to start my career at the University of Idaho. I fell into a conversation with a student on campus, and I told her how impressed I was with the Danes and their system of government. She countered with this assertion: “Welfare states cause people to kill themselves more often than in other countries, don’t they”?

At that time the non-socialist Hungarians and the Lithuanians had much higher suicide rates, but, even so, the Danes took their own lives at a rate twice that of the U.S. The Danes are very effective in addressing social problems, so their suicide rate is now 12.8 per 100,000 (Western Europe’s is 13), while the U.S. rate has risen to 15.3 for the same number of Americans.

According to The Economist, the world-wide suicide rate has decreased 29 percent since 2000, and down 38 percent since 1994. The special report states: “Over estimated 4 million lives have been saved—more than four times as many people as were killed in combat over the period.”

Russia has experienced the largest drop in suicides: from 45 per 100,000 to 25 since 2000. Say what you will about Vladimir Putin, but, during his 18 years in office, the morale of the country and its economy have improved dramatically. (National wealth per person doubled during this period.) Controls on alcohol sales have been the primary reason for the decline in suicides, and more Russians are exercising and eating more healthy food.

Chinese and Indian Women Suicides Down

Many Chinese and Indian women, who once killed themselves at very high rates, are now choosing to stay alive. Women in both countries now have more freedom to study and work away from their rural homes, where family pressures drive many to despair and use pesticides to end their lives. More opportunities in the cities allow them to leave unhappy, usually arranged marriages, physical abuse, and difficult mothers-in-law and lead productive lives.

Elder Suicides Down, Except for the U.S.

The elderly, once a demographic with higher suicide rates, are now better off. Across the world, far fewer live in poverty and many more have access to good health care. As The Economist reports: “Britain’s palliative-care system, regarded as the best in the world, helps explain a remarkable fall in the suicide rates among old people.” With a less secure safety net, American men over 65 kill themselves at a rate of 29 per 100,000, climbing to 47 after the age of 85.

According to the Center for Disease Control and Prevention, the U.S. suicide rate has risen 30 percent since 1999. Boom and Bust North Dakota suffered a 58 percent increase in suicides, but Delaware went up only 6 percent. Curiously, Nevada, where millions are won and lost each day, reported no increase at all.

There are three major reasons for this alarming phenomenon: (1) the elderly men mentioned above; (2) many middle-aged white males without a college education caught in deadly web of alcohol and drug abuse; and (3) troubled veterans below the age of 35 taking their own lives at increasingly higher rates. Significantly, all the increase in suicides has been in the white and native population; the rate among blacks, Hispanics, and Asians has been level at 5 per 100,000 since 2000.

A report from the Government Accountability Office shows that the Veterans Affairs Department (VA) has done a poor job in addressing military suicides. On average 20 vets kill themselves every day, which, in 2016, was 45 for every 100,000 Americans. Furthermore, vets are 1.5 times more likely to kill themselves with a gun.

This year the VA has spent only $57,000 of the $6.2 million that was appropriated for a social media campaign to address the issue. The Trump administration has not filled many of the positions that were tasked for this purpose. Current officials blame former VA Secretary David Shulkin for not addressing the problem effectively on his watch, but that is no excuse for them not spending the money to save vets’ lives.

If one calls the Spokane VA Medical Center, the message is as follows: “If you are having a physical or mental health emergency, hang up and please call 911.” If vets have thoughts of suicide, they do not get a counselor (as some suicide hotlines provide); rather, they are given an 800 number to call. Not very helpful to say the least, and that $6.2 million would provide a lot of trained professionals to help these troubled soldiers.

Most sociological studies show a correlation between religious belief and low suicide rates. This is especially true in Muslim and South American countries where, contrary to American and European believers, their citizens take the prohibition against taking one’s life seriously. The Muslims of Bahrain, Malaysia, and Bangladesh; and the Catholics of Columbia, Brazil, and Ecuador have the lowest rates in the world.

Utah has the highest rate of church attendance, but it has the fifth highest suicide rate. With some exceptions other church going states also have high rates. People from New England and most Blue States are the least religious, and have the lowest rates. With only two exceptions (Alaska and Montana), the top twenty low rates states are blue.

40 Percent of Armed Forces are Evangelical

Restricting the Instruments of Suicide

In Asia the most common way of taking one’s life is drinking paraquat. Sri Lanka and South Korea banned the pesticide and suicides went down by nearly half. China is now considering a similar ban. After banning paraquat in the European Union, officials there are now focusing on limiting the dose of popular suicide pills such as aspirin and paracetamol. Already, suicides using these drugs have gone down 46 percent and 22 percent respectively.

Suicides with a Guns: 2-1 over Homicides

Nearly twice as many Americans commit suicide with a gun than they do to kill others with one. A study done by the Boston University School of Public Health found a strong correlation between gun ownership and suicides. Only 12 percent of those in Hawaii own weapons, and the state’s suicide rate for males is 5 per 100,000, while males in Wyoming with 73 percent gun ownership kill themselves at a rate of 25 per 100,000. The rate is even lower (4) in Massachusetts with the second lowest gun ownership.

In 2016 the Johns Hopkins Center for Gun Policy and Research issued a report that compared the results of gun law legislation in Missouri and Connecticut. The researchers found that Connecticut’s background check law resulted in a 15.4 percent drop in suicides. After Missouri repealed a similar law, the number of its citizens taking their lives with a gun rose 16.1 percent.

As a writer for The Economist predicts: “If America gave up its guns, suicides would crash.”

Nick Gier of Moscow taught philosophy at the University of Idaho for 31 years. Email him at [email protected]