Mad About Science: Science in 2018

Another year has come and gone. As we usher in ritualistic and often futile resolutions that don’t survive into February, the world just keeps on turning. Though, by nature, we live a repetitive existence, our world is constantly changing thanks to scientific endeavor. Since I don’t have a magic crystal ball or a time travel device to fling myself into the future (and discover the winning lottery numbers!), let’s look at some of the biggest science stories of 2018. 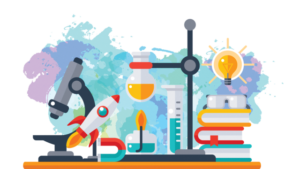 Perhaps the dirtiest phrase at the dinner table aside from “I don’t vote” and “You know, I thought ‘The Room’ was a pretty good movie,” like it or not, it’s happening. Not in 50 years, right now. On Nov. 23, hundreds of climate scientists (people who have spent their entire adult lives researching this stuff) from over a dozen official government agencies released a jarring report about the immediate and long-term impacts of climate change on our economy and our place as a species. Basically, it’s bad, and we’ve crossed a threshold now where just about our only recourse is figuring out how to pull carbon out of the atmosphere. Doable? Sure. Easy? Not in the slightest.

All you “Warhammer 40k” fans rejoice! The path to becoming a Space Marine just got a little clearer. For those of you unfamiliar with the franchise, that’s super scary stuff (They call it “grimdark” for a reason.) Scientists in China announced in November that they had created the first gene-edited human babies. This could potentially destroy things like cancer, Celiac’s disease and a host of other nasty hereditary disorders hiding away behind a massive hospital bill. On the flip side, this also opens the door to the super-rich creating designer babies, where they pay to pick and choose what traits they want their super-baby to have. Anyone hearkening back to the late 1930s will remember a certain line about genetic supremacy, and how that went for the world. In 2018, we were still actively cleaning up that mess.

Breaking news in the midnight hour, New Horizons performed a flyby of the Kuiper Belt object, 2014 MU69, nicknamed Ultima Thule. Ultima Thule is an object believed to be about 20 miles in diameter outside the orbit of Pluto. There’s a bunch of news on this right now if you’re looking for more details, but it’s pretty neat to mention, because it’s the most distant object visited by a spacecraft.

While there weren’t any major breakthroughs for sustainable nuclear fusion in 2018, every day forward marks a day of progress for this energy source. Germany, South Korea and China already have exploratory plants running with promising early results. This could be a reality by 2030 or sooner. Nuclear fusion is basically putting the sun in a box, and using that tremendous energy output to power… well, everything. If we had what was essentially “free” energy, we wouldn’t need to be burning untold amounts of oil and coal to keep our computers, cars, phones or anything else running. The only real byproduct from nuclear fusion is saltwater, and when you have a ball of plasma burning hot enough to evaporate tungsten, I would suspect recycling the literal islands of plastic garbage we’ve been throwing into the ocean would be child’s play. Blast that stuff back into hydrogen, oxygen and carbon, baby!

This is just the tip of the iceberg. I found a bunch of really cool stories I had to cut because I’ve only got so much space. Let your curiosity run wild in the fields of the internet! Just be careful with what you ask Google to find for you.