Back from the dead

A sneak peak at those who bring you the Reader, four years after we came back from the dead

It was four years ago this week that the Reader came back from newspaper purgatory. Founded in 2004, the first iteration of the Reader published every week for over eight years until owners Zach Hagadone, John Reuter and Chris DeCleur threw in the towel and got real jobs.

When Ben Olson and Keokee announced they were partnering to bring the Reader back in January 2015, it was anyoneís guess how long it would last. Now, four years later, this little alt-weekly is stronger than ever, with a loyal following of readers, advertisers and contributors.

To celebrate four years back from the dead, we thought weíd turn the spotlight around and let you know a little about the people who make this publication happen each and every week.

From the staffers to the contributors who write for nothing but glory, this is truly a community project that takes a lot of input to produce.

The next few issues will share with you just who the faces are behind the Reader. Weíll start this week with our editorial staff: Ben Olson (publisher), Cameron Rasmusson (editor) and Lyndsie Kiebert (staff writer). 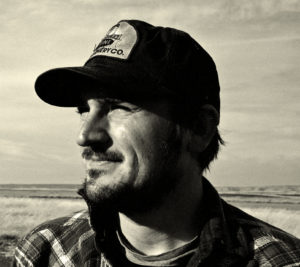 Ben Olson was born and raised in Sandpoint, and graduated from Sandpoint High School in 1999. During high school he worked at Hidden Lakes Golf Resort, first as a cart attendant and later as a PGA teaching professional. He attended Colorado State University, first majoring in history and later communications and journalism.

After college, Ben moved to Los Angeles to work in the film industry, where he worked on over 100 television commercials and documentary films. The most noteworthy project he worked on was “An Inconvenient Truth,” which won an Oscar for Best Documentary Feature in 2006.

Ben was a regular contributor to the first iteration of the Reader, which first published in 2004 and went out of print in 2012. He spent two years working for renowned director and photographer Mark Story as a photographic producer and location scout on Story’s fine art book “Living in Three Centuries.” During this time, Ben also worked as a freelance writer and photographer throughout his travels.

In 2005, Ben’s novel “Wanderlost” was published by Alphar Publishing out of Los Angeles. He has also written three original plays, “Death of a Small Town in the West,” “Sperm! The Musical,” and “The Hunt for the Pend Oreille Paddler,” which were produced on the main stage of the Panida Theater. He is currently working on the fourth, titled “The Last Brothel.”

In what little spare time he has, Ben plays with his girlfriend Cadie in the indie rock band Harold’s IGA, which opened for Sublime with Rome at the Festival at Sandpoint last year. He and Cadie just returned from sailing across the Atlantic Ocean in Dec. 2018 and are now saving to buy their own ocean-going vessel. He enjoys snowboarding, hiking, sailing, canoeing, camping and anything else that gets him away from his desk.

Ben has been publisher and co-owner of the Reader since 2015. 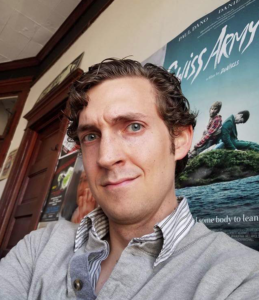 Of all Cameron Rasmusson’s talents and skills, one of them is not writing about himself.

That’s doubly true for writing about himself in the third person, which feels about as natural as wearing underwear on his head.

An award-winning reporter, writer and photographer, Cameron has been a professional journalist for eight years. In addition to his job as Sandpoint Reader editor, he freelances for several local and state publications. He’s covered everything from City Beach goose poop to President Donald Trump’s inauguration and the Washington D.C. Women’s March.

Cameron’s love of writing sparked at an early age during worldwide travels. Born into a missionary family, he spent formative months  in central- and eastern-European countries like Poland, Romania and Slovakia. The result is a lasting journalistic interest in religion, which informed his reporting on stories like the religious underpinnings of the American Redoubt movement.

After studying journalism and history at the University of Montana, Cameron began working his first professional job at the Bonner County Daily Bee as a staff writer. He grew to love Sandpoint for its culture, lake, mountains and people (no word whether or not that love is requited, but y’all are pretty nice most of the time).

At the end of 2014, publisher Ben Olson recruited Cameron to be the editor of the relaunched Sandpoint Reader, which published its debut issue in January 2015. The subsequent years brought many highs — and a few lows. Cameron, for instance, was hurt in 2018 when he wasn’t name-checked alongside Ben in robocalls attacking the paper, even though he worked hard to be included.

In addition to the boating, skiing, hiking and kayaking that comes with the Sandpoint lifestyle, Cameron loves live music, books, games, TV — hell, pretty much all kinds of media. He has a special passion for movies, which motivates projects like the Reader Reels film series. In his spare time, he works on artwork and a fiction project that may or may not see the light of day. 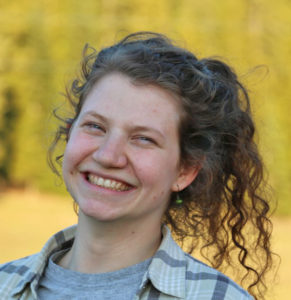 Lyndsie Kiebert was born and raised in Bonner County with a last name that made it so she couldn’t get away with anything.

In 2008, Lyndsie won a poetry contest and was featured in the coffee table book “Sandpoint: A Small Town with a Big Heart.” In it, she said she “always loved writing” and “expressing herself differently.” It was the first of many bylines, and one people like to point out to her while flipping through the book at the dentist’s office.

Lyndsie graduated from Clark Fork Jr./Sr. High School in 2014 and attended the University of Idaho purely on scholarships, where she was a reporter and editor for both the university’s student newspaper, The Argonaut, and the student-run magazine, Blot.

Lyndsie earned a degree in Professional Writing and Journalism from UI in 2017, and went straight to work for the Sandpoint Reader. While she’d interned for the Reader over the summer of 2016, she wasn’t committed to a career in print until publisher Ben Olson brought her onto the paper as the one and only staff writer. In May, she celebrates two years with the alt-weekly.

Lyndsie’s reporting covers everything from news to entertainment and everything between. Her favorite topics to write about include music, environmental issues and profiles of people who do what they love.

When she’s not covering the latest Bonner County public hearing, Lyndsie is likely on a walk with her border heeler puppy, Mac, who is undoubtedly the light of her life. She also enjoys coaching volleyball, hunting, baking, road trips, reading novels and writing things that don’t necessarily appear in the Reader.

Lyndsie and her boyfriend, Alex, live on a family farm in Hope with Mac, their cat Pistol, six chickens and a pigeon named Henry.