In an image-saturated world, where more pictures are captured every two minutes than were made in the previous 150 years, local photographer Woods Wheatcroft remains committed to the power of his artform. 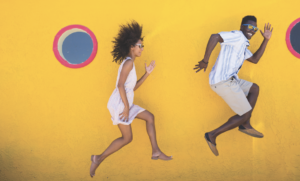 “I’m still tethered to the still image,” he said. “I still think photographs are about the moment. You don’t look at any news or big publication — the images of the year are still just as powerful or more than the videos of the year. A photograph; it just is.”

With a career spanning more than 20 years, the U.C. Berkeley-educated artist has shot pictures for big corporate clients like Patagonia, Kavu and Kleen Kanteen. His work is also regularly featured in publications ranging from Outside Magazine to Sandpoint Magazine and the Reader.

A selection of those images and more — encompassing both his contract and personal work — will go display at a one-night-only exhibition Saturday, Jan. 25 at The Longshot cafe. The show, set for 6:30 p.m., is organized as a slideshow accompanied by music — a format that Wheatcroft said straddles the line between photography and videography, inviting the viewer to contemplate the images while engaging in a freeform narrative. It’s an artistic decision that combines the “archaic form” of slideshows with the very modern way that most people experience images: scrolling on their smartphones.

“It’s storytelling in a way, because in certain moments in the slideshow I’ll do a sequence and you have to follow the sequence,” he said. “It’s a collection of moments that go with the music. … “I think people see in snapshots. They scroll on their phone and it’s one, one, one after another. It’s a fancier way of scrolling.”

Unlike those smartphone photos, which are so often delivered via social media and freighted with elements of aspirational exhibitionism — “look at me in my van on the beach” — Wheatcroft’s pieces are filled with dash and vigor; joyfully celebrating the human form as it interacts with stunning natural settings. Wheatcroft’s images are, quite simply, as fun-loving as they are beautifully composed and captured. Rather than invoking envy in the viewer, they are invitations to join in the adventuring life.

“‘Participatory’ is a fundamental word in my work — being a participant in the landscape versus just being a visitor or an observer,” he said.

That participation goes both ways: both for the viewer and the artist. Wheatcroft makes it a point to collaborate fully with his subjects. When he shoots someone teetering off the stern of a canoe, he has taken that photo while laying on a surfboard next to the boat. When he directs a pair of people to leap in the air or launch from a rocky outcropping into the space above Lake Pend Oreille, he’s doing so with the intention that the viewer feels a sense of their own “stillness in motion.”

“There’s a stopping point in every one of these shots, despite the fact that a lot of the subjects in the images are moving,” he said, referring to a collection of images featured in a 2020 calendar that will go on sale for $10 at the Longshot show. “I feel like that’s the strength of a photo.”

In his conceptual work, which will be the thrust of the upcoming exhibition, Wheatcroft has worked to present “more head-scratching moments.” One image depicts a young girl seemingly floating in a blue cloud-dotted sky, another shows a man — fellow local artist Jeff Dunwoody — perfectly balanced on the crown of his head next to a mountain stream, as if he were a human rock cairn (that one ended up as piece of Patagonia marketing). Yet another is a dolphin captured at the exact zenith of a vault from the water, frozen in space with only the merest indication of its point of departure.

“It feels like an Outside Magazine cover, kind of like the state of the world,” Wheatcroft said. “Hey we’re going to have one dolphin here pretty soon.”

Showing this work is both a chance for Wheatcroft to engage with viewers and to perform some outreach for what he hopes will eventually turn into the opportunity to teach.

“Most of my professors in college just bombarded us with imagery … so that you can see how other people work but ultimately you’re honing your own eye,” he said. “Now it’s ironic because we’re just pounded with images. In seeing all of that imagery, do you still know how to compose one? If you compose one, is there meaning behind it? Teaching is a goal of mine to bring to this town, I just haven’t figured it out yet.”

In the meantime, Wheatcroft is just excited to see how attendees respond to the pieces on display at The Longshot — a space filled with vibrant colors and clean lines that aptly complement his own aesthetic. He looks forward to prompting more questions than answers with his work.

“If someone has to ask, ‘How did you do that?’” he said, flashing a thumbs up, “that’s success for me. There doesn’t need to be an answer to the image, but if you can ask a question and I kind of ignites something in you… a photograph is designed to communicate, and the artist needs to put the energy into and put the elements together to communicate.”