Gerry “Rocky” Seader has been playing the drums since the age of 10 and drumming on the road with classic rock ’n’ roll acts since the age of 18. Barely a legal adult and touring with the likes of Dick Clark, Frankie Avalon and Danny & the Juniors, Seader remembers thinking: “What have I gotten myself into?” 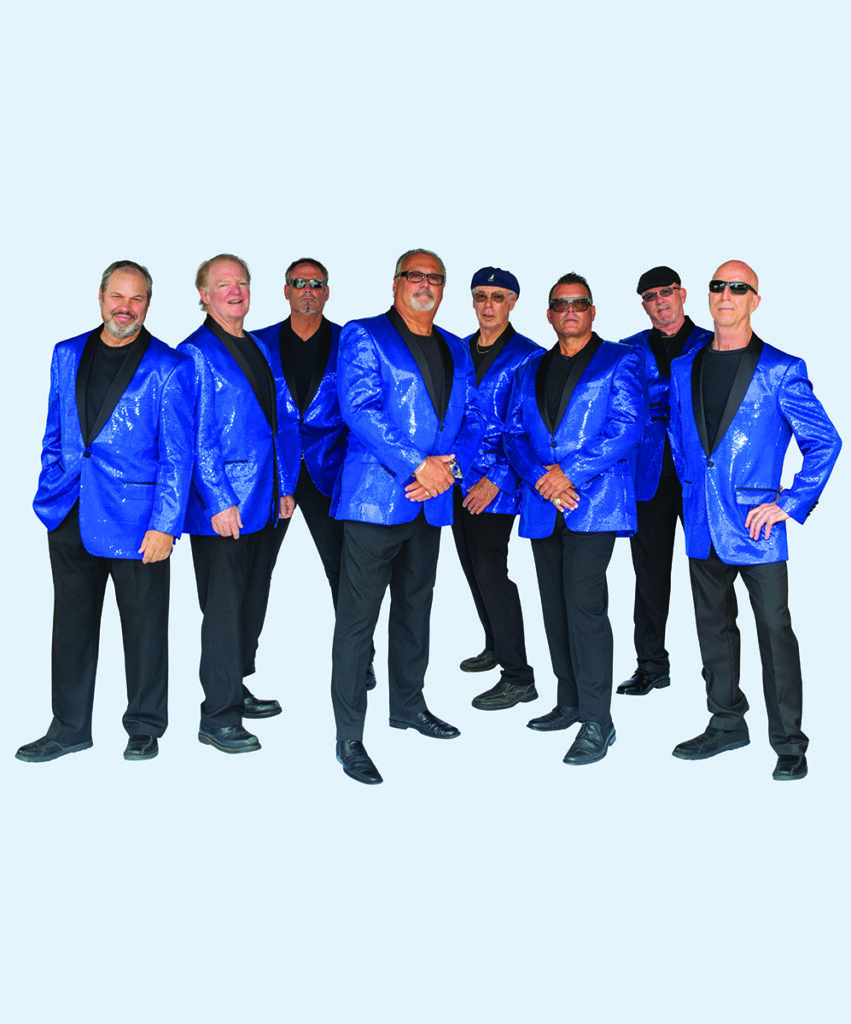 Rocky and the Rollers are ready to let loose at the Bonner County Fairgrounds this weekend for Lost in the ’50s. Courtesy photo.

“That’s it,” the 61-year-old artist said of his lifetime of performing music. “This is my day job.”

That day job has translated into more than 40 years in the business and led Seader to found his band, Rocky and the Rollers, in the early 1980s. The now eight-piece group has been the band for countless rock legends of the ’50s, ’60s and ’70s, traveling the world to play the favorites of generations of music lovers.

Rocky and the Rollers will do what they do best as they perform at the Bonner County Fairgrounds during Lost in the ’50s weekend on both Friday, May 20 and Saturday, May 21 along with ’60s icons Darlene Love and The Righteous Brothers.

Seader called Lost in the ’50s founder and organizer Carolyn Gleason one of his dearest friends, and said the event is made special by the “passion” she has for bringing great artists to Sandpoint for an affordable ticket price. Together, Seader and Gleason have been booking the acts for Lost in the ’50s for more than three decades.

“I still get goosebumps every time I go up there on that stage on opening night,” Seader said. “I can’t explain it.”

When inviting acts to come to Lost in the ’50s, Seader said artists rarely believe him when he tells them that Sandpoint is “the most beautiful place you’ve been in your life.”

“It’s a sleeper show. It’s a sleeper town. It’s a sleeper event. Everybody goes, ‘Sandpoint, Idaho — where’s that?’” Seader said, adding later: “Then we cross the bridge into Sandpoint. They see the mountains and the lake and this little, quaint town, nestled in what I call God’s country. The acts look at me and go, ‘You were right.’”

That reaction is only heightened by the musicians’ experience playing at the fairgrounds, Seader said, as concertgoers’ enthusiasm and respect for the music is palpable.

Seader said the multi-generational “camaraderie” at Lost in the ’50s is also special, and is reflected in Rocky and the Rollers’ multi-decade musical act.

“We take people through a journey,” he said, adding later: “You’re getting lost in decades of rock ’n’ roll, not just the ’50s.”

Seader said he wants to give Gleason “all the credit in the world” for creating such a unique and enjoyable event with Lost in the ’50s.

“She believed in Rocky and the Rollers,” he said. “We believed in each other, and what we could do for each other. I’m just glad to be a part of it.”