Panida to host four films in honor of Pride Month

Made possible through a grant from the Bonner County Human Rights Task Force, the free film series spans two weeks and includes Call Me By Your Name, Portrait of a Lady on Fire, A Fantastic Woman and Sublet. 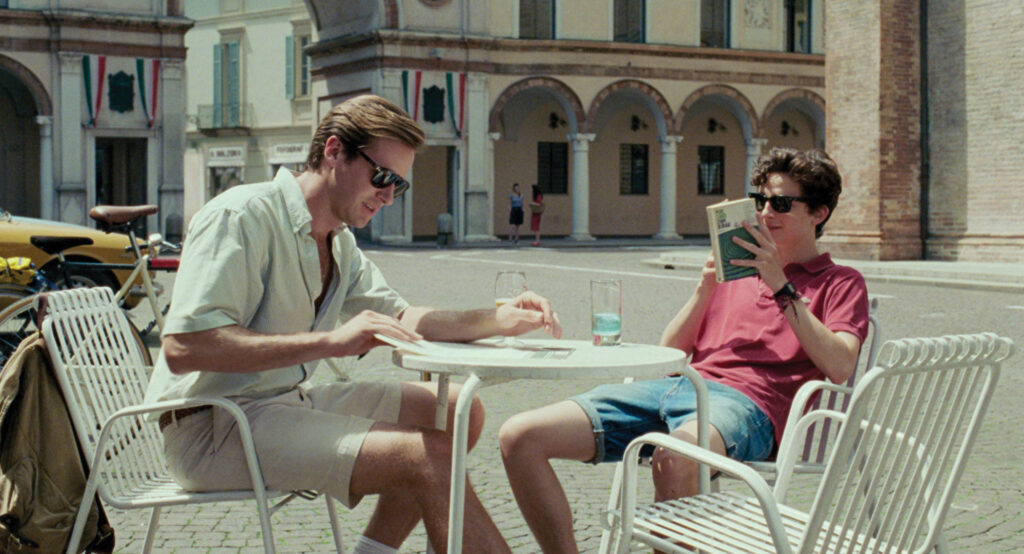 A screenshot from the film Call Me By Your Name playing at the Panida June 20. Courtesy photo.

Starring Timothee Chalamat and Armie Hammer, the 2017 film by director Luca Guadagnino is set in northern Italy in 1983. Chalamat plays 17-year-old Elio Perlman, who is summering with his family when 24-year-old Oliver (Hammer) arrives to work as a doctoral student under Elio’s professor father.

Over the course of their time together, Elio and Oliver form a relationship that serves as an awakening for both in what rogerebert.com in its four-star review described as “a lush and vibrant masterpiece about first love.”

Adapted from the 2007 novel of the same name by Andre Aciman, Call Me By Your Name earned rave reviews all around, with a 94% score on Rotten Tomatoes and 93% from Metacritic.

The film earned four Oscar nominations in 2018, including Best Picture. For his role, Chalamat received a nod for Best Actor.

Meanwhile, Call Me By Your Name screenwriter James Ivory won the Academy Award for Best Adapted Screenplay, as well as the Critics’ Choice Award, British Academy Film Awards and Writers Guild of America Awards in the same category.

A nuanced coming-of-age story, Call Me By Your Name is as much about desire as it is the process of knowing oneself — especially through the labyrinth of happiness and heartbreak that lies at the heart of love itself.

Released in 2019 and written and directed by Celine Sciamma, the French-language film is set in the waning years of the 18th century on an island in Brittany, to which a female artist has traveled to paint the portrait of a young aristocrat before her marriage to a far-off nobleman.

The twist is that the aristocrat Heloise (Adele Haenel) has recently left a convent following a family tragedy, opposes her own betrothal and therefore refuses to be painted. Under orders from Heloise’s mother, the painter Marianne (Noemie Merlant) is to serve as a paid companion while painting Heloise in secret.

True intentions are revealed by stages as the two women grow closer, resulting in a love story that is told across past and present timeframes, as well as art forms.

Portrait of a Lady on Fire won a raft of awards around the world, including first place for Best Screenplay and the Queer Palm at Cannes — where it was also nominated for the Palm d’Or — as well as Best International Independent Film at the British Independent Film Awards, the European University Film Award at the European Film Awards and Best Cinematography at the Golden Globes, among many others.

Earning a 97% on Rotten Tomatoes and 95% on metacritic, rogerebert.com in an interview with writer-director Sciamma called Portrait of a Lady on Fire “incandescent filmmaking of the highest order.”

Other films in the Panida Pride series include A Fantastic Woman on Monday, June 27 and Sublet, which will screen on Tuesday, June 28. Both shows are at 7:30 p.m. Find more about those films in the Thursday, June 23 edition of the Reader. All films are free and doors open at 7 p.m.

Tags: call me by your namefilmslgbtqpanidaPortrait of a lady firePride