By Sophie Poldermans
Special to the Reader

My brain foggy from lack of sleep, jet lagged, mixed with a jolt of excitement and curiosity, I stared out the window of a misty-blue four-wheel drive. It was the late summer of 1999. My new host mother radiated warm smiles, making me feel truly welcome. We were on our way from the Spokane airport to Sandpoint — a tiny dot on the map, 4,687 miles from my home in the Netherlands.

As a city girl embracing the liveliness and anonymity of a city, I had been a little disappointed at first when assigned to student exchange in a town with more green map space than cityscapes. I had set my mind on San Francisco and was sent to the countryside instead. 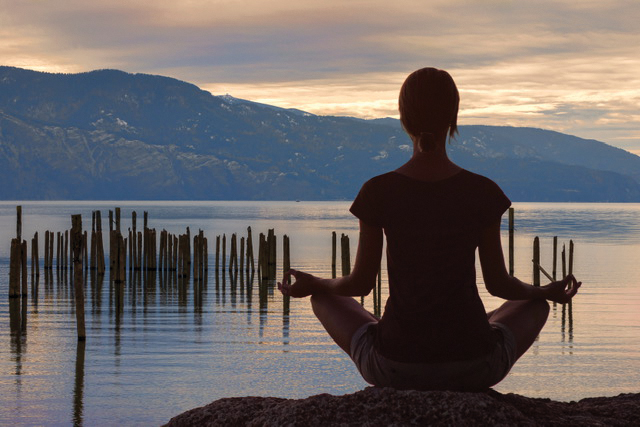 As the green scenery flashed by, my mind started to drift. Despite my enthusiasm for starting a new adventure, a sudden sense of panic hit me. What on earth was I doing, so far from my family, friends and familiar surroundings?

At barely 18, I was standing on the verge of growing into the woman I have become now. My host mother kept an eye on me through the rearview mirror. Then she pointed toward a bridge that seemed to stretch endlessly, crossing an abundance of deep blue water, its surface reflecting the streaks of sunlight.

Several ridges of tall, strong mountains loomed at the horizon, displaying a stunning palette of greens, blues, purple and gray. Coming from a country below sea level I gaped at these majestic masses. I only knew them from pictures in National Geographic. Captivated by their beauty, but also intimidated by the mysterious and ominous peaks, I was in awe.

“Every time I cross the Long Bridge, I feel like coming home,” grinned my host mum.

Throughout my stay, I constantly felt like I was starring in a movie, my mind rushing to keep up with all the new impressions. Once I had a date who, with a little fantasy, looked like Keanu Reeves in Speed. When he picked me up he chuckled, “Yeah, I just parked my horse outside.” When he indicated that he found cities dirty, polluted and overcrowded, I felt offended, but soon began to understand his craving for fresh air, cleanliness and the outdoors. The skyscraper silhouettes of the city blocking all view, started to crumble in my mind. My snobbishness faded like the pale tones of Venetian Vivaldi’s winter season, to pave way for the wide-open spaces applauded by the Dixie Chicks.

I bathed in the warmth of the town; the festive holidays; the short, dark winter days; and I was astonished when my snow dances worked. I admired hand-crafted cabins on the waterfront set against the background of deep dark forest. The famous television painter Bob Ross would be deeply inspired by this magical place. I could almost hear him muttering the words: “Mmm… something is missing,” then swiftly adding a huge splash of bright yellow paint in the middle of a cabins’ window. “There. We need some light; some coziness.”

For me the light had definitely switched on. I embarked on all sorts of outdoor activities. From hiking, kayaking and swimming to learning how to ski overlooking Lake Pend Oreille from Schweitzer and inhaling the fresh cold air awakening my lungs. The icy, slippery roads were flanked by snow-covered trees that looked like giant snowmen. I would spread my arms and scream from the top of my lungs “I am the queen of the world!”

I never felt so at home, alive and attuned with nature.

Only decades later I learned that nature and spending a massive amount of time outdoors would calm the brain, slow down the prefrontal cortex and reduce stress effectively. Florence Williams states in her book, The Nature Fix, that nature makes us happier, healthier and more creative — the colors green and blue, of trees and water, being especially restorative.

No wonder that when the COVID-19 pandemic struck it was plants that people bought, not TVs or computers. When the world shut down and everybody held their breath the skies above Beijing and Los Angeles were clearer than ever. It was to city parks, beaches and the woods that people were drawn. I traded my designer heels for hiking boots and found solace in the tiny bit of nature that is left in the Netherlands. Existential fear, trauma and stress faded with every step on my hiking trail, not vanishing completely but feeling manageable and acceptable. A welcome break from heated political discussions and increasing polarization. I would watch Virgin River on Netflix because of the beautiful, calming nature scenes that reminded me of the Pacific Northwest.

In this very pandemic I also discovered the benefits of yoga, deep breathing and meditation. Being a world traveler, I always found solace in the closeness of an airport. Now the borders were closed. All I had left were my memories and imagination.

The Chinese word for “conflict” consists of the characters for both “crisis” and “chance.” We can employ this interpretation for introspection, reflection and discovering our true core values. Now that I am older, I crave for more space and green. I moved from the overcrowded city center of Amsterdam to the smaller town of Haarlem; yet, I long for more space, green and quiet. The pandemic has accelerated this process.

I sit down, hands on my lap, and close my eyes. In my meditations, images of Sandpoint and its soothing surroundings keep popping into my head. This is where I discover the essence of being and the ability to travel without going anywhere, as Pico Iyer states it in his book, The Art of Stillness: Adventures in Going Nowhere. In my mind’s eye, I find solace in revisiting Sandpoint, my second home.

Sophie Poldermans is a Dutch author whose 2019 book Seducing and Killing Nazis became a New York Post and Amazon seller. She is the founder of Sophie’s Women of War (sophieswomenofwar.com), which sheds light on women leaders in times of conflict, crisis and change. Poldermans is also an international speaker, lecturer and consultant on women and war, and women’s leadership advocating women’s rights around the globe.