February is Black History Month and, to celebrate, I’ll be writing about some amazing Black scientists and inventors throughout the brief history of the United States, as well as the incredible accomplishments they’ve shared with the world. 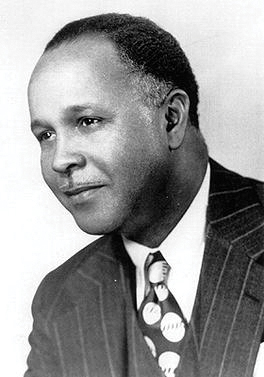 It’s important to acknowledge the adversity that these thinkers experienced — the barriers thrown up before them weren’t accidental or happenstance, but targeted systems built to establish and maintain an unfair status quo.

Acknowledging the struggles and burdens imposed on Black Americans by white supremacist policies, opinions and actions in the past and present should make us sad. It should make us angry. It should make us uncomfortable. Even if we aren’t personally responsible for the transgressions of those who came before us, it’s important to feel these things so that we can ensure those transgressions never occur again; so we can leave the world a better place than we inherited.

It’s important that we listen — really listen — to the stories of people of color, and that we acknowledge and understand the challenges they face and how incredible it is that so many people were able to overcome these trials and still do something great in the world for everyone who would follow them, regardless of the color of their skin.

If, for whatever reason, this subject upsets you, just turn the page.

For everyone still here, let’s learn about an awesome chemist who may have helped someone you love.

Percy Lavon Julian was born on April 11, 1899 in Montgomery, Ala. He was the first child of six overachievers, all of whom graduated at one point or another from DePauw University in Indiana. During this time in Alabama, Black Americans were prohibited from learning at public schools past the eighth grade. Ever the scholar, Julian managed to skirt the rules and began college classes at DePauw while also finishing his high school classes outside of the Jim Crow South.

Indiana wasn’t a whole lot kinder than the South. Greencastle, Ind., was still a segregated town. Julian took numerous jobs while studying, including manual labor, waiting tables and other jobs for a fraternity on campus. This eventually led to him being allowed to sleep in the attic of the fraternity house, as the boarding house he had been staying at refused to feed him because of his skin color.

Despite all of this and more, Julian graduated from DePauw as a Phi Beta Kappa and valedictorian — a difficult feat for anyone, let alone a Black man in the 1920s.

With his diploma in hand, Julian accepted a teaching position at Fisk University in Nashville, Tenn. In order to obtain his M.S., and eventually a Ph.D., he would have to prove that he could teach as well as he could learn. After two years, Harvard offered him a position, but it was soon revoked. He traveled to the University of Vienna in Europe, where he would become one of the first Black Americans in the world to earn a doctorate.

A passionate chemist, Julian returned to the U.S. to teach and experiment. He and a fellow Vienna alum, Josef Pikl, managed to synthesize a compound called physostigmine. This is a poisonous substance derived from the Calabar bean, however, it was used to treat glaucoma. The function of physostigmine is fairly complicated, so if you’re curious about its interaction with the eye and how it treats glaucoma, you may want to stop by the library and poke around the anatomy section.

Dr. Julian was eventually accepted to the Glidden Company in Chicago, where he took the position of research director in charge of soy. While this may sound fairly mundane at first glance, you should know that a huge amount of our medical accomplishments rest on the humble soybean. Steroids, in particular, were of great interest to Dr. Julian.

I know what you’re thinking and, no, we aren’t talking about steroids destined for the baseball diamond, but those were indeed a byproduct of research into soy. Instead, Dr. Julian was more interested in figuring out how to cheaply synthesize progesterone, a sex hormone that aids mothers during pregnancy and both mothers and babies during birth.

The key to this research was a compound called stigmasterol, a compound that helps the membranes of plant cells maintain their shape and structure and keep from dissolving in water. Dr. Julian discovered that introducing water to soybean oil would produce stigmasterol as a byproduct, and this worked at very large scales. At one point, water had leaked into a vat containing purified soybean oil and created a funky congealed substance in the tank.

That substance, a big glob of stigmasterol, was the key to being able to mass produce synthesized steroids. If you’ve ever suffered from pain due to inflammation, you’ve likely been prescribed steroids that were easily covered by your insurance. You have Dr. Percy Lavon Julian to thank for that affordability.

However, one huge accomplishment wasn’t enough for Dr. Julian. He was also responsible for synthesizing cortisone and hydrocortisone.

Cortisone is a cortical hormone from our adrenal glands that acts to manage pain. Hydrocortisone is a steroid that works to calm your immune response, which reduces swelling and the associated pain. Most pain in your body is due to swelling, which is frequently caused by our immune system being hyperactive and attacking our healthy cells instead of, or in addition to, foreign bacteria and viruses. Hydrocortisone is frequently used to treat rheumatoid arthritis, which is an autoimmune disease where your immune cells start attacking bone, cartilage, tendons or ligaments.

While we don’t know what causes RA, we do know that hydrocortisone helps alleviate the reaction and the swelling, and you have Dr. Julian to thank for that as well.