An acclaimed coming-of-age documentary based in a small Florida town serves as the next film in the Panida Theater’s Virtual Viewing Rooms Series. The theater will offer virtual screenings of Pahokee Friday, May 15 through Monday, June 1. The film will be accessible from home with a $12 purchase to benefit the theater. 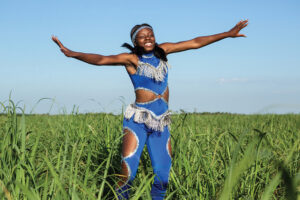 Pahokee follows the lives of four teens in Pahokee, Fla., during their senior year of high school. They balance academics, athletics, financial struggles and even parenting all while attempting to plan a future that will make their community proud.

The power of Pahokee stems in part from the sensitivity of first-time directors Ivete Lucas and Patrick Bresnan. While a documentary following the trials of teenagers in an impoverished town could very well land with a thud of hopelessness, Lucas and Bresnan inject a levitating sense of empathy. As one reviewer from the Pittsburgh City Paper put it: “In the hands of other filmmakers, Pahokee could have felt voyeuristic, but they approach their subject with familiarity and comfort. They’re rooting for the kids, too.”

Pahokee boasts a 100% rating on Rotten Tomatoes, and made waves at film festivals across the United States in 2019. It serves as a snapshot of modern teen life, in which the youth harbor most of the town’s hopes and dreams.

“Every now and then comes a documentary that feels like an American landmark,” wrote Pat Mullen, of POV Magazine. “Pahokee is one of those films.”

Next, the Panida will offer screenings of Spaceship Earth, a documentary following eight people who quarantined themselves in a replica of Earth’s atmosphere — dubbed BIOSPHERE 2 — for two years in the early 1990s.

To access the Panida virtual screenings, go to panida.org and click the “tickets/events” button at the top of the page. Streaming costs $12 and films can be viewed anytime during the 72-hour period following payment. All proceeds benefit the Panida.