Commissioner McDonald: Wheeler is ‘loading the deck to force an outcome’

Sheriff Daryl Wheeler took the opportunity during the public comment period of the Bonner County commissioners’ May 31 meeting to announce the formation of an audit committee to guide how the county will spend American Rescue Plan Act funds — a $9 million pot of federal money that has served as the subject of fierce debate since late 2021.

The committee, meant to create a framework for spending federal assistance, now sits at the center of a debate between Wheeler and the county commissioners — in particular, Commissioner Dan McDonald, who told the Reader that he sees it as an attempt to usurp power and encourage a biased outcome regarding how to spend ARPA money in particular.

“[T]his appears to be their first attempt to undermine the authority of the commissioners per state statute,” McDonald told the Reader in an email, alluding to what he described as months of “clandestine meetings at the Sheriff’s office” between certain elected officials. 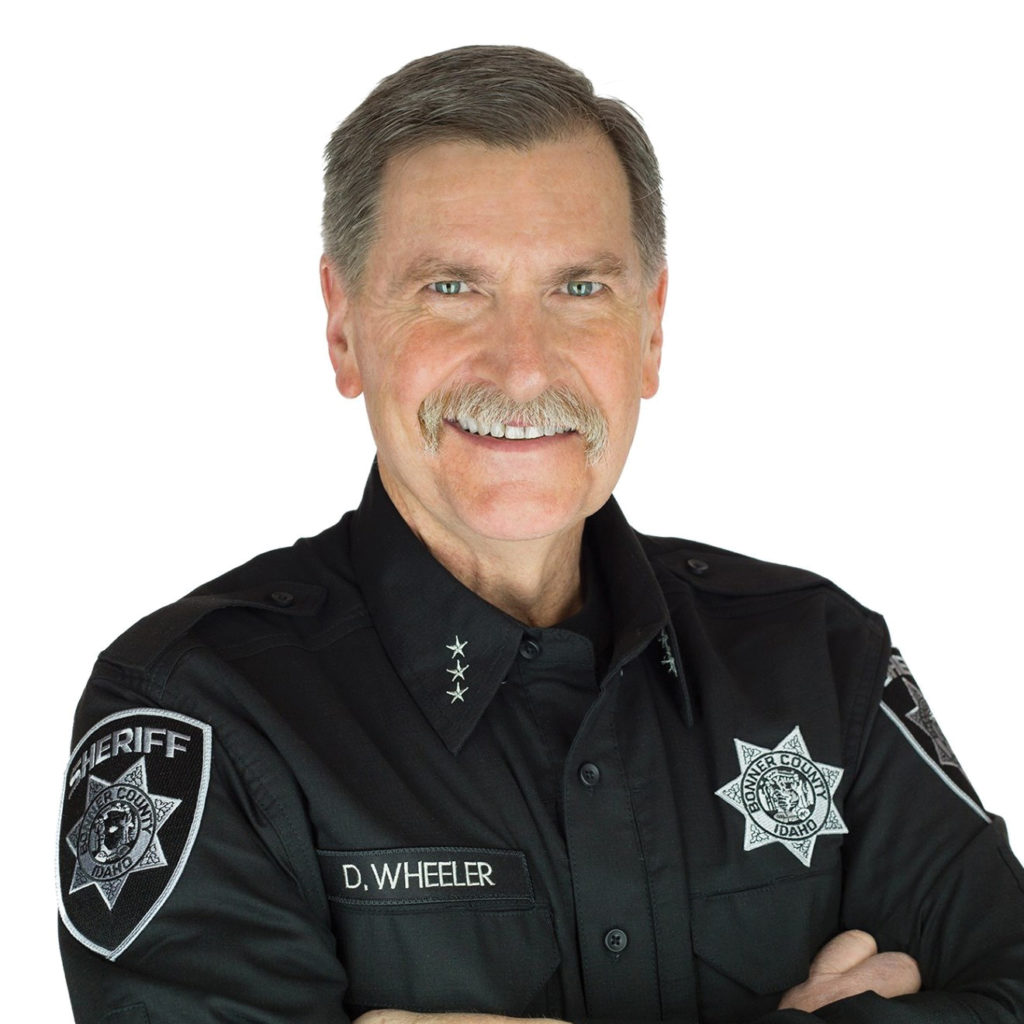 “While on the surface, this looks like a good offer, in the context of what we have been seeing out of some of the other county electeds, we understand this as yet another attempt by them to undermine the commissioners’ area of responsibility,” he added.

Wheeler contends that the county’s elected officials maintain “independent Constitutional authority” over their individual offices based on the Idaho Supreme Court case Allied Bail Bonds, Inc v. County of Kootenai, and that their power “does not derive” from the county commissioners.

“Each County Elected Officer is a top-level elected official who is in no way inferior to the BOCC in its domain,” according to the committee charter, which garnered signatures on May 17 from Wheeler and five other elected officials in the county, including the prosecutor, clerk, treasurer, assessor and coroner.

“Based on our preliminary research, we have determined that ARPA funds are likely subject to section 303,” Wheeler said at the May 31 BOCC meeting, referring to Title 2, CFR 200.303 from the Code of Federal Regulations, which pertains to how non-federal entities manage federal awards.

“Consequently, until such time as Bonner [County] can develop and adequately implement a 303 program, the ICCO [Individual Constitutional County Officers] believes that the ARPA funds cannot be expended,” he continued.

The creation of the 303 framework, according to Wheeler, will “set various operational, reporting and compliance objectives narrowly tailored to enable the conduct of detailed risk-assessment” as it relates to spending federal assistance. Wheeler encouraged the county commissioners to create their own guidelines, and “after both preliminary plans are developed, the [ICCO] and BOCC can come together in conference and hopefully agree on a common 303 framework enabling the spending of ARPA funds.”

Also as a part of this effort, Wheeler said the officials launched an Internal Control Development Subcommittee — of which he is the chair — to draft the 303 framework. Also on the subcommittee are County Commissioner-elect Asia Williams and Assessor-elect Grant Dorman.

“The Auditor, as chief budget officer, shall not consider Federal Financial Assistance 303 compliant for budget purposes unless the ICDS or the 303 Audit Committee first deems that Bonner [County] has an effective system of internal control as defined by the framework or similar standard,” the committee’s charter reads.

ARPA has remained a heated issue since concerns first surfaced in the fall that spending the money could obligate the county to adhere to federal mandates surrounding COVID-19 mitigation, such as masking or vaccine efforts. County legal counsel has since issued an opinion that using the ARPA funds likely will not lead to such obligations. Still, there is skepticism.

Bonner County Commissioner Dan McDonald told the Reader that the board has discussed the 303 requirements, but has not activated a committee on the topic, “as we were waiting originally for the legal opinion to come back that was spawned by what was a conspiracy theory regarding the potential for Presidential Executive orders, etc.”

“Our attorney Bill Wilson collaborated on what is a very sound legal opinion that made it clear to the Commissioners that the fears expressed by some in the public were unwarranted,” he continued.

McDonald said that “accounting and finances are not the sheriff’s wheelhouse” and noted both Williams’ and Dorman’s shared public stance against using ARPA money, which came up several times during the primary election.

“Clearly, this is a case of loading the deck to force an outcome that the Sheriff wants and not what’s best for the people of the county,” McDonald said.

In response to that allegation, Wheeler said: “The law is clear. The Committee of Individual County Constitutional Officers is following the law.”

A request for comment from the Idaho Association of Counties regarding whether any other Idaho counties had launched 303 audit committees went unanswered before press time.

“All in all, to what end do some of these other elected officials think this will go?” McDonald said. “The ICCO’s efforts certainly are not in keeping with what the voters elected these folks to do for them, but instead appears to be more of an attempt to violate state statute in hopes to gain more power and control beyond their own authority while creating drama and division within the county.”