Chief Coon on school safety: ‘What it really comes down to is all we can do is be ready for when it happens’

Eight days after the mass shooting May 24 at Robb Elementary School in Uvalde, Texas, which left 19 students and two teachers dead, as well as 17 others wounded, Sandpoint Police Chief Corey Coon addressed the Sandpoint City Council at its June 2 regular meeting regarding school safety.

“What it really comes down to is all we can do is be ready for when it happens,” he said, going on to refer to all branches of state and local law enforcement when he added, “If there’s an issue that takes place in our community … each and every one of those guys will not hesitate to lay down their lives.” 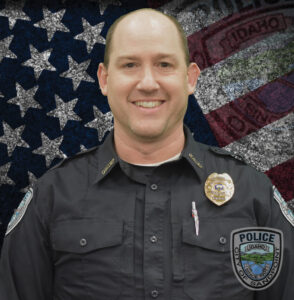 The law enforcement response to the Uvalde mass shooting has come under scrutiny in the week following the tragedy, during which the 18-year-old shooter was inside the building for more than hour while police remained outside restraining — and in some cases tasing and cuffing — parents desperate to gain entry and save their children. It wasn’t until U.S. Border Patrol tactical agents arrived that officers stormed the school and killed the shooter.

According to numerous national media outlets, there had been 17 mass shootings around the country in the week following the killings in Uvalde — 12 of them over the Memorial Day weekend alone.

Sandpoint Mayor Shelby Rognstad opened the June 2 meeting of the City Council with a proclamation recognizing Friday, June 3 as National Gun Violence Awareness Day, which he said was “particularly fitting in the wake of the Uvalde massacre just days ago.”

Rognstad cited figures that 110 Americans are killed and 200 are wounded by gun violence every day in the U.S., where an estimated 6,000 gun homicides occur per year and Americans remain 26 times more likely to die by gun violence than in any other high-income nation.

“We renew our commitment to reduce gun violence,” he said, doing “all we can to keep firearms out of the wrong hands and encourage responsible gun ownership to keep our children safe.”

In observance of National Gun Awareness Day, participants are asked to wear orange — worn by hunters to ensure their safety.

In his presentation, Coon recognized that “concern about school safety over the past week has been on all of our minds” and noted that his department has been asked, “What is the Sandpoint Police Department doing to protect our students and our schools?”

He briefed councilors on the “team effort” between school district leaders, city and county officials, first responders, mental health professionals and the public, though concentrated on the partnership between SPD and the Lake Pend Oreille School District.

Coon said doubling the number of school resource officers to two has made students “feel comfortable speaking with them about issues that are occurring in their personal and home lives” and contributed “a deterrent for potential misbehavior or delinquent activities.”

“Recently, because of the Texas shooting … schools have gone back and started emphasizing the single point of entry,” he said.