Some of Lilla’s earliest memories are of writing songs.

The self-taught pianist and Portland-based R&B artist said she can’t remember a time she didn’t love music. As she discovered genres like soul, jazz and gospel throughout her childhood, Lilla said it felt as though her world was opening up. 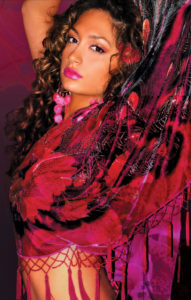 Lilla will bring her signature blend of new and old soul sounds to Sandpoint July 17.

“I always had songs inside of me,” she said. “It’s just gotten to be a bigger part of my life.”

Lilla began her solo music career as a teen, driven by the urge to write songs and simply “have them out,” she said. Her influences expanded to include rock, hip hop and reggae artists, and her experience grew as she joined other bands and projects.

A 2014 graduate of the elite Berklee College of Music in Boston, Lilla has since returned to performing solo, which brings her center stage Wednesday, July 17 at Farmin Park as part of the free, family-friendly Washington Trust Bank Sandpoint Summer Series of concerts.

Lilla self-produced her first two albums — “Music Trance” (2006) and “The Awakening” (2014) — while her 2018 single, “Don’t Stop the Music,” hit No. 34 on the Billboard Dance Club Chart in the United States. The pop tune, which incorporates horns and a thumping beat, had even more success in the United Kingdom, where it reached the top 10 on the Commercial Pop Club Chart.

“I feel confident knowing that I can do this and make music that I’m really proud of on my own,” she said. 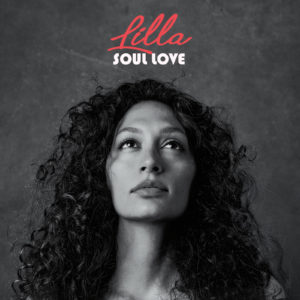 Sandpoint concert goers will be some of the first to hear tracks off Lilla’s new self-produced album, “Soul Love,” which has no set release date, but pre-release copies will be available to purchase at next week’s show.

Lilla said the album’s title track is “about having a love for something that’s just unexplainable on a very deep and almost out-of-this world level, whether it’s a person, or a thing or a concept.”

“Soul Love” harkens to Lilla’s R&B and soul roots, combining modern R&B vibes with Motown sounds. She said the Farmin Park show will consist of a mix of those “old and new” soul styles.

The Sandpoint Summer Series, new this year from Mattox Farm Productions, is meant to provide people of all ages a space to unwind and dance —  something Lilla said she’s excited to see.

“When I go to a show and it’s outdoors and family-friendly I just feel like people are able to express themselves in a different way,” she said. “Anytime you can do something for the community that brings people together, and it’s just to share and connect and have fun — those are amazing events to be a part of.”