A bygone age of music

When Sandpoint musician Patrice Webb was growing up, her father played piano in speakeasies during the Prohibition.

“My grandma used to make moonshine in the bathtub,” Webb said. “During that time, we played everything from show tunes to jazz and acoustic blues. He also loved more avant garde forms of blues. I used to sing around the piano with him when I was a little girl.” 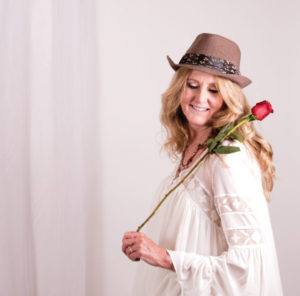 Webb decided to honor her father’s influence on her own music career by releasing an album covering some of her favorite traditional songs of yesteryear. The album, called “In My Sentimental Dreaming,” contains 11 tracks that will remind you of a simpler time. The album pays tribute to swing and acoustic blues of the ‘20s, ‘30s and ‘40s, as well as a nod to early swing.

“This kind of music stayed popular through the years,” Webb said. “It has its ups and downs, but when there are a lot of problems in society, like how we’re living in difficult times today, listening to these old songs conveys a certain mood. Even if they are sad love songs, they still make you feel good.”

Webb said she was most intrigued by the sound that would come out of a small combo swing band that would be playing in quaint clubs instead of big stages.

“The trios and quartets were real big in the bars and night clubs back then,” she said. “There’s an honesty there in that whole genre of music that I find really compelling.”

The album was produced by Conrad Nelson, who has done all three of Webb’s recording projects.

“He was inducted to the Western Swing Hall of Fame a few years ago,” Webb said. “He has a talent. Where I look at a group of songs and say, ‘Let’s put a mandolin in there,’ he looks at the whole project and asks himself what it sounds like when it’s done.”

Webb was also pleased to include guest musician Joe Craven on the album.

Webb will showcase her new album during a live performance at Di Luna’s in Sandpoint on Friday, April 19. The show begins at 7:30 p.m., and doors open at 6 p.m. for those who would like to include dinner.

Webb will be joined by Tom D’Orazi and Lonny Hawkins to complement the live trio.

“Di Luna’s is absolutely one of the best listening rooms in the Northwest, honest to goodness,” Webb said.

Purchase your copy of “In My Sentimental Dreaming” at Di Luna’s Friday night, or check out Patrice Webb’s website at www.PatriceWebb.com.